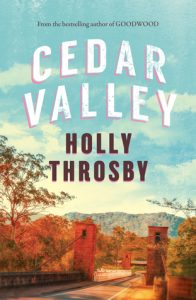 It’s January round-up time again, and like last year, we’ve had a decent number of reviews posted. All that summer-time reading has done us proud.

As you’re probably aware, the awards season has started. The Indie Book Awards shortlist was announced in January, so look for my comment on those below. So far in February, we’ve had the announcement of the Stella Prize longlist and the winners of the Victorian Premier’s Literary Awards. However, as this is a January round-up, I’ll leave those for February …

January is always a good month for reading – at the beach if it’s pleasant, or in air-conditioned comfort if not! The result was a good month with 54 reviews posted for Literary and Classic books – just a couple less than last January, but still making a good start to our year. Here are some statistical highlights:

Since there are too many here for me to describe in one post, I’ll choose just a couple, starting with Louise Mack (1870-1935) who had three books reviewed. Bill (The Australian Legend) reviewed her schoolgirl novel Teens, and I (Whispering Gums), reviewed its sequel, Girls together, while Nancy, over in the Netherlands, reviewed her memoir, A woman’s experiences in the Great War. Mack was a fascinating woman. She was in Belgium when the war started, and worked as, says Nancy, “the first woman war correspondent for the Evening News and the London Daily Mail. This book is her eye-witness account of the German invasion of Antwerp. 28 September – 10 October 1914 (1 week and 5 days).” Nancy described the book as “Good eye-witness reporting…but very outmoded” in approach and style, which is probably not surprising, given its time-frame.

Two participants wrote about Mary Grant Bruce’s Billabong books. Michelle Scott Tucker, author of the biography, Elizabeth Macarthur: A life at the edge of the world, wrote about the whole Billabong series. Like me who read my mother’s old copies of these books, Michelle read her mother’s friend’s copies, and said she “was transported”. While recognising that the books suffer now because they exhibit their time’s attitudes to race, gender and class, Michelle says that at their best they

championed the values of independence, mateship, hard work (for women and children, as well as men), and bush hospitality.

However, she concludes that because their values are disturbing to us,

Their value now is more for their insights into a not-so-distant historical period and mindset, rather than as a book that a modern child might thrill to read by torchlight, under the covers.

Brenda (GoodReads) reviewed Captain Jim, the sixth in the series. It is set in England during World War 1, and tells about a home set up by the series’ heroine, Norah, and her father, to help soldiers newly released from hospital to recover completely before heading back to war. Brenda greatly enjoyed the book, saying that “it’s exceptionally well written (originally published in 1919) and both heartwarming, and heartbreaking”.

We have two non-fiction categories here at the Challenge: “history, memoir and biography”, and – well – the rest (aka “non fiction, general”)! Most of our non-fiction reviews fall into the former category, and most non-fiction isn’t flagged as literary, but this month we had three. Two have been short and/or longlisted for literary awards – Chloe Hooper’s The arsonist, and Maria Tumarkin’s Axiomatic. Being listed for significant literary awards like the Stella Prize or the Melbourne Prize for Literature automatically qualifies a book as “literary”, but otherwise the decision can be subjective. Our readers seem to have agreed that television journalist Leigh Sales’ book, Any ordinary day, should also be tagged “literary”.

Chloe Hooper’s The arsonist is garnering a lot of attention, partly of course because its subject is so close to Australia’s heart in summer. Kate (booksaremyfavouriteandbest) explains why it is seen as “literary”. It has a “compelling narrative”, the writing is “poetic”, and Hooper “manages to include the necessary factual information without slipping into pure journalistic reporting”. All these point to its being firmly in the “creative non-fiction” genre. Calzean reviewed it briefly on GoodReads, describing it as “scary” and “complex due to the mental state of the arsonist”.

I reviewed Maria Tumarkin’s Axiomatic, a collection of essays which interrogates some of those axioms we tend to accept as given – such as “time heals all wounds” and “you can’t step in the same river twice” – revealing that there’s a lot more to these so-called “truths” than we think. It’s an idiosyncratic, provocative book, written in a style that keeps you on your toes, but it is compelling and, importantly for me, compassionate.

Three participants reviewed Leigh Sales book: Brona (Brona’s Books), Life After Sixty-five, and Kali Napier (GoodReads). Life After Sixty-five liked the way Sales blends her research and investigation with some very personal questions about trauma, tragedy and “why me?” She says that

this book is worthy of a bright highlighter, something I couldn’t use on my borrowed library book. There is not a waffling word in this generous, searching and compassionate quest for answers to some big questions.

Brona was initially sceptical – after all, a big journalist writes a book and gets big publicity – but says she was “very wrong” to have doubted! The book, she says,

is all about reminding us that the big stuff can happen at any time and that we should remember to be grateful for, and savour, the everyday, ordinary moments, for ‘they’re not so ordinary, really. Hindsight makes them quite magical‘.

Kali Napier (GoodReads) was not as enamoured as our other two reviewers, feeling that Sales’ sense of “randomness” is not completely valid. Kali argues that “society is not a level playing field. For many, traumatic events, grief, loss and acts of violence are more LIKELY to happen to them because they don’t live in the bubble of being white, middle-class, beautiful, loved, etc etc.”  I haven’t read the book, but this question has crossed my mind when I’ve heard this book discussed. Anyhow, in the end Kali is concerned:

So much focus on ‘good people’ who aren’t ‘deserving’ of the events that befall them implies the inverse: that there are bad people out there, and they are more deserving of being blindsided.

But, she says, this is her “subjective gut reaction”. Sounds like we need more readers and reviewers! Interested?

The shortlist for the Indie Book Awards – which are voted by Australia’s independent booksellers – was announced on January 16. There are books by women in each of the three main categories of interest to my section. All have been reviewed for the Challenge, which is pleasing to see, though not all in January.

The winners will be announced on 18 March at the 2019 Leading Edge Books conference in Adelaide.