General Fiction Round Up: January 2019 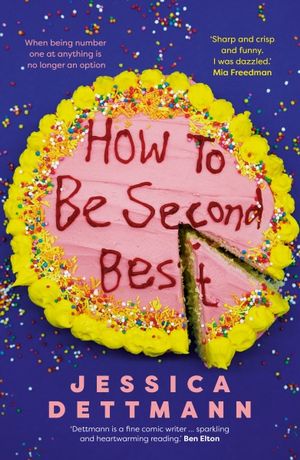 January went by so quickly that I didn’t managed to put up a review of my own, even though I did read a number of AWW titles, including Heather Rose’s Museum of Modern Love and Dancing on Knives by Kate Forsyth. I’m currently reading the  fourth in Sulari Gentill’s Rowland Sinclair series, Paving the New Road. Now it’s time to see what our General Fiction reviewers got up to in January.

January saw a total of 51 reviews of 37 titles. The most-reviewed titles, with three reviews each, were: I notice that all three titles featured in Monday’s January Romance Round Up and so clearly also have strong romantic elements, as well as being popular with our reviewers.

Brenda wins a gold star for posting nine reviews in the General Fiction Category. Brenda gave five stars to Saving You by Charlotte Nash, a novel about a mother’s crazy dash between Australia and the US to find her five-year-old son, missing with her ex-husband, amidst an ash storm.  Brenda described it as ‘an emotional, heart warming and heart breaking novel which I absolutely loved.’

Amanda @ Mrs B’s Book Reviews positively reviewed A Brahminy Sunrise, despite ‘not having a great relationship with novellas’. She writes, ‘I make the exception for this one as I have all the time in the world for the writing of Maggie Christensen. Christensen is a figurehead in terms women’s fiction, with a distinct Australian and mature age protagonist flavour.’ With a strong romantic plot keeping the reader hooked, Amanda describes the novella’s touching subthemes including elder abuse and other serious issues, all taking place in a stunning location on the Sunshine Coast.

A few other titles caught my eye this month.

Nicole gave a five-star review to How to be Second Best by Jessica Dettman, a parenting comedy set in Sydney. The way Nicole describes the book makes it sound like a coming-of-age story for a busy Mum who is trying to be everything to everyone – sounds fun! Another family ‘dramedy’, After the Party by Cassie Hamer, was reviewed by Cass Moriarty.  Cass writes that this is ‘a light-hearted and heart-warming story about parenting, marriage and family’ with a weighty mystery underneath. Beginning with the highs and lows of a child’s birthday party, Cass writes that this ‘is a great book club book that will ignite discussions about foster care, parental rights and responsibilities, domestic violence, societal norms and expectations and the sacrifices we are prepared to make, both for our own children and for the children of others.’

Finally, I’m looking forward to reading Matryoshka by Katherine Johnson, as reviewed by Theresa Smith Writes. With Tasmania as a ‘sublime backdrop’ Theresa writes that Matryoshka is ‘a haunting and beautifully written story about the power of maternal love, and the danger of secrets passed down through generations.’ As the title suggests, the generational story is Russian, with the main character Sara’s grandmother a post-war immigrant whose secrets unravel over the course of the story.

Well, that’s it for January! Happy reading in the month of February, I look forward to catching up on all your reviews at the end of the month.