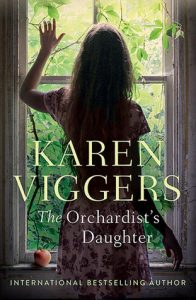 Truly it’s amazing how quickly the time flies, but let’s not dwell on that and get down to business, In February the longlist for the Stella Prize was announced, as was the shortlist for the NSW Premier’s Literary Awards. Check out the Awards section at the end if you are interested in these.

In February the year really starts – holidays over, workers well and truly back at work, and families managing kids back at school. And yet, we all managed to keep up a decent level of reading, with 47 Literary and Classic reviews posted. (Close to last February’s 51.) Here are some highlights:

Brona says that The story of a baby is

a rather sad, and unexpected excursion into young love, an early marriage and societal expectations about gender roles. In this short story, Turner also took a rather nostalgic look into the changing face of Sydney and its outer suburbs in the late 1890’s.

I particularly liked her comment on enjoying Turner’s depiction of her times, which are long removed from ours:

I do love these glimpses into a time gone by. What looks old-fashioned and parochial to our modern eyes was once modern and new to those who lived it. It’s a good reminder that our modern times will one day be considered old-fashioned to future generations. It’s an idea I wish I could impart to B21 and B18, who seem utterly oblivious to history and their place in it.

During February, the shortlist for the NSW Premier’s Literary Awards was announced. One of the categories for this award is the Multicultural NSW Award, which has existed since 1980, albeit under different names. It’s particularly interesting because it is not form-specific – the works can be fiction or non-fiction, poetry or drama, or film, television or radio scripts. It also does not require that the writers themselves come from multicultural backgrounds – though in the history of the awards the majority do. The important thing is the content: the works must deal with, or further our understanding of, migrant experience, cultural diversity or multiculturalism in Australia.

For us at the Challenge, the books eligible for this award come under our Diversity label, and are covered by our Diversity editor. We define Diversity broadly, to cover indigenous, LGBTQIA, disability and multicultural issues. But, there is one idea that underpins these apparently different issues, and it is nicely expressed by Fatima Measham who said, essentially, that not (reading and) writing about those “outside” the mainstream results in “a patently false construction of our society”. This, of course, is an anathema for those of us seeking true equality in our world.

Five of the six shortlisted works are by women:

Three of these books – Chong’s, Lucashenko’s and McGuire’s – have been reviewed for the Challenge but not this month, while the memoirs by Msimang and Stefanovic have not been reviewed at all. Anyone interested?

Meanwhile, the book most recently reviewed for us, up to February anyhow, is Melissa Lucashenko’s Too much lip. It was reviewed by Aislinn Batstone, back in November. She starts her review with:

So much powerful social commentary has been tucked into the framework of this rip-roaring story. Melissa Lucashenko’s Too Much Lip could be a hardboiled detective novel with Kerry Salter as the tough, flawed heroine – plenty of sex, swearing and crime, much of it committed by the heroine herself. But Lucashenko and her heroine are Indigenous Australians and Lucashenko not the kind of author to limit herself to a rip-roaring story.

Of course, all of the Stella Prize longlist works are by women The list is:

All have been reviewed for the challenge, so for this post I’ll share one that was posted in February, Cass Moriarty’s review of Little Gods. She rushed it up her TBR list after its longlisting. She concludes her review with:

This novel perfectly depicts the natural curiosity, wonder and inventiveness of childhood, the deep and lasting effects of grief, and the poignancy of the myth of stability offered by family.

There are seventeen categories, but I’ll just share those most relevant to my area of the challenge (in addition to the Multicultural one above). They are:

The Christina Stead Prize for Fiction (2 of the 6, by women)

The Douglas Stewart prize for Non-Fiction  (4 of the 6, by women)

The UTS Glenda Adams Prize for New Writing (2 of the 6, by women)

All of these have been reviewed for the challenge, so again I’ll share one that was posted in February – for a book that was also longlisted for the Stella – calzean’s review of Maria Tumarkin’s Axiomatic. Her review is short and sweet, and concludes with:

Her writing is unique, enquiring, empathetic and personnel. A book of topics to think about.