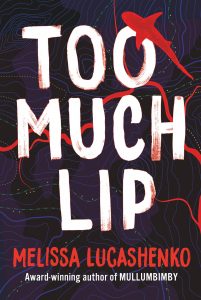 Close to 50 works were reviewed and tagged with ‘diversity’ in our database in the first four months of this year, and it’s good to see people thinking about this as they read. Below are some highlights! Goorie writer Melissa Lucashenko’s most recent novel, Too Much Lip, was reviewed by four readers. Kim of Reading Matters describes it as ‘a brash, gritty and hard-hitting novel about an indigenous (“blackfella”) family, deeply traumatised by past events, which is now grappling with a new challenge: saving their beloved river and Ava’s island from the local mayor’s plans to build a new prison on it.’ She described the work a ‘deeply confronting read for those readers who are not indigenous’ but found it ‘a truly immersive read, taking you deep into the bosom of a complicated family peopled with highly opinionated, colourful characters, all flawed but oh-so human’ with ‘an undercurrent of snarky, but clever humour running throughout to lighten the load’.

Sue of Whispering Gums also described the work as ‘a confronting novel for non-indigenous Australian readers – but it’s a confrontation we need. It shows (not, didactically tells) what colonial settler societies have done to indigenous inhabitants and how this reverberates through the generations.’ At the same time, she continues in her detailed review, the novel is pervaded by a ‘strong sense of indigenous culture. Connection to the land is palpable, as is its power to revive the family. Birds, particularly crows, play a subtle role. There’s the “king plate” with a power “too dangerous” to leave lying around. There are references to totems, including tongue-in-cheek jokes that suggest indigenous people are serious but not humourless about their culture. And then there’s the Doctor, a shark which swims around Granny Ava’s island, waiting for a blood debt to be paid.’

Angharad of Tinted Edges, who is is making an effort to read more writing by Aboriginal and Torres Strait Islanders (hooray!), found it hard to get a handle on the plot. However, she thought that Lucashenko ‘has a real talent for realism and the small town of Durrongo and the Salter family are effortless to imagine. Piece by piece, she unpacks the family’s dynamics to uncover not only past traumas but to uncover a way forward.’ And Nancy, reading her way through The Stella Prize shortlist, summed it up thus: ‘Lucashenko manages to find a balance between emotions and language … that really impressed me!’ Other books by Indigenous writers which were reviewed included Anita Heiss’s edited collection Growing up Aboriginal in Australia. Sue of Whispering Gums commented on the common experiences of Aboriginal peoples represented in the stories, and wrote ‘every repetition reinforces the truth of the historical (and continuing) injustice faced by Indigenous Australians. The stronger, the more inescapable the truth becomes, the harder it must surely be to ignore.’ Sue also points to the value of reading books such as these to combat racism and gain an understanding of the richness of Aboriginal culture.

Other reviews of Indigenous writing include Cass Moriaty’s review of Clare Coleman’s Terra Nullius and three reviews of the Ambelin Kwaymaullina’s Catching Teller Crow (HM Waugh and Calzean enjoyed it, but Emily thought it could have explored its issues more thoroughly).

It would be really good to see more readers engaging with writing by Aboriginal & Torres Strait Islanders, particularly ahead of NAIDOC week in July, which this year celebrates Indigenous languages. When one realises that, when Aboriginal & Torres Strait peoples write in English, they are writing in the language of those who colonised them, their efforts to communicate the effects of invasion and racism really come into focus. As is often the case, there were a number of reviews of books by writers of migrant heritage. Jennifer Cameron-Smith of GoodReads reviewed Yassmin Abdel-Magied’s first work of fiction, You Must Be Layla. She found the protagonist, a Sudanese-Australian like Abdel-Magied, ‘an engaging character: she and her family are immigrants from Sudan and have experienced both racism and Islamophobia. The real value of this story is in introducing these issues to younger readers in a way which should stimulate discussion.’

AWW stalwart Jon Shaw reviewed Eileen Chong’s The Uncommon Feast, a collection of poems, essays and recipes. Chong (who has guest posted for AWW), took a fellow poet’s misguided comment on her work and used it as a spur for something new and exciting, with ‘poems that are like recipes, as well as actual recipes. And it is much richer and more rewarding to culinary and non-culinary readers alike than anything her fellow poet presumably had in mind’. Jon concludes ‘The book is full of segues, and juxtapositions like that. I laughed out loud a number of times for sheer joy’. What a great recommendation!

Lee Kofman, a Russian émigré who arrived in Australia via Israel (and another AWW guest poster), published Imperfect a few months ago. Cass, in her GoodReads review, describes it thus:

Imperfect is a remarkable, frank and questioning exploration of bodily imperfections and how we are shaped by them, from author Lee Kofman. This non-fiction book is distinguished by Kofman’s searing curiosity about her own scars and also the imperfections of others, a quest that she bravely embarks upon with enthusiasm and gusto, not so much to provide answers but rather to simply articulate all the possible questions, and in doing so, she carries us – the reader – along with her as she recounts her own story and researches the unique stories of others.

Cass appreciated Kofman’s style, in which ‘her research and findings are meticulously noted and sourced, and yet she manages to tell a tale that is almost child-like in its wide-eyed curiosity, asking questions that most of us have considered but never been brave enough to voice, and peppering her solid academic records and philosophy with references to pop culture and modern circumstances.’

However, in proof that no two readers are alike, Janine of Resident Judge did not take to the author’s curation of experiences, writing that Kofman has ‘place[d] herself in the centre of her book, not just in terms of the action (as an autobiographer or memoirist might do), but to use herself as the starting point of the analysis, not just in an intellectual sense but asking you to join her in the exploration as well’, and she found that viewing other’s visible differences in this way was problematic.

I always like it when readers have wildly different responses to a text, and it would be great to see some more reviews of this book to see what others think of it.

Cass also reviewed much-loved author Melina Marchetta’s latest release, The Place on Dalhousie. The work, she writes, has some commonalities with Marchetta’s earlier writing: ‘The positions of migrants – even those that are now second or third generation – are written about with sensitivity and wit, but always with a clear-eyed view towards prejudice, the difficulties of leaving home and the complications of creating a new life in a different country.’ Cass appreciated the book for its characterisation and the subtle threads that bind the characters. In terms of books that reference disability, Esther Campion’s House of Second Chances features a character with Ehlers-Danlos Syndromes, a group of genetic, connective tissue disorders. There were 7 reviews of this novel, although only Claire’s referenced the disorder. She hadn’t heard of this syndrome, which shows how books can be educative as well as enjoyable! As I’m interested in the ways in which characters with disability are represented in Australian fiction, I’ve added this novel to my TBR pile.

I’ll be back in August with the next roundup. In the meantime, I hope you continue to read, review and enjoy books that feature diversity, particularly as the evenings draw in. I look forward to reading your thoughts!