History Memoir and Biography Round Up: April 2019 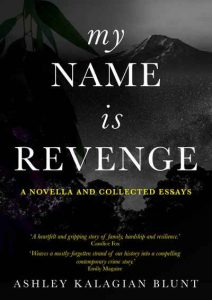 April brought sixteen reviews in the History Memoir and Biography category. It was good to see that books published a few years ago are still attracting readers, with nine of the sixteen reviews engaging with books that have already been featured in previous round-ups.Claire Holderness’s review of Sarah Krasnostein’s The Trauma Cleaner brings the number of reviews to thirteen; N@ncy’s review of Small Acts of Disappearance is the ninth review posted to the AWW challenge, and Cass Moriarty posted the sixth review of Cory Taylor’s Dying: A Memoir. Vicki Laveau-Harvie’s Stella Prize winner The Erratics was reviewed by Sue at Whispering Gums. Other previously reviewed books include Tracey Spicer’s The Good Girl Stripped Bare (reviewed by Amy@Lost in a Good Book), Lee Kofman’s Imperfect (reviewed by Janine at Resident Judge), Sheridan Jobbins’ Wish You Were Here (reviewed by Veronica@The Burgeoning Bookshelf), Kitty Flanagan’s Bridge Burning and other hobbies (reviewed by Shelleyrae@Book’dOut) and Robin Dalton’s Aunts Up the Cross, reviewed by N@ncy.

It is striking that of the longer reviews this month, nearly all could be described as family ‘memoirs’ of trauma, spanning great-grandparents, parents and siblings. In the case of authors writing about previous generations, the books are not strictly memoirs in their own right, but combine family stories, research and the author’s own response, even crossing into fiction at times. Our Round Up title of ‘History, Memoir and Biography’ is apt, as there are an increasing number of books on the market where it is almost impossible to tease out these strands. Ashley Kaligian Blunt’s great-grandparents were among the refugees who fled the systematic removal and extermination of Armenians by the Turkish Ottoman government in 1915. In My Name is Revenge, the author has spent over a decade researching and writing the history of her family and Armenian society. In her review, Cass Moriarty writes:

Kalagian Blunt’s book is a slim volume containing a novella, a collection of three essays and some arresting black and white photographs. A finalist in the 2018 Carmel Bird Digital Literary Award, and now published through a small press… My Name is Revenge… is a fine example of what can be achieved by combining history with fiction, how we can examine the reality of the past through the prism of imagination, and how important it is that the history of all participants is recorded, not only the dominant narrative. (See review here). Sara Rena Vidal’s Bella and Chaim is the story of the author’s parents, who met and fell in love in the Warsaw Ghetto, and emigrated to Australia as the sole survivors of their extended families. Theresa Smith writes in her review:

This is probably one of the most unique books that I have ever read and also one of the most important in terms of the gravitas of the subject matter….This is not a linear memoir, it’s presented in a very different type of structure, hence the comment above about the uniqueness of this book. It’s an amalgamation of the author’s memory fragments, Basia and Heniek’s story, historical context, sections that ask the reader to ‘Imagine Being in their Shoes’, and affirmations. It’s also accompanied by an extensive resource section at the back, making this the ideal book for an in-depth study and/or a platform for further research….The appeal with this book lies in the way it not only looks at the experiences of the author’s parents, but it also examines the many different shapes that survival can take. (See review here) Alice Pung’s Her Father’s Daughter was published in 2011, drawing on her family background as her previous book Unpolished Gem had done five years earlier. In this second book, she writes of the life of her father in China, Cambodia and Melbourne. Kim Forrester notes in her review that:

Unusually for a memoir, it is written in the third person (perhaps, I suspect, to provide some emotional distance for the writer), which lends it an other-worldly, almost fictional, feel….the prose, so astonishing in its clarity of thought and vision and honesty, in its preparedness to discuss difficult topics, is often wry and always original….I really loved this story, for its honesty, its courage, its inspiration and its love. In exploring her own Asian roots and telling her father’s own troubled history, Pung has crafted a powerful story about tenacity, family heritage, intergenerational trauma — and hope. (See review here) Moving closer to the personal is Margaret Harrod’s Blood on the Rosary, written in collaboration with Australian journalist Sue Smethurst. Margaret and her twin brother Michael grew up together and entered the church together with Margaret a nun and Michael a Salesian priest. Their bond was severed in the wake of atrocities against young children committed by Michael. Reviewing the book, Amanda@Mrs B’s Book Reviews writes

It delves into the emotionally fraught and complicated world of religion, power, authority, abuse and recovery. It is at times deeply moving and bleak, but it is also empowering. Blood on the Rosary goes a long way in encouraging victims of abuse crimes to seek justice and speak out. (See review here) Two reviews were posted this months for Jessica North’s recent release Esther. Written in a narrative form, it is the story of First Fleet convict Esther Abraham, the first Jewish woman to be transported to Australia. She became the defacto, and later official, wife of Lieutenant George Johnston, who led the Rum Rebellion against Governor Bligh in 1808. The author has drawn on historical sources to imagine, invent and chronicle ‘possible sets of events’, situations and conversations, providing notes to each chapter to clarify what is historical fact and what is her own invention.

Ashleigh at the Book Muse writes in her review:

Jessica North has used archives, diaries and letters to build her story, and show how the new arrivals from England and the Indigenous people tried to make connections, or butted heads when it came to misunderstandings of each other’s cultures and legal systems….It was a book that opened my eyes and mind up to what female convicts did to survive, and how brutal those early days were for all, but especially for some. (See her review here)

Anna Skea also reviewed the book in the Newtown Review of Books, writing

…it is a carefully researched, largely true account of the life of a remarkable woman who, in 1786, at the age of 16, was sentenced to transportation to Australia and who, once here, rose through society to become the most prominent woman in the colony.…Esther was clearly an intelligent, resourceful, independent and determined woman. Her remarkable life is well worth telling and North tells it well, but her strength is in weaving historical facts into a depiction of life in general, rather than in the development of the characters of those involved. I was never fully convinced by the thoughts and actions that North invented for Esther and, for me, her Esther remained a shadow of the strong woman she certainly must have been. Nevertheless, I found this an interesting and enjoyable book. (Read review here)

It’s been a good month for the History, Memoir and Biography genre, which always turns up a range of fascinating books each month. Let’s keep it up!

About: I’m Janine Rizzetti and I blog at the immodestly-named The Resident Judge of Port Phillip where I indulge my love of reading, podcasts, history and seeing films and exhibitions just before they close. I am a historian, interested in Australian and colonial history, officially retired but more occupied than I thought I would be with my local historical society, playing with grandchildre and learning Spanish.