History Memoir and Biography Round Up: May 2019 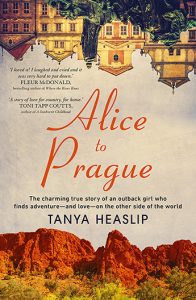 During May there were eleven books reviewed, six of which have been featured in previous round-ups. The recent election might have spurred interest in Judith Brett’s From secret ballot to democracy sausage, which garnered additional reviews from Jennifer Cameron-Smith and Janine Rizzetti (Resident Judge). Amanda@Mrs B’s Book Reviews posted her review of Fiona Stocker’s Apple Island Wife and also a review of Jessica North’s Esther. Meanwhile, Anna Greenwood reviewed Leigh Straw’s biography of Australia’s first female detective Lillian Armfield and Cloggie Downunder reviewed Michelle Scott Tucker’s Elizabeth Macarthur: A Life at the Edge of the World.

Short reviews were posted of Jacqueline Kent’s Beyond Words: A Year with Kenneth Cook (2019) the memoir of the acclaimed biographer’s love affair with author Kenneth Cook, who wrote ‘Wake in Fright’.(see N@ncy’s review here).  Jennifer Cameron-Smith read and reviewed Trisha Fielding’s Queen City of the North: A History of Townsville (2016),in anticipation of her trip back to Townsville later in the year.

Memoirs continue to attract readers and reviewers, and the three memoirs reviewed during May covered very different life experiences. Two reviews were received for Tanya Heaslip’s recently published Alice to Prague (2019). After a childhood on an isolated cattle station in Central Australia, in 1994 Tanya Heaslip decided to leave her job as a lawyer and travel to the post-Communist Czech Republic. Ashleigh from The Book Muse wrote that:

This book gave an interesting insight into travelling to and around a former Communist country in the years just after the changes came forward, and the difficulties in transitioning from one to the other, and the conflicts of those who want change, those who don’t, and those who have come from an entirely different place where definitions of freedom and security are very different. It is eye opening and engaging … . An interesting read for all into history and Prague, and for those who have visited or want to visit (Review here).

Spoken from the heart, the author details the tussle of emotions she experienced between her love for her outback home and the majestic city of Prague. It is a stark contrast, but Tanya Heaslip makes the reader see how it is possible to love and connect on different levels to two vastly different countries….For those who love their European history, Tanya Heaslip peppers her memoir with plenty of glorious travel sequences and observations of her life in Prague… A significant proportion of Alice to Prague is devoted to relationships. We watch on as Tanya forges a number of key friendships and links with the locals,… Alice to Prague offers the reader a soul searching rendition of finding your true desire and that spark in life that makes you feel more alive. Touching, insightful and exalting, fans of memoirs should not pass on this one (Review here). Another recently released memoir is Slice Girls (2019) written by an orthopaedic surgeon Joan Arakkal  who, after deciding to specialize in orthopaedics while training in India, encounters the closed ‘boys’ club’ of the English and Australian surgical profession. Anna Greenwood wrote that:

I enjoyed this autobiography, which focuses on the author’s professional career and her frustrating battles to be recognised in her chosen field. Her story provides insights into the ‘closed shop’ of orthopaedic surgery in Australia. While she is (understandably) presenting only her side of the story, her case raises some serious questions about the power of professional associations to affect the career of a passionate and skilled surgeon (review here) Finally, N@ncy reviewed Lesley and Tammy William’s Not Just Black and White (2015). This book, co-written by Murri elder Lesley Williams and her daughter Tammy, tells the story of life on the Cherbourg Aboriginal Settlement and the issue of stolen wages. N@ncy wrote:

Good literature unnerves you… or takes you somewhere to consider things,…things that you might not have considered…thinking about before…This book took me into the Cherbourg Settlement…It showed me the strength of family… that remained unbroken for Lesley Williams… It has only been in the last generations… that Aboriginal writers have been published…They now are  able to tell their stories, their truths (see review here) Institutional histories can be a little – well, dry- but this isn’t the case with Jill Giese’s The Maddest Place on Earth. This book tells the story of the Yarra Bend and Kew Asylums in Melbourne prior to 1900, by tracing the stories of three people: troubled artist George Foley who was a patient, undercover journalist Julian Thomas who worked there for a month and published a series of newspaper articles about the asylums under the pen-name of ‘The Vagabond’ and Edward Paley, the Inspector of Asylums, who was responsible for the administration of asylums in Victoria.  Janine wrote:

This book won the Victorian Premier’s History Award for this book, and it fully deserves it. It is beautifully written, although perhaps a little fervent at times, and it is a deeply compassionate book. By foregrounding the long-term experience of George as patient, the Vagabond as attendant and journalist, and to a lesser extent Dr Paley as administrator, she gives a human face to mental illness as a lived experience. It’s a wonderful read (see review here)

And so, as we plunge into winter, let’s see what History, Memoir and Biography we are reading next month.