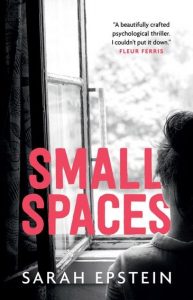 Wow round up time again, and this month, we had twelve reviews. The Young Adult genre seems to have a steady number each month of between ten and twelve so far, with some of the same reviewers and books popping up each month.

This month, we have another review for Jessica Townsend’s Wundersmith from Louise @ A Strong Belief in Wicker, which I think is our third or fourth for the year. Another book that has been visited a few times by different people is Catching Teller Crow by Ambelin Kwaymullina and Ezekiel Kwaymullina.

We also had a few new reviewers this month, and I am going to try and highlight them – as our regulars are often featured for the simple reason that they are the ones who post the most reviews for this genre, and also, there are so few compared to other genres. Having so few to work from makes it easy when I’m pressed for time, but it is good to see that there are some new names to explore this month.

First of all, is Blood Moon by Jackie French. Jemma at Oddfeather Creative reviewed it this month.  It is part of the Outlands series, one I have not come across yet, but as I adore Jackie French books, no doubt I will soon. Whilst Jemma enjoyed the book, she recommends reading the first book, In Blood first, and thought the world building was tentative. Yet she found it atmospheric and found the development of the character arcs worked well.

I decided to feature one regular because this is a book that has not been featured yet. Amanda  Barrett reviewed The Way I See It by Lucy Marrett, published by Elephant Tree Publishing. This is one that I have too, and that I also edited, so I’m interested in seeing how it was received. Amanda calls it a raw, insightful and emotional glimpse into how anxiety can affect someone. She believes it that books like this are needed to help young people work through their anxiety, and that she appreciated this book for its complexities and the direction it takes, to help young people in the same position as Holly. Amanda also sees strength in the characterisation, and voices her concerns of how the book might read, yet as it is more of a personal diary, and is realistic and confronting. As the editor of this book, I am happy it has had a reception like this, and as the editor, have given myself distance in editing it and receiving it from the publisher to make sure my editor’s brain doesn’t take over. Finally, I’d like to feature is a review of Small Spaces by Sarah Epstein. Tracey at Carpe Librum has reviewed it this month. Nominated, and placed on the long and short lists for six awards, Tracey missed the buzz, but has finally picked it up. Recently I have inched away from books that create a buzz – sometimes I have started this prior to the buzz. Anyway, onto Small Spaces. It is a psychological thriller that plays on the idea of invisible friends, and how what we see can sometimes be a product of our minds trying to protect us. Tracey says the questions presented relating to what the main character saw were intriguing but was surprised at how dark it was for the age group it is aimed at. I might look into reading this sometime – when my own massive TBR decreases.

And there you have it – the May Round Up for Young Adult reading in the Australian Women Writers Challenge.