Erotica, Romance and Romantic Suspense Round Up: June 2019 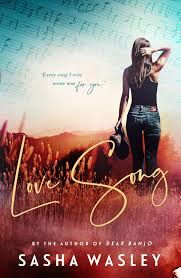 What a way to welcome in the new financial year! Our romance stats are doing remarkably well at the mid way point of the year. We had a huge surge in reviews over the month of June. The final count for the month of June 2019 indicates that we took in 73 reviews, of 46 books, of 40 authors. What an amazing achievement for all those that contributed reviews this month!

It was a real tussle this month for the top spot of the most popular title in the romance category for June 2019. In the end, three books occupied pole position, with a number of other books giving these three titles a serious run for their money! The first clear favourite was The Forgotten Letters of Esther Durrant by Kayte Nunn. This one has already received coverage in my last round up. It also featured in the recent historical fiction round up. Reviews came in this month for this popular title from Claire Holderness, Tracey at Carpe Librum, Helen Sibbritt and Mrs B’s Book Reviews –  with an accompanying interview. The third favourite title over the course of the month was The Postmistress by Alison Stuart. This brand new historical romance title is quickly gathering plenty of positive interest, which can be seen via reviews from Carolyn Scott, Brenda, Helen Sibbritt, Jennifer Cameron-Smith and ReadRoundOz. Trailing very close behind with four reviews is the highly anticipated third novel from West Australian author Tess Woods. Love and Other Battles pulled in reviews on its first month of release from Jennifer Cameron-Smith, Theresa Smith Writes, Cloggie Downunder and Nadia King. We do love our romantic suspense sub genre! Devil’s Lair by romantic suspense specialist Sarah Barrie was definitely a hit this month. Four reviews rolled in for this title. I loved it myself, over on my blog, Mrs B’s Book Reviews. Fabulous reviews followed from Brenda, Jennifer Cameron-Smith and Helen Sibbritt. Another title that continues to gain plenty of admiration is The Cinema at Starlight Creek by Alli Sinclair. Three reviews added this month from Helen Sibritt, Claire Holderness and ReadRoundOz will be sure to convince you to select this title to read. The One by Kaneana May made its way into our hearts last month and it again featuring significantly in the challenge. Three convincing reviews were added from Amy from Lost in a Good Book, Brenda and Shelleyrae from Book’d Out. Finally, concluding my look at the popular titles category for the month, is another return title, Under the Midnight Sky by Anna Romer. Another two reviews were collected in, thanks to Claire Holderness and ReadRoundOz. There was absolutely no shortage of new romance releases during June. Here is a quick glimpse of what we selected to read and review over the past month:

Our continued love for a number of romance titles featured previously is always pleasing to see. Here is a run down:

What a great response we received this month in our older romance releases category! Here is a snapshot of what we read in June:

This month I would like to highlight one self published author, Georgia Carter Mathers, who collected two reviews in June. Claiming Her Fire Marshals and Claiming Her Dragons both rated highly with Claire Holderness. Thanks for bringing Georgia’s work to our attention Claire! What a full month! Romance readers –  you have truly outdone yourselves with your June efforts, thank you so much. It’s a wet and cold one here in the wild west, so I’m going to close this round up off and bunker down with a good romance book (The One by Kaneana May). Stay warm and happy reading! About me: I am a mum of two young boys, an early childhood teacher, dressaholic, book reviewer and self confessed book geek. In 2016, I turned my passion for reading into my own blog, Mrs B’s Book Reviews. I blog daily and love nothing more than to showcase books by our talented crop of Australian women writers, especially rural romance, along with a number of other genres. Check my reviews out at the following sites, Mrs B’s Book Reviews, Facebook, Goodreads, Instagram and Twitter.