General Fiction Round Up: June 2019 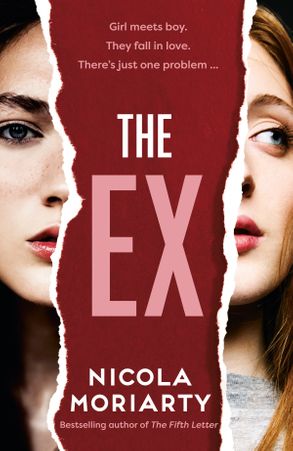 The Australian winter started with a bang in general fiction, with a huge 114 reviews of 75 books.

There were a couple of clear standouts, including Tess Woods’ Love and Other Battles, and Tabitha Bird’s A Lifetime of Impossible Days. Both of these excellent books have already been featured in other round-ups so I will look at a few other General Fiction books that were popular this month.

Reviews were boosted by the addition of 23 listings from reviewer Dark Matter Zine. Thank you for linking your reviews, and for your support of Australian Women Writers.

The theme of this month’s General Fiction round-up is domestic noir!

The talented Moriarty sisters continue their domination of the Australian commercial fiction landscape this month with Nicola’s new release, The Ex, reviewed by Jennifer Cameron-smith, Shelleyrae @ Book’d Out and Cloggie Downunder. With a consensus of 4 stars across, reviewers found the novel well-paced and engaging, with Shelleyrae @ Book’d Out describing it as “a gripping domestic thriller I’m happy to recommend.”

Domestic suspense is also how reviewers described Carmel Reilly’s Life Before, which received reviews from Sharon Hill and from Amanda @ Mrs B’s Book Reviews in June. Unlike Moriarty’s The Ex, Reilly’s title doesn’t give much away. Life Before begins when Lori Spyker is informed that a brother whom she hasn’t spoken to in decades is now in hospital and she is needed. Sharon Hill enjoyed the book after a slow start, saying that “once I got into the story …it soon became an intriguing page turner.”

Amanda @ Mrs B’s Book Reviews praised the structure of the novel with its dual timeline of 2016 and 1993, the taut pacing, setting and characterisation. “The end comes with a sense of clarity and realisation. Questions have answers and it made me realise how families and individuals can really be tested to their very limits. Such is life.”

Sisters in Crime have a post from Carmel Reilly about her writing process, with some great tips from this writer who has published everything from educational materials and children’s books to this, her first adult novel. Finally, Claire holderness reviewed Rachael Wright’s self-published novel The Lost Boy. I haven’t come across many novels set in the incredible remote landscapes of Western Queensland. Rachael Wright has written a family drama exploring a young man’s reaction to a rift in his family and his journey to discover more about his past. Claire says “Wow, what an emotional journey I’ve just been on, especially during the second half of the novel. There were many times throughout I had tears threaten, but also moments of joy.”

According to the blurb, “With everyone in Jack’s life either dead or a liar, Jack hitchhikes and works odd jobs, meandering around Western Queensland collecting clues to locate his biological father. Through the power of the Australian Bush Telegraph, Jack uncovers his roots. His mother was a Jillaroo, his grandfather a legend of The Outback, tough, fearless and unlike the parents who raised him.” It sounds a bit like an Odysseus of the bush. Good luck to Rachael, and thanks to Claire for linking the review. Thanks to all our reviewers this month and happy reading in July.