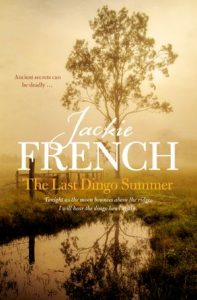 Welcome to the June Round up for Young Adult books. It’s half way through the year, and our average number of reviews for each month in Young Adult has been around the 14 mark when I’ve done my searches. This month, it looks like we have 47 reviews for Young Adult, in a variety of genres and almost all of these reviews come from Dark Matters Zine.  Dark Matters Zine has reviewed over twenty books in various genres across Young Adult, including romance, fantasy, speculative fiction, and historical fiction, alongside regulars Shelly, Ashleigh and Claire. Thank you for contributing so many reviews to our database. Your support of the challenge is much appreciated!

In June, Shelley read and reviewed All That Impossible Space by Anna Morgan – a contemporary Young Adult novel exploring identity, friendship, family and coming of age alongside a mystery – The Somerton Man. Shelley said that the presence of the Somerton Man case was one of the things that drew her into reading the novel, and her review has made it one that I’m interested in – add that to the growing list including a recommendation from my local indie bookseller yesterday that I need to look up and track down. It sounds like there isn’t a huge focus on romance in this novel – which I think is a nice change – we need more novels that focus on other kinds of love, and this sounds like it fits the bill perfectly, and I hope I get to read it soon. The second review I’ll highlight, is my own review of The Last Dingo Summer by Jackie French. In preparation for the final book in the Matilda Saga coming out in November – Clancy of the Overflow – I read last year’s release, The Last Dingo Summer. I have loved these books since discovering them back in 2009, or 2010, and have followed the series ever since. Using historical events from 1894 through to the late seventies that have shaped Australia, rather than focusing on the stories of the known figures, Jackie uses women, disabled people, Indigenous people, the poor and other groups whose voices have not been heard across time, but one connecting factor is that the majority of her characters telling the stories are female. It is this intersection that brings them together. They may come from various places and backgrounds, but they are all connected through being female and having their voices erased or ignored in the history books.

For me, this is what makes them so powerful, and engaging. And it is something I have found common to Jackie’s books over the years – the raising of the voices of those who often are silenced or ignored in a myriad of ways.

Finally, a review from another regular, Claire. She reviewed The River Stone by Rachel Hennessey –  The first in a new trilogy, Claire says that The River Stone is a new take on the dystopian genre. The dystopian genre is one that has been extremely popular and on trend in recent years, so authors are having to find new and unique ways to explore this, so they don’t emulate things like The Hunger Games.

In this world, following an event known as The Burning, people are forming tribes away from the city, and the main character’s tribe has survived for twenty years – until they are hit by a forgotten disease. Claire says it was engaging for the most part, and had characters you could get behind as well as dislike. She is looking forward to seeing where this trilogy goes.