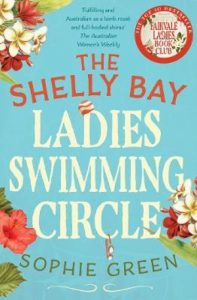 July was an exciting month because we had both the shortlist and the winner of the Miles Franklin Award announced – such riches for us lin Liteary Fiction land. I will share the news in the last section of this post. Meanwhile, I hope you all enjoyed the middle month of winter (or summer if you are a Northern Hemisphere reader of our blog) and are looking forward to the next season. I know I am – as blossoms slowly start to appear here in Australia’s capital.

After a bumper June, July was a steadier month, with somewhat fewer reviews than the last two Julys, but 36 is still a respectable number.   Here are some highlights:

There was one classic review posted in July, and it was by one of our “classic” stalwarts, Bill (The Australian Legend). Bill reviewed Eleanor Dark’s Waterway, Eleanor Dark being best known for her historical fiction novel, The timeless land. Dark actually wrote many novels, with Waterway being her fifth, and the story, says Bill, is

one day in one city, but from the point of view of an omniscient observer relating the conversations, arguments, thought processes of 16 people from half a dozen houses in this one waterside suburb, as they bump into each other, in the street, in the water and on the ferry to and from the city.

Bill says the subject matter reflects Dark’s “Christianity without the religion” philosophy, and is impressed by writing, saying in his last paragraph that:

If you like to think about writing, and about Australian writing in particular, then this is a book you should consider.

Given the high number of historical fiction reviews posted this month (and, really, most months), I’ve decided to make it this month’s little focus. A quick survey shows that all the historical fiction books this month are set in the nineteenth and twentieth centuries, that is, nothing from medieval or Tudor or Regency times for example. And over half are set in Australia. One exception Sarah Schmidt’s See what I have done, a true crime novel set in 1860s USA. Kim (Reading Matters) reviewed it.

Schmidt’s book received multiple reviews here in 2017 when it was published, most of them positive. Kim, however, was less enthused. She felt the story was too drawn out, and would have liked “to hear more about the conviction and the trial”. However, she did like

Two recurring subjects stand out. One is the second world war, which is represented in three novels: Toni Jordan’s Nine days (reviewed by Anna Greenwood), Natasha Lester’s The French photographer (reviewed by Rebecca Bowyer) and Suzy Zail’s children’s book Alexander Altmann A10567 (reviewed by Ashleigh Meikle, The Book Muse.) Jordan’ novel was inspired by a photo taken in wartime Australia, while Lester’s is about a “model turned photojournalist” who, writes reviewer Bowyer, “runs up against army men who consider it their job to keep women in their place – behind the front lines”. Zail’s book is about a Jewish boy trying to survive Auschwitz.

And the other is what I’ll loosely call the “multigenerational novel”, represented here by Mary-Rose MacColl’s The true story of Maddie Bright (reviewed by Sharon Hill, GoodReads), Tara June Winch’s The yield (reviewed by Brona, Brona’s Books and Kali Napier), and Tess Woods’ Love and other battles (reviewed by Rebecca Bowyer, Story Addict and Amanda, Mrs B’s Book Reviews).

To exemplify these, I’ll use Tara June Winch’s novel, The yield. It’s her second, and comes 13 years after her David Unaipon Award-winning, Swallow the air. Reviewer Kali Napier calls it “a deceptively huge book” while Brona called “not just a highly recommended, but a must read”. It has three strands crossing a century of lives – contemporary character, August Gondiwindi; her recently-dead grandfather, Poppy Albert, who had been compiling a dictionary to reclaim their people’s language; and the missionary Rev Ferdinand Greenleaf, who cared about the indigenous people in his Mission.

Just one Award this month, the big one, the Miles Franklin, which announced its shortlist at the beginning of the month, and the winner right at the end.

The shortlist comprised six books, three of which were by women, all of which have been reviewed for the Challenge:

And the winner was Melissa Lucashenko’s Too much lip! This is a contemporary novel set in a fictional town in the northern rivers region of NSW. It’s about an indigenous family and the challenges they face – economically, socially, psychologically and politically – to survive in a world that never has properly accepted them. Lucashenko doesn’t tell a pretty story, and her characters, both black and white, are flawed, but Too much lip is a funny, page-turning read that manages to be serious as well. Calzean was the last to review it for the Challenge, back in June. She called it “a gutsy book”, describing it as a “narrative of a family of hard proud characters who are the survivors of a past of ugly truths”.

Big congrats to Melissa from us!