History Memoir and Biography Round Up July 2019 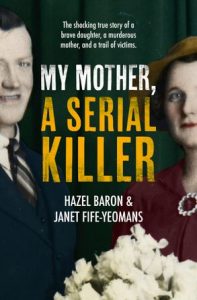 Eleven books were reviewed during July. As with other months, some of the reviews picked up books which have been featured previously, which is always good to see. Bernard Whimpress at the Newtown Review of Books reviewed Judith Brett’s From Secret Ballot to Democracy Sausage, bringing the total of reviews to four.  Jennifer Cameron-Smith read Michelle Scott Tucker’s Elizabeth Macarthur: A Life at the Edge of the World, making a total of five reviews while Jonathan Shaw read Nadia Wheatley’s Her Mother’s Daughter, which was published and reviewed last year.

Writers seem to be drawn to writing their parents’ stories- or is it the other way round? Does childhood experience in some families impel children to become authors? Three of the memoirs reviewed during July fall into this category. This is a story about a family living on the periphery of Australian society during the 1940s and 1950s. It is the story of a cold-blooded killer and of her courageous daughter….Dulcie killed three men who got in her way. In addition to looking at her life, this book tells how she was brought to justice. Hazel, now married and a nurse, had been suspicious of her mother since her father Ted’s death….I finished this book full of admiration for Hazel Baron. (review here)

Christina Houen’s fictionalized memoir This Place You Know (2019) is presented in two parts. In the first, the author brings the voice of her mother, Martha, to life through the use of her mother’s letters. Martha came to Hay in outback in NSW in the 1920s as a teacher, and fell in love with a local man with whom she hoped to raise a family and establish a successful pastoral business, only to find that her life moved in a different direction. In the second part the author tells her own story of a difficult childhood and adolescence. In her review of the book, Maureen Helen writes:

There is evidence of thorough research throughout the book….This book would make an ideal choice for book clubs because of its touching story, accessible writing and its importance as Australian social history of life on the land and, in particular, the role played by women in farming life (review here). Bosnia and Australia under the care of her mother who suffered from a mental illness. Cass Moriarty writes:

…This is a moving story of the bond between mother and daughter, and a sometimes uncomfortable account of how that bond is tested, broken and repaired, over and over again. It is a frank account of family, and how your family can both endlessly disappoint but also show great loyalty. It is also a fascinating insight into a bicultural family, and how the ties of the old country can conflict with the pull of a new homeland (review here).

Two of the biographies read during August take an object as the basis for exploring the lives of their subjects. In the case of Kendrah Morgan and Lesley Harding’s  biography of Melbourne identities Georges and Mirka Mora, Mirka & Georges: A Culinary Affair (2018) it is ‘food’ that is the central idea although reviewer Brona, at Brona’s Books, found it hard to know whether to take the book as a biography, an art book, or a recipe book. Brona writes of this beautifully presented book:

Mirka’s iconic artwork also features throughout the book. Lovely full page spreads of her work as well as collages wrapped around each of the recipes included in the book….However, Mirka and Georges is not just about the art and the food. Harding and Morgan have written an engaging, personal account of both Mirka and Georges’ childhoods in France, their subsequent meeting and marriage after WWII and eventual emigration to Australia (review here) Myra Scott’s How Australia Led the Way: Dora Meeson Coates and British Suffrage (2018) features the “Trust the Women” banner that was carried during the 1911 Women’s Suffrage Coronation Procession in London. This banner, which took four people to carry, was produced by Australian artist Dora Meeson Coates who, along with other Australian suffragists, expatriate artists and politicians, lent their support to the suffrage campaign in Britain, after achieving women’s suffrage in Australia. Janine Rizzetti (Resident Judge) writes:

The story of Australia’s early 20th century progressivism is a good one, and it bears retelling many times, especially in today’s context of increasing conservatism. The actions of Australian women on the international stage, and the willingness of Australian male politicians to champion female suffrage once they found that there was nothing to fear, show Australia as a new nation, bristling with confidence and action. There’s room enough for many stories celebrating this (review here). When the Pelican Laughed (1992) emerged from an oral history project about indigenous women forced to work as servants- an issue that Australians have often swept under the carpet. Alice Nannup was born on a station in Western Australia’s northwest, but was removed to Perth as an 11 year old, and trained to work until she could be sent out into ‘service.’ As Bill Holloway writes in his review, Aborigines under the 1905 Act were not owned by individuals, and could not be bought and sold, but they were effectively ‘owned’ by the State. He writes that

Alice Nannup was a sober and abstemious woman… if she didn’t get the material rewards she deserved for her tremendous hard work, she ended up secure in her culture and with an enviable network of family and friends (see review here) Pamela Bone’s Up We Grew (2006) is a group biography that combines the author’s own childhood with that of a number of other Australian writers to analyse the interaction between childhood and resilience. In her review, Jennifer Cameron-Smith writes

In this book, Ms Bone set out to explore these questions through the prism of her own life as daughter, sister and mother….Ms Bone also includes stories of childhood from several other Australians, grouped together under different headings….What I most enjoyed about this book was what Ms Bone chose to share of her own childhood in Finley and her reflections. I found this thought-provoking (review here) Finally, Jessica White’s Hearing Maud (2019) combines memoir and biography: the writer’s own memoir and the biography of Maud, the daughter of Australian novelist Rosa Praed (1851-1935), with whom the author shares the bond of deafness. Bill Holloway, who reviewed the book, writes:

Hearing Maud is a memoir which swirls around – from the illness which left Jess deaf, to the research in London which led to her interest in Rosa Praed, to her school days, to Maud and C19th treatments for deafness, oralism vs signing (the debate goes on), to Jess’s loneliness, isolation, achievements and love life  (review here).