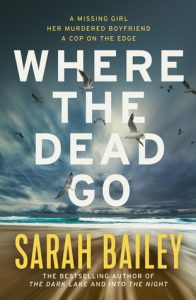 In August we saw shortlists for some smaller, but nonetheless interesting awards announced. We also had the Canberra and Melbourne festivals (albeit Melbourne’s continued into September.) And, we clearly had a lot of reading, if the number of reviews are any indication! Must have been a final snuggling up for winter reading before spring calls us all outside again.

After 36 reviews being posted in July, we had a wonderful 53 this month. Here are some highlights:

Two classics were reviewed, one new to the challenge, and the other no stranger here. The former, Charmian Clift’s Honour’s mimic, was reviewed by Bill (The Australian Legend), who is one of our stalwart contributors to this section. Published in 1964, this novel draws from Clift’s experience of living on Greek islands. Bill writes:

Emily (A Keyboard and an Open Mind) reviewed Madeleine St John’s The women in black, published in 1993.Interestingly, she started her review with,

This book is widely considered to be something of a modern Australian classic, and I have to admit, when I first started reading, I was expecting something a bit deeper. It is really a bit of a fluff piece.

She did, however, admit at the end that regular readers of her blog know that she is “not generally a fan of character-driven fiction” but she “found this one engaging and fun”.

The books posted this month under this category are a varied lot. Three of the books (for which there were four reviews) are memoirs: Jessica Cole’s Staying (reviewed by calzean);  Vicki Laveau-Harvie’s The erratics, which won this year’s Stella Prize and was reviewed by calzean and Carolyn Scott; and, Tanya Heaslip’s Alice to Prague (reviewed by Ann Skea for The Newtown Review of Books). These three books might all be memoirs, but they cover a wide gamut. Laveau-Harvie’s book is about caring for aging parents from whom she’d been estranged for decades, while Heaslip’s falls more into those escape or adventure stories where the writer decides to travel to a place outside their comfort zone, in this case, the Czech Republic. Cole’s memoir falls more into the traditional family trauma story in which a functioning family is thrown off course by a tragedy – here, a suicide.

Then, there are two biographies, Valerie Lawson’s Mary Poppins she wrote: the extraordinary life of Australian author P.L. Travers, reviewed by Ashleigh Meikle (The Book Muse), and Jessica White’s Hearing Maud, reviewed by Kali Napier. Both of these books have a literary link, PL Travers, of course, being the author of the Mary Poppins novels, and Maud being the daughter of the Australian turn-of-the-century author Rosa Praed. However, Hearing Maud, fits into a sub-genre I call hybrid-biography-memoirs, because in writing about Maud’s deafness, Jessica White also shares her own experience of losing hearing. Napier writes:

Deeply personal, entwined with Jessica White’s discovery of Rosa Praed’s writing and her deaf daughter Maud who was raised to ‘fit in’ with the mainstream, to lipread rather than sign. White finds parallels with her own upbringing and the expectations placed on her, with the result of a profound loneliness and exclusion from social life.

Two of the other books added to this category this month are collections of autobiographical writings. One is Lily Brett’s New York, reviewed by Bill of The Australian Legend, who describes it as a “slim volume of pieces, some trite, some whimsical, some sad, all the same length, around two and a half pages, maybe a thousand words, that feel like newspaper columns, casual, personal and beautifully crafted.” The other is Carolyn Lefevre’s The happiness glass, reviewed by Cass Moriarty who describes it as a “slim compendium” comprising “fiction, non-fiction essays and memoir exploring the ideas of homesickness, infertility, adoption, parenting and familial estrangement”. She found it “a thought-provoking and esoteric book”.

A mixed – but very interesting bunch – as you can see.

Established in 2014, this prize recognises “exciting and exceptional new contributions to local literature.” New seems to mean authors’ “first and second published” fiction works. Six books were shortlisted, of which five were by women:

All have been reviewed for the challenge, which is great to see, including three of them this month. One of those was Alice Bishop’s A constant hum, which comprises short stories and flash fiction on bushfires. It was reviewed by Kim (Reading Matters) who called it “possibly the most quintessentially Australian book” she’d ever read – “it hums with vernacular, cultural references”.

This award was founded in 1967, making it one of our older awards. It is for “the best original book, in the judges’ opinion, that is published in Australia in the previous calendar year” and that deals with “any aspect of Australian life”. It can also “be in any field or genre of writing, verse or prose”. Five books were shortlisted, of which two are by women:

Both have been reviewed for the challenge, though neither this month. Jones’ book has been listed for several prizes including this year’s Miles Franklin.

MUBA, now eight years old, “celebrates hidden gems – engaging and creative books across all genres that deserve to reach a wider audience”. Three books were shortlisted, two being by women:

Songwoman has been reviewed for the challenge, but not Brontide. Anyone interested?