General Fiction Round Up: August 2019 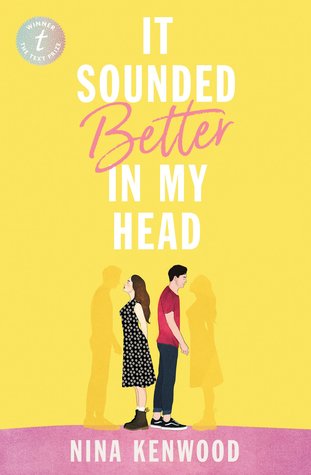 August was a bumper month for General Fiction with 80 reviews of 60 books.

Barbara Hannay’s family drama Meet Me In Venice received three reviews in August, from regular reviewers Shelleyrae @ Book’d Out, Amanda @ Mrs B’s Book Reviews and Helen Sibbritt. Amanda interviewed the author as part of her Tea with Mrs B series, and Barbara Hannay describes the book as follows:

A grieving widow gathers her scattered family in one of the world’s most enchanting and romantic cities,  where they encounter heartache and a shocking surprise, as well as unexpected happiness and, of course, romance.

Reviewers warmed to the novel and its setting, with Shellyrae describing it as “A captivating story about family, love and life’s journey,” and Helen Sibbritt giving it five stars. Cloggie Downunder and nadia l king both adored the not-quite-YA new release It Sounded Better In My Head by Nina Kenwood. The book details the main character’s transition from high school to university while her parents break up, her best friends fall in love and she deals with her own body image issues.

What reviewers seem to love is Natalie’s voice. Cloggie Downunder writes, “Her voice is genuine, often self-deprecating, and her inner monologue oscillates between hilarious and heart breaking”, while Nadia says that, “Natalie’s voice is relatable, honest and lovable. Watching her accidental romance was like watching the best rom-com ever.”

On her blog ‘How to be eighty’ (what a great blog title!) Maureen Helen reviewed a more literary general fiction title, Invented Lives by Andrea Goldsmith,  “the story of a young Jewish woman who migrates from Leningrad in the 1980s and her attempts to settle into a strange new country [Australia]”.

Maureen enjoyed the sense of Melbourne evoked by the novel, and highly recommends it. “The novel deals with large themes including the impact of immigration on both those who migrate and those who accept them. The roles of women in Australian society are challenged. Family patterns and ties, and the way in which they bind members, test people.” Thank you to our regular and new reviewers for showcasing these and other titles in general fiction in August. September’s round-up will be bundled together with October’s at the beginning of November – catch you then!