Poetry Round Up October 2019 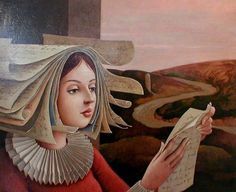 Since our last poetry round-up in March (where one lonely book made an entry) we have been busy little beavers, diving into the magical word of verse. Or at least Nancy & Jonathan have, as the majority of the 17 books reviewed in the past six months, came from one or the other.

I’m going to start with the most reviewed title for this period, Blakwork by Alison Whitaker. Published by Magabala Books last year, this slim volume captured the imagination of myself, Bill and Nancy.

Bill & I were both drawn in thanks to a poem titled A Love Like Dorothea’s. Although ‘drawn in’ is such a mild phrase to describe the actual sucker punch it gave us. Bill summed up our reactions best when he said,

I wasn’t really thinking about who Dorothea was when I started to read and so it hit me like a punch. The assertion Whittaker is making here, I think, is that our love for this land we have so recently occupied alienates the people who have been its custodians for the last 60 millennia. Our love leaves no room for their love.

Whitaker experiments with form, style and technique, usually the kinds of thing that would scare me right off poetry, but instead I found that I had,

underlined, starred and questioned so many of Whittaker’s words and phrases.

I’m not sure I will ever be done with this book.

For the first time in my life, I understand why people used to (maybe some still do?) carry around pocket books of their favourite poems (like Willoughby and Marianne in Sense & Sensibility). Some poems, some poets just get under your skin, or speak to you so deeply, that you have to have them nearby all the time, ready to dip into at will.

Whittaker has done this to me.

Nancy not only responded to a number of the poems individually, she also reached out to Whitaker via Twitter to discuss Cotton On. If you only read one book of poetry this year, then I urge you to make this the one. Aboriginal Country by Lisa Bellear was read by Jonathan for NAIDOC week. He found that the “poems that stand out for me are dramatic monologues in the mouths of historical figures, some based on photographs…[they] challenge us to join the poet in doing the work of changing the way we look at those photos, and by extension the way we imagine the history of this country.”

Personally, I believe that Jonathan writes the most amazing poetry reviews. It is tempting to simply copy his entire post for each review, full and complete, so that you can enjoy them here too. As someone still trying to find my way around or into poetry, Jonathan regularly provides insights and provocations that make me want to devour more poetry immediately!

He usually chooses one poem from each collection to highlight the poets style or to show off his favourite piece.

In Sculpting a Landscape by Colleen Z Burke he features the titular poem to show how “this is plain-speaking poetry, filled with a sense of place, that place being just up the road from where I live, and with a concern for the underprivileged.”

joanne burns “(who prefers her name and work to be written without capitalisation)” has recently published her sixteenth book of poems, apparently with Giramondo. Jonathan uses this collection to provide a brief overview of contemporary poetry, cryptic crosswords and planchettes. It was enlightening and entertaining!

Sarah Day’s, Towards Light is a collection of poems that Jonathan found “eminently accessible, and they attend to things worth attending to….In poem after poem, there is a sense of close, acute, patient attention.”

Autobiochemistry by Tricia Dearborn is a 2019 collection published by UWA. This one was obviously a big hit with Jonathan,

I love this book. I love its love of the material world, its ease with bodies and bodily functions (though I would blush to read aloud some lines in the love poems). I love the way it explores the poet’s personal history with humour and seriousness and the opposite of narcissism. Most of all, I love its championing of connectedness.

Keri Glastonbury in Newcastle Sonnets has written about Newcastle and experimental poetics.

I assume that most of my regular readers are, like me, not up to speed with experimental poetics….If you’re fully poetry-phobic, this isn’t a book for you. But if you enjoy the outsider’s pleasure of being largely mystified and then having moments of clarity and even delight, you might want to give it a go.

Jonathan is not only, brave and adventurous but he’s also willing to explore poetry that discusses everything from elements to love, Indigenous history to 1980’s pop culture. In Jennifer Maiden’s, brookings: the noun: new poems he delves into,

Finally, Tilt by Kate Lilley was explored by Nancy who found the poems unsettling and disturbing as she delved into the biographical details of Lilley’s childhood. She was particularly struck by the list poems that came together like puzzles.

Nancy has also been exploring many New Zealand women poets. She has found a lot to fall in love with and to give her shivers down her spine.

I hope this wide ranging collection of poets and their poems, inspires you rather than frightens you away from poetry. The trick seems to be to really hear what the poet is trying to say. To engage with your head, but more importantly, to let your heart open up and feel.