General Fiction Round Up: September – October 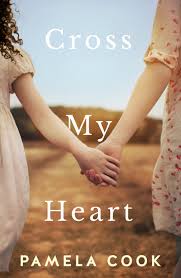 Over the months of September and October, there were 82 books reviewed, with 59 of those being books for adult readers. There were 90 reviews of these 59 adult general fiction titles.

Since it’s a bumper 2-month edition of the General Fiction update, I’ll feature a number of the most-reviewed titles.

First off is Pamela Cook’s new book, Cross My Heartwhich received five reviews and an interview with Amanda @ Mrs B’s book reviews. In her review of the book, Amanda describes Cook’s first foray into contemporary women’s fiction as “an emotional but moving tale, that carefully considers life’s unexpected turns, accepting responsibility, altering your purpose in life and learning to love in different ways.” The book explores the consequences of a woman accepting responsibility for her best friend’s child when that friend dies. Amanda says that “Rural settings are Pamela Cook’s forte and she again showcases the beauty of country based Australia in Cross My Heart.” Continuing the rural theme, Fiona Palmer’s retelling of Pride and Prejudice, entitled Matters of the Heart, was reviewed five times by our AWWC reviewers. Regular Palmer readers were not disappointed, with Brenda commenting that Jane Austen would be pleased with this re-telling! Theresa Smith Writes labelled it as one not to miss for Pride and Prejudice fans. Next we have another new release by a popular author, this time Rachael Johns’ Just One Wishwhich received a massive six reviews.

Mic Loves Books is a long-term Rachael Johns fan and published a release-day review on her blog. In the book, three generations of women showcase the sacrifices women make to live the lives they want. “Just One Wish takes us on a journey through some major crossroads for these strong, and strong willed, women. there is love, lust, heartbreak, secrets, betrayals and some rather juicy twists… Everything comes at a cost and Just One Wish explores the sacrifices that we have to make to get where we want to be. Johns also explores what happens if we are left wondering if perhaps we sacrificed too much.”

Joanna Nell, whose popular debut The Single Ladies of Jacaranda Retirement Village was released in 2018, is back with her second novel, The Last Voyage of Mrs Henry Parker, which received three reviews in September-October. Joanna was also interviewed at Tea with Mrs B. Readers might be interested that Channel 7 interviewed Joannaabout her time as a cruise ship doctor, experience she’s brought to writing this novel. “I loved this story, there were tears there was laughter … so many surprises. Evelyn and Henry were such fabulous people it was fabulous hearing about Henry’s life as a ship’s doctor and the love that they shared. I love cruising and have been on many myself … I would highly recommend this story to anyone who loves a story packed with emotion and fun.”

This round-up is consolidated into two months’ worth because I spent most of October in beautiful Tasmania. With so many tranquil, inspiring settings I’m not surprised that many authors choose to live there, including Tasmanian-born Heather Rose. The final book I’d like to feature today is her much-anticipated follow-up to The Museum of Modern Love, which won the Stella Award in 2017 and won and was shortlisted for a clutch of other awards too. Rose’s new novel Bruny gathered three recent reviews from our AWWC reviewers. Nalini Haynes at Dark Matter Zine gave the book five stars and described how her experience of reading it, a political thriller set in near-future Tasmania, interacted with her experience growing up in Tasmania. Joanne at Book Lover Book Reviewsalso praised the novel with a 4.5 star review, calling it a page-turner.

“Bruny is an intelligent and timely literary, political thriller — another highly thought-provoking read from the very talented Heather Rose.”