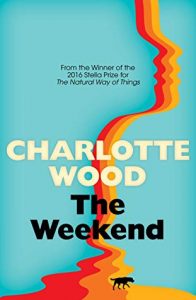 It’s nearly the end of the year, and still the awards continue, with three announcements in November. Because of this, and because we had a good number of classics posted this month, I am focusing just on those two areas in this post, because none of us have time for a tome at this time of year.

We had 46 reviews posted this month, about the same as last month. Here are the usual highlights:

Bill and N@ncy posted two classics each to the challenge this month, all due to the #AusReadingMonth run by Brona, our AWW Nonfiction editor. Their classics all come from the 1970s-80s resurgence of women’s writing in Australia.

N@ncy read two books by Thea Astley, A kindness cup (1974) and It’s raining in Mango (1987). Both deal, in different ways, with unjust treatment of Indigenous Australians. N@ncy writes that she prefers Astley’s social satire novels to A kindness cup. However, she thinks Astley “a brilliant writer” and did find the book “a good read”. She didn’t greatly like It’s raining in Mango either, because she found it “difficult to connect to the …4 generations of characters in just 240 pages.” She missed, she writes

Astley is dense – but worth persevering with, as N@ncy clearly has done with other books by her!

Meanwhile, Bill read Jessica Anderson’s Tirra lirra by the river (1978) and Elizabeth Jolley’s Milk and honey (1984). He liked Tirra lirra best of the two (perhaps because all along he thought he was reading Astley!) He writes:

I was mildly surprised as I was reading by the gentle subject matter – an old woman reflects on her life; when I was expecting something much more savagely political, like A Kindness Cup for example.

However, having realised his confusion, he discusses what the book is really about, and concludes with:

This is an interesting work to bear the ‘Independent Woman’ tag because Nora’s suppressed sexuality is not so different from Miles Franklin’s Sybyllas, Sybyl, Ignez et al*.

As for Milk and honey, Bill wasn’t confused about who he was reading, but he was, as he says, “flummoxed”, because

this book, Jolley’s third … doesn’t feel like an Elizabeth Jolley at all and in fact reminds me quite a lot of Janette Turner Hospital’s (20 years later) Orpheus Lost.

Despite my teasing here, I love that Bill knows his Australian women authors so well that he can compare them in this way. Anyhow, he concludes his post on Milk and honey with a quote from Jolley’s biographer Brian Dibble:

As Dibble writes, “There is no end in sight to this tangled web of dependency and deception in the name of love.” But did I like it? Not really.

Have you read any of these four books, and if so, what’s your opinion?

There were several awards announcement this month  …

Listed here are the winners most relevant to the Literary category of the Challenge.

Queensland Premier’s Award for a work of State Significance: Too much lip by Melissa Lucashenko. Many reviews have been posted for this book to the challenge, including one this month by Amanda (Mrs B’s Book Reviews). She captures it perfectly when she writes:

A brazen and challenging novel, Too Much Lip has the capacity to incite a visceral response to the issues at hand. An immersive read, with touches of both tongue in cheek humour and utter despair, this is a vital novel that should be circulating freely for all Australians to read.

Queensland Premier’s Young Publishers and Writers Awards Prize (two awards, both to women): Ella Jeffery and Ellen van Neerven. Works by van Neerven have been reviewed for the challenge, but none by poet Jeffrey. We’d love to see her covered here – if you are interested!

Glendower Award for an Emerging Queensland Writer Prize (unpublished manuscript): Rhiannon Ratcliffe Wilde for Henry Hamlet’s heart. We look forward to seeing this appear in our database sometime in the future – but, will it have the same title by then?

Griffith University Young Adult Book Award Prize: Karen Foxlee’s Lenny’s book of everything. Foxlee’s book has been reviewed several times for the challenge, but not this month.

The University of Queensland Fiction Book Award Prize: Carrie Tiffany’s Exploded view. As with Foxlee above, Tiffany’s book has been reviewed a few times for us, but not this month.

University of Southern Queensland Steele Rudd Award for a Short Story Collection Prize: Debra Adelaide’s Zebra: And other stories. Ditto for Adelaide, as for Foxlee and Tiffany. Do look for them via our Books Reviewed search if you are interested.

Judith Wright Calanthe Award for a Poetry Collection Prize: Alison Whittaker’s Blakwork. Finally, another winner that’s been reviewed this month! We’ve had a few reviews for Blakwork, including this month’s one the Underground Writers blog. Reviewer Jess Rae starts by saying that she’s a fantasy editor not a poetry one, but

Regardless of that, when I read a book of poetry with the amount of gravitas that this book has, I feel it’s my duty to talk about it. Blakwork is a collection of poetry, memoir, fiction, critique, and satire written by a powerful new poetic voice. Whittaker’s work brings forth two things: a brave discussion of the present, and the description of what I would consider to be an indescribable loss.

This award was established in 2014, with the first winner being Fiona McFarlane’s The night guest. The shortlist for 2019 was announced in November, with three of the six being by women.

All of these have been reviewed for the challenge, but only Lucashenko, as already mentioned above, this month.

And finally we come to the award that is both good and bad to win – good because it’s a meaningful award, but bad because it means the writer has not been properly recognised elsewhere. I’m talking, of course, of MUBA, the Most Underrated Book Award, which was was established in 2012. Previous winners have included Jane Rawson’s A wrong turn at the Office of Unmade Lists (2014) and Melinda Bobis’ Fish-hair woman (2013).

This year’s winner was also a woman, Ilka Tampke for her novel Songwoman, which is a sequel to her debut novel, Skin. Both books have been reviewed for the Challenge, but not this month. However, a MUBA winner deserves an extra bit of promotion, don’t you think, so I’m sharing Cloggie Downunder’s review that was posted in October. Here is her last paragraph which provides an excellent introduction to the book.

Tampke creates the perfect blend of historical fiction with a touch of fantasy. Her extensive research into Iron Age Britain is apparent on every page, but this wealth of interesting knowledge is presented in a form that is easy to digest. Her prose is rich and beautiful. Her characters are fascinating, flawed yet striving for integrity, and their dialogue adds authenticity. Tampke includes a very helpful map and, while a basic knowledge of the Roman invasion is useful it is not essential to the enjoyment of this excellent sequel.

One of the two runners-up was also a woman writer, Sue McPherson for her YA novel Brontide, which hasn’t yet been reviewed for the Challenge – perhaps because under-rated is another way of saying under-promoted? Do look out for it if you #LoveOzYA!