Young Adult Round Up November 2019 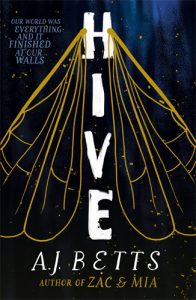 Welcome to the November Young Adult Round Up! It’s hard to believe we are here already, but we are. So first, some stats. Most months have been fairly steady with between twelve and fourteen reviews. In November, we had sixteen reviews by twelve reviewers, with one interview I did with Lynette Noni for the Weapon blog tour at the start of November with Pantera Press. Many of the authors and books reviewed are ones unfamiliar to me, so I’ll list the reviews this month from blogs and Goodreads, as they were all intriguing and it was hard to decide who to feature, and it is getting to the pointy and very busy end of the year, and we all have many things going on, so I hope this will suffice for this month.

Claire Holderness reviewed two books, one by Taryn Bashford and Rogue by A.J. Betts , both of which she enjoyed.

Rebecca Bowyer reviewed a book of short stories by Alana Andrews called Beyond on Facebook, and pointed out the themes and stories that stood out for her.

Tracey at Carpe Librum reviewed Rogue and Hive  by A.J. Betts, a YA duology that she says took a while for her to settle into, as it wasn’t what she usually reads. However, after completing the sequel, Rogue, she found it satisfying and would recommend it to YA readers. Emily at A Keyboard and an Open Mind reviewed a couple of books by Madeleine D’Este, The Antics of Evangeline, which is a series of short, steampunk stories. Emily would have liked more backstory despite the short stories, but overall, she did enjoy them. Emily also reviewed The Flower and the Serpent about a group of teenagers putting on the Shakespeare play, Macbeth. For this one, Emily liked the plot and way the story was written, but says she feels more invested in a story when she has a connection to the characters.

Veronica Strachan also reviewed The Flower and the Serpent  at Goodreads. She was surprised by the story itself, not expecting it to be as grim or as dark as it was, and despite finding the setting worked well, didn’t really like any of the characters – it is interesting to see how different readers respond to the same book.

Nadia L King reviewed The Ghost’s Child by Sonya Harnett – , which she compared to a mixture of Storm Boy and a fairy tale, and she loved it – it might be one worth checking out one day. Carolyn Scott – This Shattered World by Amie Jaufman and Megan Spooner  – which is the second book in a trilogy, and refers back to the earlier one, but is perhaps not as enjoyable for Carolyn as the first, and she’s looking forward to the conclusion to see what happens next.

Jess Rae – Neverland by Margot McGovern. Jess thoughtfully places a trigger warning at the top of this review, as it is a book and review that some readers may struggle to get through, and for this, they should not be judged. It tackles mental health, and Jess says female characters aren’t criticised for exploring or embracing aspects of their sexuality that are usually shamed. Together, these aspects, plus the way the story is told worked well for Jess.

Amy @ Lost in a Good Book – Emmie and the Tudor King by Natalie Murray , an alternative Tudor history looking at the premise of what would have happened if Queen Elizabeth I had had children, and the subsequent mystery you have to unravel as a reader. Amy loved all the surprises in it and really enjoyed it and now I want to read it! Kate @ Books are my favourite and best – A Small Madness by Diane Touchell – – Kate only wrote a short paragraph for this, where she indicates YA isn’t really her genre, but enjoyed this fresh and truthful approach to teenage life.

Sandi Parsons – Sensitive by Allayne L Webster -. Sandi says the author’s own experiences influenced this book, making it an #OwnVoices book about disability and this is what made the book as powerful as it was.

Until January 2020 for the December round up!