Diversity Round Up: February 2020 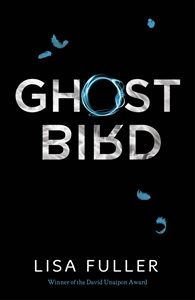 Welcome to the February diversity round up. Thank you so much to the reviewers who have added 24 reviews of books containing diverse themes or written by diverse writers to the Australian Women Writers Challenge database this past month.

The 2020 Stella Prize longlist was announced a few weeks ago and it was heartening to see a few books featuring diversity that have also appeared in our database, including There Was Still Love by Favel Parrett (Hachette Australia), Diving into Glass by Caro Llewellyn (Penguin Random House) and The Yield by Tara June Winch.

Here are just a few of the books reviewed by our lovely reviewers this month. Remember you can join in the Australian Women Writers Challenge at any time. Sign up here.

Cass Moriarty enjoyed Ghost Bird, by Lisa Fuller, giving it 4 stars and calling it “a perfect example of an ‘own voices’ story”:

Fuller depicts Aboriginal culture and family life from her real-life perspective. The language, in particular, is a rich and engaging patois that rolls easily off the page and is sustained throughout the entire novel.

Lisa Fuller is a multi-award winning Indigenous author. Her novel, Ghost Bird, won 2017 David Unaipon Award for an Unpublished Indigenous Writer. In it, Stacey tells the story of the disappearance of her sister, Laney, and her search to find her sister – whom Stacey is convinced is still alive and needs her help.

Immigrants in small-town Aus: Farewell, My Orange by Iwaki Kei

Iwaki Kei has called Australia home for more than 20 years. Farewell, My Orange, is written in her native language and has been translated by Meredith McKinney. Set in coastal small-town Austraiia, the story follows two immigrant women – one from Japan and one from Nigeria – helping each other to navigate the devastating loss, in different ways, of their children.

In her review, Calzean says it is well written and touching, and calls it “a little gem of a book”:

The two main characters have their separate struggles, tragedies and hopes. They show that behind everyone there is a history and a future.

Theresa Smith reviewed the non-fiction title, Bjelke Blues, this month. The book includes stories by Australian women authors such as Melissa Lucashenko, Anne Jones, Mandy Nolan and Andrea Baldwin. As Matthew Condon explains, “It is a collection of stories about “the men and women who were at the end of police batons… at the front line fighting for justice and decency.”

I think this quote from Theresa’s review says it all:

The corruption was astounding, the bogus laws appalling, the archaic views of Bjelke-Petersen horrifying. The racism, sexism, homophobia, and widespread prejudice against youth, certain religions, creative people, university students, people with a modicum of intelligence…the list goes on. What a frightening time to have lived in Queensland.

Carolyn hails Kelly Rimmer’s novel as “a beautifully haunting book about love and resilience in times of unimaginable grief and loss.”

The narrative of The Things We Cannot Say is split between WWII and today; Poland and Australia. In 2019 Alice struggles to balance the needs of her 7-year-old son – diagnosed with autism spectrum disorder – and the rest of her family. Life becomes even more complicated when her her ailing grandmother begs Alice to travel to Poland to help her uncover past family secrets.

This book has been widely acclaimed as a powerful story on many levels. In her review, Carolyn was particularly impressed with Rimmer’s sensitive characterisation of a child with ASD:

The depiction of Eddie’s autism felt well researched and gave us an insight into what it would be like to be a mother of a child with such a profound disability.

Tabitha Bird’s novel, A Lifetime of Impossible Days, continued to receive great reviews, with two this month from Calzean and Dark Matter Zine.

I hope you’ll consider adding one or more of these books to your reading list. If there’s nothing here which piques your interest, check out some of our recent Diversity round ups or have a look through the reading lists on our Reading for diversity page.

Keep the reviews coming! Remember to check the “Diversity” box when you link your review if the author is from a diverse background or your review touches on Indigenous issues, migrant heritage, LGBTQI/non-binary or disability experiences. 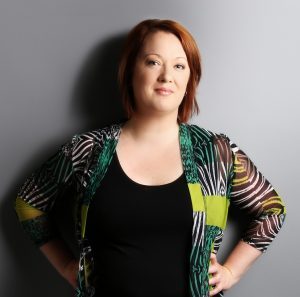 I’m Rebecca Bowyer, a storyteller, novelist and Diversity Editor here at the Australian Women Writers Challenge. I live in Melbourne, Australia with my husband and two young sons. When not at my day job or wrangling kids, I can be found writing my next novel, or writing about books, reading and writing over at Story Addict.