History Memoir and Biography Round Up: January 2020 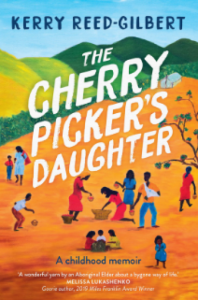 We have had a fairly quiet January in the History Memoir and Biography category, with ten reviews for the month. Given that Australia tends to go into vacation mode in January, one might have expected more, but perhaps this unnerving summer has not been conducive to sitting under a tree reading a non-fiction book in the HMB category.

Books published over the last few years continue to attract readers.  Denise Newton read Bri Lee’s Eggshell Skull and Patti Miller’s The Mind of a Thief, and Jennifer Cameron-Smith reviewed Cathy McLennan’s Saltwater.  If you’ve read any of these books yourself, you might like to visit their reviews, to see how they responded to them.

All the reviews of books new to Round Ups (although not necessarily newly-published books) in January were either memoirs or biographies.

Two of these memoirs were written by indigenous authors. Kerry Reed-Gilbert’s memoir The Cherry Picker’s Daughter was published during 2019, but ‘Aunty Kerry’ passed away just after completing the manuscript for her book. Jennifer Cameron-Smith writes that:

‘The Cherry Picker’s Daughter’ is Kerry Reed-Gilbert’s memoir of childhood. Of growing up Aboriginal on the fringes of towns in regional New South Wales. Of fear. Of prejudice. Of disadvantage….Kerry Reed-Gilbert was a teacher and advocate. She was also the co-founder and inaugural chairperson of the First Nations Australian Writers Network (FNAWN). Her memoir is important: both a reminder to all of us of the continuing struggles faced by so many Indigenous peoples; and a tribute to an exceptional woman.(Review here) 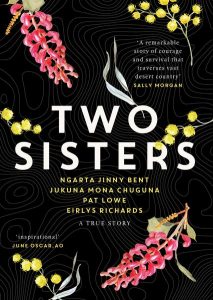 Two Sisters: Ngarta and Jukuna is a brilliantly evocative autobiography of two aboriginal sisters. It’s also a fascinating and eye-opening portrait of the desert people’s way of life in the 1950s and early 60s and how the coming of the vast cattle stations changed everything….The sister’s memoirs are told separately — Ngarta’s is titled a Desert Tragedy, while Jukuna’s is My Life in the Desert — and there are short chapters, by Pat Lowe (who edited the stories) and Eirlys Richards (who translated them from the Walmajarri language), explaining how the book came into being and putting the sister’s lives into context….I learned so much reading this slim volume, not just about the amazing resilience and survival skills of these women, but the ways in which they were prepared to share their experiences with the wider world. Both women went on to do amazing things with their lives to ensure their culture was preserved — Ngarta became an artist in middle age and Jukuna taught Walmajarri to school students. (Review here)

Another collaboratively written memoir reviewed this month was Ruth Park and D’Arcy Niland’s The Drums Go Bang, first published in 1956, telling the story of the first five years of their marriage as two freelance writers, and ending with the publication of Ruth Park’s classic The Harp in the South in 1947. Sue at Whispering Gums has reviewed this book: 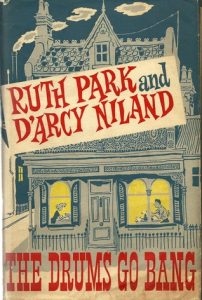 The first thing that struck me was its point of view: it slips astonishingly between third person and first person plural, sometimes in the middle of a paragraph. And then the penny dropped, its collaborative nature.…The drums go bang is a short and often funny book, but it manages to cover a lot, including their struggles to find accommodation in 1940s Sydney when accommodation was scarce, their decision to go freelance and the resultant struggle to survive, their work in the outback, two pregnancies, their lives in Surry Hills and other Sydney suburbs, and their relationships with a wonderful cast of characters. The aspects which interested me most were of course Surry Hills, because it inspired The harp in the south, the writing life, and the writing itself, which provides such an insight into their skills. (Review here)

A more recent biography of a writer is Cathy Perkin’s The Shelf Life of Zora Cross (2019). Zora Cross, a writer largely unknown today, caused a sensation with the publication of her book of sonnets Songs of Love and Life in 1917. Janine Rizzetti noted in her review: 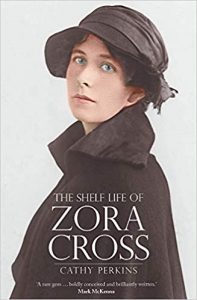 This book, which is a biography of the now-forgotten Zora Cross, is also an exploration of the Australian writing and publishing scene of the first half of the twentieth century, particularly in Sydney and Melbourne. I had flutters of half-formed recognition of many of the names in this book, and the author has used them as anchors in each of the chapters that move roughly chronologically through Zora Cross’ life. …This is a very skillfully written biography, maintaining its chronological trajectory while using various friends and colleagues as a prism through which to explore Zora Cross’s personality and writing.  …As well as a biography, the book explores the literary industry and the whole issue of literary presence after death. Perkins’ decision to use relationships as an organizing device emphasizes the interconnections between writers and publishers, something that is often invisible to the reader. (Review here) 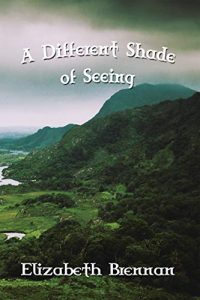 Two of our reviewers read two very different memoirs that explored different aspects of identity and consciousness.  Maureen Helen read  Elizabeth Brennan’s memoir A Different Shade of Seeing.  This book, written in 2014, recounts the author’s journey to uncover her Irish Catholic heritage. But, as Maureen writes:

A Different Shade of Seeing is far more than a travel book. History, geography, myth, conversations and anecdotes tumble together. The author intersperses poetry from a variety of sources with personal meditations….Above all, the inward, spiritual journey of the traveller unfolds. She makes connections between Ireland, her country of origin, and Australia, the land of her birth. She talks about her childhood and upbringing in a Catholic family. She writes of her awareness of a benevolent Presence in her life. (Review here)

Nicola Redhouse’s Unlike the Heart: A Memoir of Brain and Mind (2019) was written in response to the author’s experience of postnatal anxiety. Kate@Booksaremyfavouriteandbest writes that: 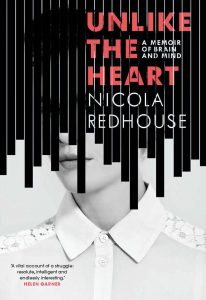 ‘Memoir of brain and mind’ undersells the amount of information in this book – it goes beyond memoir and examines the human ‘mind’ in terms of philosophy, science and literature; the distinction between the conscious and the sub-conscious; the role of genetics in postnatal anxiety; and the impact on the ‘mind’ of the physical and hormonal changes experienced during motherhood….In one sense, this book is exhausting. The relentless picking apart of everything, and the constant search for meaning, is overwhelming to read, let alone live. But Redhouse navigates the reader through her research and in doing so, exposes the inconsistencies and biases in her own thinking….somehow Redhouse wrangles the complicated information and reaches some firm conclusions. The book ends with both academic merit and a memoirist’s eloquent flourish. (Review here) 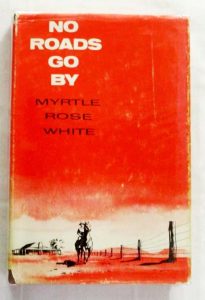 In writing these Round Ups,  I’ve often  found myself hesitating over the memoir/fiction distinction in recent books, but now I find myself facing the same dilemma with a book published in 1932. Bill Holloway, who reviewed Myrtle Rose White’s No Roads Go By describes it as a ‘fictionalized memoir’ and likens it to Mrs Aeneas Gunn’s We of the Never Never – another book that is hard to define.  In this regard, the Dewey Decimal numbers on Trove haven’t helped me at all, because it lists it both under Australian fiction (823.2) and Australian geography and travel (919.42).  AusLit , however, describes it rather definitively as ‘autobiography’, so I’ll go with that. Bill writes in his  review:

No Roads Go By (1932) [is] the fictionalised memoir of a young woman whose husband took her and their young child from Adelaide to manage a cattle property in remotest outback South Australia in the years leading up to WWI. Myrtle White’s “Mrs Brown” is a city girl like the more famous Mrs Aeneas Gunn of We of the Never Never (1908)….So No Roads Go By plays, or played, an important part not just in selling the romance of the outback, in which all Australians like to believe, but in asserting women’s role in what is often pictured as an almost totally male domain. …There is not much to the story, but it’s competently written, and White had a few other books published on the back of it. (Review here)