History Memoir and Biography Round Up: February 2020 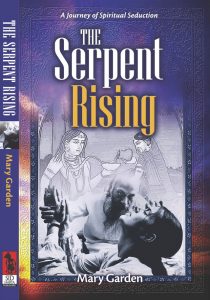 In February 2020 there were sixteen reviews in the History Memoir and Biography category. I suspect that there may well be even more in coming weeks as our lives become more circumscribed.

As usual, there were reviews for books that we’ve already featured in these round-ups. Most striking was Claire Bowditch’s Your Own Kind of Girl (2019) which garnered three very positive reviews in February, one by Amanda@MrsB’sBook Reviews, another by Denise Newton and a shorter review by Kali Napier.  Robyn Annear’s Nothing New: A History of Second-Hand enchanted Jennifer Cameron-Smith  and Heidi@butbooksarebetter reviewed Vicki Laveau-Harvie’s The Erratics. Vicki Hastrich’s collection of memoir essays in Night Fishing was reviewed by Jonathan Shaw.

Quite a few memoirs this month! I’ll go chronologically by date of publication.

The author Mary Garden is featured twice in this round-up, with her own memoir and a hybrid biography/memoir (see below). Her memoir The Serpent Rising was first self-published in 1988, then re-published in 2003 and is now available in hard copy or as an e-book through the author’s website. In her review Cass Moriarty writes:

The Serpent Rising: A Journey of Spiritual Seduction (Sid Harta Publishers 2003) is a memoir by Mary Garden about her time as a young woman in the 1970’s when she spent years living in India searching for her personal guru and looking for spiritual enlightenment….But what she discovered – eventually – was very far from the bright light of truth and wholesomeness….This book is an interesting account of what really goes on behind the scenes and raises the pure and chaste veil to reveal the true nature of these cult-like communities and the damage they inflicted on already traumatised and vulnerable followers. (See review here). 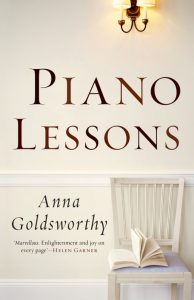 Anna Goldsworthy’s Piano Lessons was published in 2009. It was highly acclaimed at the time, shortlisted for several awards and receiving the Australian Book Industry Award for Newcomer of the Year 2010. Sue Terry at Whispering Gums was pleased to finally catch up with it:

Essentially, this memoir, is a coming-of-age story. It covers Goldsworthy’s life – specifically her piano-playing life – from the age of nine until her mid-late twenties. It is not, however, the traditional coming-of-age story, but her coming-of-age as a musician and, along the way, as a wiser more rounded person….Piano lessons is not a long book – just 240 pages or so – but the writing and the structuring of the story are so tight that Goldsworthy conveys this coming-of-age to some depth despite the book’s brevity….There is more to this book about music and musicians, about fostering talent, about forging a meaningful life as a musician, and about teaching being “the highest calling”… (Review here).

Adele Dumont’s No Man is an Island was published in 2016, and it probably has even more resonance today given the ABC’s recent screening of ‘Stateless’. Calzean writes in her review:

In 2010-12, the author was a teacher for detainees, first a short stint as a volunteer at Christmas Island and then two years at the Curtin centre. Curtin is located three hours north of Broome West Australia. It is remote, it is hot, dusty and flat. During 2010-12 there was a surge of asylum seekers arriving in Australian waters in leaking boats. They faced uncertain futures in mandatory detention. The author has a gentle way of writing. She tries to keep her political views in the background to give focus to the plight of the men and on how she copes with her experiences. (Calzean’s review here). 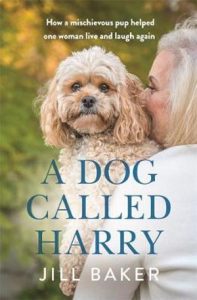 A Dog Called Harry (with the adorable cover) is a heartwarming memoir by Aussie author Jill Baker – her first book; her first dog – and I loved it! Harry reminded me of our cavoodle, he had some of the same naughty behaviour, but thankfully ours was a little better behaved! Jill’s mental attitude took a battering but her incredible strength as she went through some of the worst life can throw at us, was amazing. It also shows the truth of what all animal lovers know – that a beloved animal, be it dog or cat or anything else, can make a difference to your life. Highly recommended. (Brenda’s review here)

The most recent memoir reviewed was Susan Francis’ The Love That Remains (2020). It was reviewed by 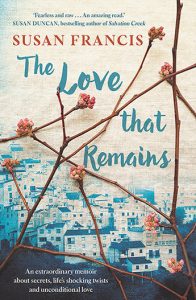 In this book, Australian woman Susan met the love of her life in her 50s, a miner named Wayne. He supported her whilst she searched out her biological parents, having been adopted as a baby in Newcastle. And after Susan had her somewhat unsatisfactory answers, they threw in their jobs and went to live overseas. They lived in Spain and made various forays to other countries, exploring places like Croatia and Portugal. Whilst in Portugal, the unthinkable happened…After that, Susan is confronted with information about him that makes her wonder if she ever really knew him at all. And so she undertakes a journey that is both a quest for the truth and a way to lay everything to rest….I really enjoyed this – I thought it was well told and that the author gave a very good picture of her life, the ups and the downs. (Read review here)

Mary Garden (whose memoir Serpent Rising is mentioned above) turned her attention to her father, aviator Oscar Garden in Sundowner of the Skies, published in 2019. Cass Moriarty, who obviously enjoys Garden’s writing also reviewed this book: 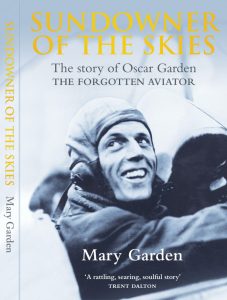 Sundowner of the Skies: The Story of Oscar Garden, The Forgotten Aviator (New Holland Publishers 2019) is author Mary Garden’s biographical account of the early life of her father, Oscar Garden, interspersed with her own personal memoir and memories of him in his later years. Complete with photographs, the book is an almost forensic examination of her father’s adventures and subsequent career as an early aviator, blended with the author’s own relationship with him, and the anthropological research she has conducted into her family history….Mary Garden sets aside her rose-coloured glasses and writes what she admits is a ‘warts and all’ biography of the most famous early aviator you’ve never heard of, and uses what she discovers to help her understand her own legacy of family trauma and to identify the patterns that continued through several generations. (Read review here) 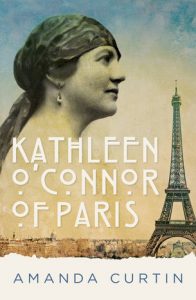 Janine Rizzetti reviewed a biography of prolific artist Kathleen O’Connor, whose long life between 1876-1968 was spent mainly in Paris, although she had family connections that drew her back to Perth. In her review of Kathleen O’Connor in Paris  (2018) Janine writes:

It’s not easy to know how to classify this book. My library shelves it with the Biographies, but it spills out of that category.  Curtin the author is very much present, and she often struggles again her fiction-writer sensibility, reminding herself that this is not fiction, and warning herself that she is embroidering and imagining. (It doesn’t stop her doing it, though)… I value this book highly for bringing Kathleen O’Connor to increased prominence. Even more, the writing and evocation of place and nuance of character in Curtin’s writing, tempts me to seek out her fictional work. (Janine’s review here)

It’s common to find writing encompassing history, memoir and biography amongst edited collections of essays, written by both men and women. This month reviews were posted of two such volumes. 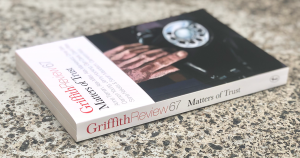 Cass Moriarty read the latest Griffith Review 67 Matters of Trust  (2020) – surely a timely publication given the current world situation. She particularly identified some memoir and autobiographical writing by women that appears in the volume:

Matters of Trust is quite top-heavy with non-fiction, essay and reportage, and only a smattering of fiction and poetry…The most compelling non-fiction report is the emotional story of a woman searching for answers to her husband’s suicide in The Burning Question, Collateral Damage and the Catholic Church, by Suzanne Smith…Some of the pieces that most resonated with me in this edition include: Signing Up to the Social Contract, memoir by Natasha Cica…a memoir piece titled On Being Sane in Insane Places by Katerina Bryant, whose mother works on suicide prevention for farmers… (see her review here) 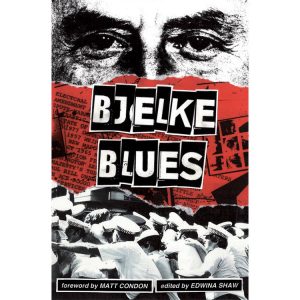 Bjelke Blues(2019) edited by Edwina Shaw is an anthology of writing by people who experienced the repression and violence of Joh Bjelke-Petersen’s Queensland between 1968-1987. Theresa Smith writes:

Bjelke Blues is all about resistance during the nineteen years that Joh Bjelke-Petersen reigned as Premier of Queensland. It’s the kind of book that has you laughing while also crying and beating your head against the table. This was Queensland? It beggars belief. Countless remembrances written by a wide variety of Queenslanders make up the content of this book. Ordinary people who protested for a better Queensland; people who were openly harassed in the most appalling manner and subjected to violence, arrest, surveillance, and financial penalty by the police for the most ridiculous reasons….it’s so important, as people who live in a democratic nation, to read a book like this, a history from within your own country that is not too distant, where the echoes can still be heard within the voices of politicians getting voted in today, not just in Queensland, but all over Australia. (Read her review here)

We cover all three categories this month! 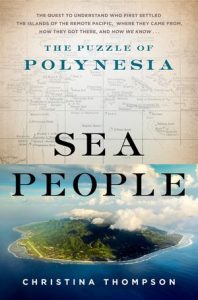 Christina Thompson’s Sea People: The Puzzle of Polynesia (2019) explores the Polynesian discover and colonization of the Pacific. It was awarded both the 2019 NSW Premier’s General History Award and the 2020 Victorian Premier’s Award. Calzean was very impressed with it:

The structure of this book worked really well in telling the story of how the world tried to determine where the people of Polynesia came from. It contains all the various efforts from the time the Western world slithered across these beautiful peaceful islands and how difficult the process has been and continues to be….It’s hard for a nonfiction book to have the right balance of entertainment and fact. This one does in spades. It’s like a good mystery slowly unravelling the onion layers only to find another onion. (Read Calzean’s review here)