History Memoir and Biography Round Up: March 2020 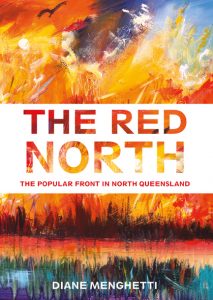 In such a strange world, the number of books read in the History Memoir and Biography did not increase markedly during March, with 11 books garnering 13 reviews. Perhaps we’re leaning more towards fiction at a time when the real world is quite disturbing enough for anyone.

This month I’m actually going to follow the order of the genre: history, memoir and biography – and of course I’m delighted to see that all three are represented!

It seems a paradox to me that today Queensland has some of Australia’s most conservative politicians, and yet between 1930-1940 the ‘Red North’ — the area north from Mackay to Cairns — developed as the single strongest base of the Communist Party of Australia. Jonathan Shaw, a North Queensland lad himself, reviewed Diane Menghetti’s book The Red North: The Popular Front in North Queensland (1981) as a monograph published by James Cook University as part of their Studies in North Queensland History series. It has since been republished in 2018 by Resistance Books. Jonathan writes of the original 1981 publication:

[The] book is a solid account of the second half of the 1930s when the CPA was more of a force in North Queensland than in any other part of Australia. …It makes no pretence of being other than an MA thesis, set in courier with a foreword by a professor, footnotes and 60 pages of appendices…But it turns out to be a fascinating read – for me, and I expect for many people like me who hail from that part of the world, as well as anyone interested in the history of the labour movement and Communism in Australia. (Review here) 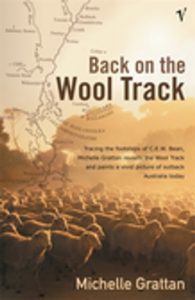 Michelle Grattan is best known as a political commentator but in Back on the Wool Track (2004) she retraces the steps of journalist and military historian C.E.W. Bean, most famous for his reports of WWI and the ANZAC troops, on an earlier journalistic foray into western New South Wales early in the 20th century. Jennifer Cameron-Smith writes:

In this book, Michelle Grattan follows in the footsteps of C.E.W Bean’s journey through western New South Wales in the early twentieth century. In 1909, Bean was commissioned by the Sydney Morning Herald to write a series of articles on the wool industry. Those articles were compiled into a book ‘On the Wool Track’ …Ms Grattan tracks down descendants of some of the people that Bean met. She writes of the challenges in these remote parts of New South Wales where distance and aridity shape life. Wool was the staple in Bean’s time, but this is marginal land and drought has had an impact….As I read this book and learned some of the history of this vast area, I added some towns to my ‘want to visit’ list. (Review here)

Three readers reviewed Lucia Osborne-Crowley’s I Choose Elena (2020), described in a Guardian blurb on its front cover as “A masterful examination of trauma and finding solace in literature”. Amanda@MrsB’s Book Reviews writes that:

Published by Allen and Unwin in February, this brave and searing memoir style piece, looks closely at the cycle of trauma. Informative, reflective and honest, I Choose Elena is a timely book, that calls for greater recognition of the lasting effects of trauma. …I Choose Elena is a little book that really packs a punch. It hits where it hurts, and it examines issues of the utmost importance. Striking hard at the medical, healthcare, judicial, political and education system, along with society’s perceptions of violent attacks, rape, women’s health and wellbeing, Lucia 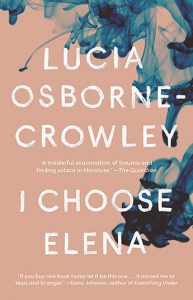 Theresa Smith describes it as:

…one of the most honest and heartbreaking books I have ever read. The bravery that Lucia Osborne-Crowley has demonstrated in writing it just astounds me. But I want to clarify at the outset that this book is not a memoir. It’s more of a long-form medical essay with contextual personal reflections. Lucia writes about her own experiences of trauma and the effects this has had on her body, following this up with her battle for a diagnosis and subsequent surgeries and treatments. Rather than being driven by emotion, the content is presented in a logical manner and underscored by research. (Review here)

And Cass Moriarity writes that:

This is an uncomfortable read but an important one. Content may be triggering or confronting. But for some readers, this will be the book they have been waiting for: the book that allows them to finally hear their own voice and to allow others to help with their pain. (Review here) 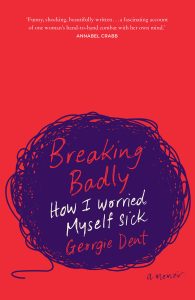 Georgie Dent’s Breaking Badly (2019) is another contemporary memoir exploring issues of mental and physical health and in this case, the use of Cognitive Behavioural Therapy.  Georgie Dent was a recent law graduate, with a position in a prestigious law firm, and was surrounded by a boyfriend, family and friends when she was diagnosed with Crohn’s disease and crippling anxiety. Kate@Booksaremyfavouriteandbest found the book “interesting but not ground-breaking” noting on finishing the book that

therein lies a common problem with memoir – there is no ‘ending’ because life goes on and yet, authors feel compelled to provide a conclusion. …Furthermore, the neat conclusion makes her problems seem far more easily resolved than I imagine they were in reality. (Review here)

Both these books are written by relatively young women, but Helen Elliot’s collection of essays Grandmothers: Essays by 21st Century Grandmothers (2020) is written by women at the other end of the age spectrum. Cloggie Downunder writes: 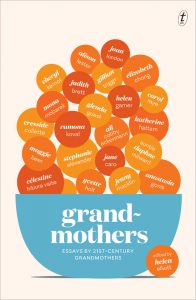 They muse on being grandmothers, share many anecdotes about grandchildren and memories of their own grandmothers. Editor Helen Elliott previews aspects of what the twenty-two contributors, from all walks of life, write about….Common to most is the observation that now, having more time, patience and energy that when they were mothers, they’re much better at grandmothering. The length of the essays makes this a perfect compilation to be read in small doses, and this funny, moving and inspirational collection will appeal especially to readers with grandchildren. (Review here)

An older woman and her care needs prompted her daughter Rebecca Lister and her partner Tony Kelly to shift to Mt Isa from Melbourne, a move that they describe in their jointly written Growing Pineapples in the Outback (2020). Cass Moriarty writes: 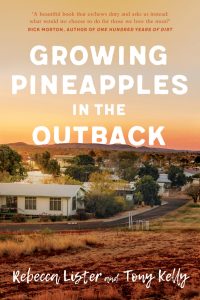 In this searing, honest and heartfelt account, the two narrate alternate chapters as they describe their rollercoaster feeling,…This book is an introspective tale that reflects on aging, illness, declining capacity and familial responsibility. As such, it is full of small details and minor recollections that I sometimes found inconsequential or a bit lacklustre, but then perhaps that is the point: that life as a carer can wear you down with the tediousness of the sheer weight of physical responsibility you undertake on behalf of another. …It is both a commiseration and a celebration of a simpler life, and a tribute to a woman who devoted her life to caring for others, but in the end was able to enjoy the care and attention of others. (Review here) 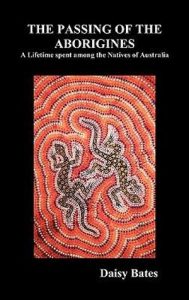 The outback was also the setting for Daisy Bate’s The Passing of the Aborigines (1939), available through Project Gutenberg and as a second-hand purchase. In his review, Bill Holloway writes:

The Passing of the Aborigines is a collection of stories written by a dedicated, adventurous, literate and thoroughly old-fashioned woman, describing her life with Aboriginal people…This a beautifully written book which contains a wealth of stories and information nowhere else available. Its big problem is that it contains ideas which present day Aboriginal people repudiate. …Bates as an Australian ‘explorer’ and scientist (anthropologist) should be more widely recognised. The Passing of the Aborigines is a fascinating work by a fascinating person and an important and largely unrecognised record in our national history. (Review here) 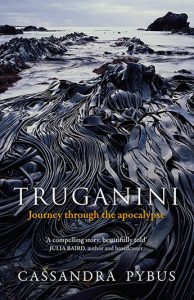 In this vein, Indigenous woman Truganini was often designated “the last of her race”. Cassandra Pybus’ Truganini: Journey through the Apocalypse returns to the original eyewitness sources to tell the story of this 70 year old woman who was to become “an international icon for a monumental tragedy – the so-called extinction of the original people of Tasmania.” In her review, Shelleyrae@Book’dOut writes:

Honestly I have no words to communicate the deep sorrow I feel for the fate of Truganini and all of the indigenous peoples. This harrowing narrative reveals a spirited and courageous woman who suffered unimaginable losses – the annihilation of her country, her culture, her kin, and her identity. Pybus’s account is rendered with honesty and empathy, shedding light on the shameful history Australia is yet to reconcile. Profound, poignant, and perceptive, Truganini should be required reading for all Australian’s to aid in our understanding of, and acknowledgement of, our past. (Review here)

A very different biography is that of the writer Madeline St John, whose The Essence of the Thing was shortlisted for the Booker Prize in 1997 and whose book The Women in Black was made into a film in 2018. These satisfying, insightful books are at odds with the prickly, expatriate author explored in Helen Trinca’s Madeleine: A Life of Madeleine St John. As Janine Rizzetti says in her review, this excellent biography “captures well the ambivalence of the biographer towards her subject”. She writes: 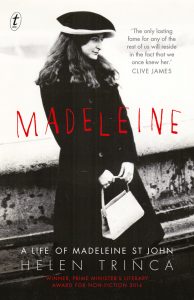 I think that Madeleine St John would have been infuriated by this biography, where the author treats her with a cool impassiveness. … Trinca keeps her eyes steadily on Madeleine the character, and there is no in-depth analysis of the books as such. Her footnotes pay testament to the author’s diligence in tracking down friends and acquaintances – none of whom could give unalloyed praise for St John….Using this network of friends and acquaintances, Trinca manages to weave a background against which St John’s life can be placed; a background that captures the heady optimism of university life in the early 1960s, the tangled connections amongst an intellectual and creative largely expatriate milieu, and the continued warp and weft of family background, no matter how much someone might want to distance themselves from it. (Review here)