Classics and Literary Round-up: May 2020 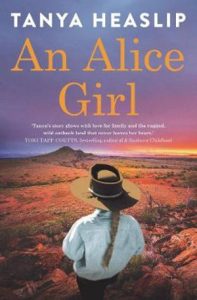 Things are very difficult in my life at present with my ageing parents needing a lot of care, so this post will be short – but I did want to do it rather than try to play catch-up. Forgive me for the brevity.

We had 5 more reviews in May than April, meaning we had 54 reviews, with, also, a greater spread of books and authors. In other words, no author or book received 5 or even 4 reviews this month, as they did last month. I like seeing this spread in our reviewing – I like, that is, to see the love shared. Here are some statistical highlights:

This month’s classic was Ava Cambridge’s Sisters (1904), reviewed by Emma, who also posted a review of a book by Ada Cambridge last month. Emma says it wasn’t what she was expecting, being more bitter than the previous Cambridge novels she’s read. She writes that:

Ada Cambridge weaves a story with the underlying idea that love and marriage are not compatible. Love doesn’t survive the quotidian and people you love shouldn’t be the ones you marry since you should want different qualities in a spouse than in a lover.

Emma wonders what Cambridge “wanted to prove in her novel and why it’s so bitter compared to the others”. I don’t know the answer, exactly, but I think Cambridge was not dewy-eyed about marriage and was, presumably, reflecting her view of marriage?

Writers in Residence: An Online Festival

In early May, I attended a little online festival geared at providing an opportunity for emerging writers to spruik their books. Some 14 men and women writers appeared over what was a pretty tight five-hour event. A couple of those authors were reviewed for the challenge this month so I’ve decided to give them an extra little boost here!

Laura Jean McKay’s The animals in that country was reviewed by Kim of Reading Matters. She describes its premise as follows:

there’s a flu-like pandemic raging across Australia that allows those infected to understand what animals are saying. But being able to communicate with non-humans — including mammals, birds and insects — isn’t as wonderful as you might expect, for the messages, random, garbled and incessant, are frightening: the animals are calling for help.

Calling it preposterous but plausible, and also “original” and unique”, Kim says she “ate” the book up “in the space of a weekend. Sounds like a must read, eh?

The other book is Leah Swann’s Sheerwater, a thriller about a mother who finds her two children have gone missing from the back of her car. It was reviewed by snowqueensvt and Theresa Smith. Snow Queen loved it, saying, in very expressive language:

The book is unput[down]able. The narration is unstoppable. It takes you, spins you and spits you out at very unexpected points.

Theresa Smith reports on an author talk Swann gave on motherhood in fiction. Swann talks about “where ‘maternal telepathy’ runs into direct conflict with societal expectations – including her own” and how this “creates an intolerable psychic atmosphere”. This is what she wanted to explore in her novel. The mother Ava, she says,

is a physically competent and courageous character – but even she is paralysed with fear. Her consciousness fractures until the moment she reconnects to her courage

Just two awards have made announcements since my last post…

This award, offered by the Australian Literature Society brings no money, just a medal. However, it still looks good on a writer’s CV I reckon. Four of the five shortlisted books are by women:

All of these have been reviewed for the challenge, except for Charlotte Papertalk Green’s. Only Tiffany’s Exploded view was reviewed in May, by Kim of Reading Matters. She describes it as “a strangely hypnotic story about a teenage girl in the 1970s plotting to get the better of the man who has become her stepfather.”

The Australian Book Industry Association Awards have many categories, but the one of greatest relevance to this corner of the challenge is the Literary Book of the Year. 2020’s winner was Charlotte Wood’s The weekend, which has, or course, been reviewed for the challenge, but not this month!