History Memoir and Biography Round Up: June 2020 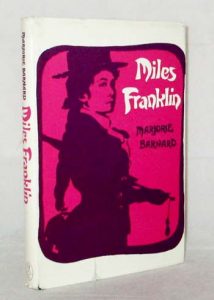 There were ten books read during June in the History, Memoir and Biography genre, many of which have been reviewed previously.  Lucia Osborne-Crowley’s I Choose Elena was read by Jennifer Cameron-Smith and Jackie (a new reviewer who has been very busy reading memoirs this month!) Jackie also read Clare Bowditch’s Your Own Kind of Girl, without knowing in advance who Clare Bowditch is, and her review is quite different to the other reviews that this book has received so far. She also read Chloe Higgins’ The Girls (her review here), Cathy McLennan’s Saltwater (review here) and Jenny Valentish’s Woman of Substances (review here). Veronica@The Burgeoning Bookshelf read Tanya Heaslip’s An Alice Girl and her review is here. It’s always a pleasure to see books being picked up and read after the initial publicity has died down.

So what was newly-read for the Challenge in June? This time, they are all either biographies or memoirs, all with women as their main subjects.

The chronologically oldest book read during this month was Marjorie Barnard’s biography Miles Franklin:The Story of a Famous Australian (1967). Barnard was an author in her own right and part of Franklin’s friendship circle. In his review, Bill Holloway writes:

Barnard’s Miles Franklin: The Story of a Famous Australian was published in 1967, thirteen years after Franklin’s death in 1954, and three years after the release of her papers though she doesn’t appear to have made much use of them. This is a strictly literary biography with some reference to Franklin’s childhood and only such references to Franklin’s years in Chicago and London as Barnard gleaned from conversation with that unreliable witness, Miles Franklin. …This is a flawed work, the biographer too close to her subject, but nevertheless probably remains the best and most comprehensive treatment of Franklin’s work. (Review here)

This book is more a quartet of essays rather than one integrated study. …I admire Brenda Niall as a biographer. She is deft and efficient, and attuned to the nuances of relationships. She paints a broad canvas for her subjects, but also hones in on details that give definition to her subjects, helping you understand why this particular person was distinctive.That said, I was somewhat startled by the abrupt ending of this volume. In fact, I felt a little short-changed by both the introduction and the absence of a conclusion. While I know that her focus is on her four subjects, I found myself wishing that Brenda Niall herself had come back on stage to draw out further the contrasts and commonalities in these four lives. (Review here)

Another recent release is Ashley Kalagian Blunt’s How to be Australian (2020). Cass Moriarty describes it as: 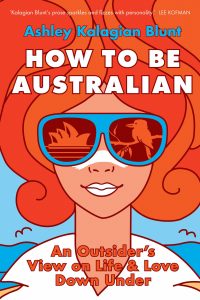 a memoir by Ashley Kalagian Blunt about her relocation to Australia from Canada and her experience of acclimatising (physically, socially and emotionally) to a new country. It is life-affirming and quirky; it is laugh-out-loud hilarious as Ashley and her husband Steve naively and blunderingly adapt to the eccentricities of Australian life. ….Sometimes memoirs can risk being twee, trite or overly sentimental, but this book is none of those things. Rather it is a frank self-examination of the author’s motivations, failings, failures, desires, hopes, dreams and uncertainties, written with a critical eye (towards both her home countries and herself), and underpinned by a thirst for knowledge that ensures the writing is fresh and new. While I’m sure this book will be familiar to migrants and visitors, it is also a fresh look at our country for those of us who were born here – its highs and lows, its achievements and embarrassments, its bland derogatory manner and its fulsome optimism. (Review here)

Finally, Jennifer Cameron-Smith, herself from Tasmania, read Ida West’s Pride Against Prejudice: Reminiscences of a Tasmanian Aborigine (1984). Ida West decided to write this book because “We have had Europeans writing about us for years.” Jennifer says: 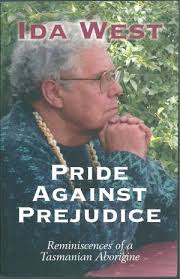 This book is a compilation of her ideas, memories, and thoughts. It is part personal history, part observation of what it was like to grow up as a Tasmanian Aborigine during the twentieth century …Aunty Ida West’s extended family were spread across Tasmania. As a traditional elder, her history and her memories are important. She grew up on Flinders Island, moved to mainland Tasmania after she married. What comes across in her reminiscences is a woman committed to fairness and justice, a woman prepared to take on challenges, a woman committed to problem solving. (Review here)