Historical Fiction Round Up: July 2020 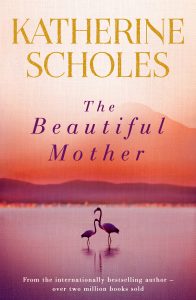 In times of uncertainty and isolation, we are all still turning to books for comfort. I am grateful to all of you who are still reading and reviewing and contributing to our challenge. Historical fiction has had a quiet but steady July with 29 reviews on 18 books written by 17 authors, indicating that several titles have enjoyed popularity.

The Dictionary of Lost Words by Pip Williams – 3 reviews

What to look out for:

Each Katherine Scholes novel I have read has offered a rich presentation of history, culture, landscape, characters and relationships. I always come away with a sense of having learnt something new in terms of a place in the world I know very little about previous to picking up one of Scholes’ novels. This was very much the case with The Beautiful Mother. Scholes’ latest release really pulled at the heartstrings. Scholes does an excellent job as usual of setting the scene, we are very easily lifted to the majestic beauty of the East African landscape. From the research base itself where we spend the bulk of the novel, through to the rocky mountain plains, the spectacular volcanic area, the deep caves, to the stunning lake inhabited by the awe inspiring local flamingo population, The Beautiful Mother presents the reader with a true visual feast. I have always longed to make a trip to Africa and Tanzania is definitely on my list of must see locales, thanks in part to this stunning novel. The descriptions Scholes offers of the flora, fauna and landscape is second to none.

Stuart has conjured the atmosphere of ‘gold fever’ well – the way the prospect of instant unbelievable wealth drew people from all backgrounds to try their luck at mining. Crime flourished, and if the risk of mining accidents was not enough, there was also the threat posed by bushrangers who roamed the trails between the goldfields and Melbourne or other bigger towns. The author does not flinch from portraying the grim reality of life for those who don’t strike it lucky: the prostitutes, sly grog dealers and children from poor families for example. Eliza is a sympathetic character whose circumstances are less than ideal but who nonetheless shows courage and compassion throughout. The Goldminer’s Sister is a satisfying novel with intrigue, action and a dash of romance set amidst a compelling and dramatic chapter of Australian history.

Pip Williams’s novel, The Dictionary of Lost Words, explores the development of the Oxford English Dictionary through the lens of gender, historical events, and social structure. Williams uses real and imaginary characters to tell the story, which spans the women’s suffrage movement and the beginning of the Great War. The story begins with Esme, a curious and good-natured child who spends her days at the ‘Scriptorium’, a garden shed in Oxford where her father and a team of lexicographers are gathering words for the first edition of the Dictionary. From a hiding place beneath the table, Esme collects words that are misplaced or discarded by the male lexicographers. These words fill gaps in Esme’s life, and help make sense of her world (her mother is dead and she is cared for by her father and a servant, Lizzie. Family friend, Ditte, oversees her education). The story follows Esme’s life and the development of her own dictionary – The Dictionary of Lost Words. I won’t say anything more about the plot for fear of spoiling the twists and turns in Esme’s life.

The Yield by Tara June Winch reviewed by Jonathan Shaw

Contrary to what you might expect, Albert Gondawindi’s dictionary chapters are where the book really takes hold. It’s much more than a list of words and meanings. Through it, Albert (and Tara June) sets out to communicate his cultural perspective on many things, to tell parts of his personal story, and parts of the history of his place. In among the definitions, he tells the terrible story behind the disappearance of August’s much-loved sister, and he tells dark secrets of his own life. He shines through as a brilliant character, and his prose is clear and strong – with none of the awkwardness of Greenleaf’s second-language English (Greenleaf/Grünblatt hailed from what was then Prussia), or the occasional strained lyricism of August’s narrator. He has the novel’s first and last words.

The Inland Sea by Madeleine Watts reviewed by Cass Moriarty

The Inland Sea, the debut novel by Madeleine Watts, is not at all what I expected. From the blurb, I was prepared for an historical story about explorer John Oxley travailing the wilderness of central Australia in the 19th century, searching for water and the myth of the inland sea, but rather than this being the central tenet of the story, it is only a touchstone for the main narrative which is set in the present day and concerns Oxley’s great-great-great-granddaughter and her search for meaning in a 20-something coming of age story. While Watts does refer back periodically to the historical aspect, it is a way of saying something profound about humanity’s search for that which eludes us, and our frequent optimism that there is something ‘out there’ if only we could find it.

Manning is quite the master at combined narrative and multiple timeline based stories. In the case of The Lost Jewels, this narrative traverses the present day, to 1912 and back to the 1600s. It is clearly an ambitious feat, but Manning pulls it off with precision and historical energy. I really love the 1912 time period and Kirsty Manning did complete justice to this turning point in history. I was utterly enthralled by the Cheapside haul discovery, what a treasure hunt with a difference! As The Lost Jewels is inspired by true events, it seemed to give this story another fabulous layer that pulled me in further to the novel. Manning is an artful, comprehensive and dedicated specialist to the historical fiction field. The further reading section based at the close of the book gives the reader a very good indication of the amount and type of research that was conducted by the author to inform her latest novel. Everything from walking tours, museum visits, books, food references and video footage has been utilised in forming The Lost Jewels. Manning’s novel is believable, credible, authentic and well informed. It is also very rousing, encouraging the reader to take on an unknown snippet of history and complete their own little investigations.

A Treacherous Country by K.M. Kruimink reviewed by Jennifer Cameron-smith

The descriptions in this novel are so vivid: I can picture the whale hunt (even if I don’t want to); I can see the poor horse Gabriel bought and which is subsequently stolen from him; I can feel his discomfort in his dirty, wet clothes. Gabriel has several different challenges to meet, before a somewhat surprising ending. Surprising, but strangely satisfying. If you enjoy nineteenth century historical fiction set in Van Diemen’s Land (Tasmania since 1856) you may enjoy this as much as I did.

Finding Eadie by Caroline Beecham reviewed by Shelleyrae @ Book’d Out

Finding Eadie is largely the story of Alice’s search for her daughter among the city’s unscrupulous baby farmers who sell unwanted infants and toddlers with virtual impunity. Beecham shares the darker side of the trade, which flourished particularly during wartime until the Adoption of Children’ Act was passed in late 1943, though I would have liked for the author to explore this intriguing subject in greater depth. Finding Eadie is the sort of light historical fiction, with likeable characters and a pleasing blend of drama and romance, sure to have broad appeal.