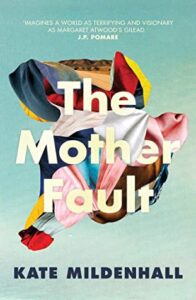 We are halfway through spring now, and heading towards the end of the calendar year, so the awards season is slowing down. However, they haven’t stopped, as you’ll see at the end of this post.

Our October count of 37 reviews, is down a little on both last October (43) and last month (42), but we are still moving forward, which is good! Here are the highlights:

Two classics were reviewed in October, which is two more than last month. Woo hoo! A big thanks to Bill (The Australian Legend) and Brona (Brona’s Books) for holding up the side.

Bill reviewed Katharine Susannah Prichard’s The pioneers (1915), which is about white pioneers in the Gippsland area of Victoria around the 1840s. He discusses the book in terms of his theories regarding independent Australian women writers, and what they wrote about, but argues that this book owes more to Rolf Boldrewood’s Robbery under arms than Miles Franklin’s influence to which Prichard owns. However, he says, the book still has “an admirable dash of Independent Woman thrown in, and some lovely descriptive prose”, and concludes that “it’s a good story, well told”. I concur!

Brona reviewed Miles Franklin’s Gentleman at Gyang Gyang (1956), which was originally published under her pseudonym, Brent of Bin Bin. Brona writes that she “didn’t know what to expect from Gentlemen at Gyang Gyang, so I was rather surprised to realise I was reading an Australian rural romance, set in the beautiful Snowy Mountains region of Monaro”. She discusses the book’s plot and themes, and some of its weaker aspects, but says that she enjoyed it more than she expected and would read more Brent of Bin Bin books.

When devising the genres for this challenge, we deliberately kept them very broad to avoid becoming too embroiled in definition discussions, though you can never completely escape them. Speculative fiction is one of the most broad of our genres including, as it does, science fiction, fantasy, dystopian fiction and all sorts of sub-genres and cross-overs with other genres. This genre, perhaps more than any other, lends itself to what we call “genre-benders”, and it is often, though not always, the genre-benders that find their way into this “literary” area of the challenge. This month some 8 reviews were for Speculative fiction, with 6 of these also tagged genre-benders.

These six were for three books, Donna Mazza’s Fauna (2), Kathleen Jennings Flyaway (1) and Kate Mildenhall’s The mother fault (3). Mazza’s Fauna joins several books published in Australia in the last year or so that explore some sort of relationship between science, future technologies and animals. Fauna looks at DNA technology being used to reverse the extinction of creatures like the mammoth and the Tasmanian Tiger, and explores how far such technology might go. Dylan Dartnell reviewed it for Underground Writers saying that as well as exploring “the delicacies of motherhood”, it presents “a scientific phenomenon that feels eerily near” making the “work feel anything but another fictional tale”. Jackie (GoodReads) also focused on the main theme of motherhood, but frames it another way, saying:

Fauna is another book about controlling women’s reproductive capacities, in the same vein as Margaret Atwood’s seminal text: The Handmaid’s Tale, thought not quite as compelling.

Marianne (Cloggie Downunder), Theresa (Theresa Smith Writes) and Veronica Strachan (GoodReads) all reviewed Mildenhall’s second novel The mother fault, which is about a man, Ben, mysteriously going missing even though he is “chipped”, and his wife and children being controlled or threatened in various ways. Like Fauna, this is about motherhood, but it is also about “a planet in crisis”. Theresa calls it a “pacey dystopian thriller” and “a significant work of eco-literature”. Veronica also appreciated its wider message, and Marianne says its near future setting

is highly plausible and the subject matter is extremely topical: the technology aspect, the influence of multi-nationals, and the government attitude to refugees will all feel familiar.

The third speculative genre-bender reviewed, Kathleen Jennings’ Flyaway, is something rather different with at least a foot, it seems, in the fantasy side of the genre. It’s a debut novel that reads, says Cass Moriarty, like “a fairy tale or a fable, a myth or a legend”. It is set in “outback Queensland, where country folk believe in superstitions and the power of the unknown”. She found it a mesmerising read saying that she’s not sure she fully understood it, but, she says:

It is such an odd book. And yet that oddness makes it unique. Read it for the language, for the voice, for the evocative description and for the magical realism.

And, I’d add, buy it for that gorgeous cover!

The winner of this new prize worth $50,000 is Mirandi Riwoe’s Stone Sky Gold Mountain, and we have a review for it this month! It’s about two Chinese siblings, Ying and Lai Yue, who travel to Far North Queensland to seek their fortune on the gold fields. Angharad (Tinted Edges) loved the book, detailing all the reasons why, including the characterisation and the  way the novel explores issues like racism and mental health. She concludes that it is “a rich, touching novel [that makes a] critical and necessary contribution to Australian historical fiction”. It’s certainly on my radar, because, like Angharad, I greatly liked Riwoe’s debut novel, The fish girl.

These awards have multiple categories but I’m including the most relevant ones here, though not all non-fiction and Australian history technically meet the “literary and classic” criteria.

All of these have been reviewed for the challenge, but this month there were two reviews for Tara June Winch’s The yield. Veronica Strachan (GoodReads) wrote of protagonist August that “My heart ached for the gradual unfolding of her grief, her repressed memories, and her uncertain future under the machinations of big mining”, while Angharad (Tinted Edges) also appreciated the novel, commenting that it’s a “brilliantly crafted novel that combines three narrative techniques to create a compelling and multifaceted story”. She discusses each of these narrative techniques, in terms of how they contribute to the “truth-telling” that underpins the book.

Three of these have been reviewed for the challenge, but we would love to see one for Sea people.

Australian history (4 of 5 by women)

We are not wonderful here at reviewing Australian history – with a few exceptions – so I’m not surprised to find that of these only Judith Brett’s book has been reviewed for the challenge, though a few other books by Lake have also been.

There were also shortlists for Poetry, and Children’s and Young Adult Literature