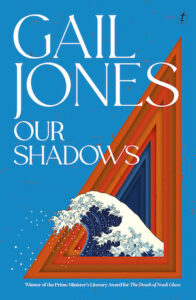 It’s annual Challenge wrap-up time, the time when we see how our reading and reviewing has fallen out over the year. The Challenge is now nine years old, and our database contains reviews for around 6,900 books, an increase of about 12% on our total to the end of 2019. You can see them all at Books Reviewed for AWW Challenge link. This is an increasingly impressive resource, one that has only been achieved through the hard work of all of you who have contributed reviews to our database, and of our AWW Challenge team volunteers who keep it all running smoothly. A wonderful cooperative effort for which I thank everyone.

Now, my regular clarification: this Literary and Classics area is slippery. There are no universally accepted definitions for either, so we primarily rely on reviewers’ categorisation. I do, however, tweak this, mostly where there are inconsistencies between reviewers. Given this, I estimate that around 545 reviews were posted in this category in 2020, representing a decrease of around 8% on last year. We had a similar decrease the previous year. By any measure, though, a number over 500, is still healthy – and, anyhow, the count really is approximate given the slipperiness of the definitions!

As always, I’ll start with a quick December report before we do the yearly wrap-up, but I’ll also slot in a few December 2020 reviews into the annual wrap-up sections where I can. Some 42 reviews were posted during the month, which is significantly more than for the last two Decembers, both of which clocked in at around 33 reviews. Way to go – clearly we started picking up our reviewing mo-jo at the end of the year!

Also, the shortlists for the 2021 Victorian Premier’s Literary Awards were announced in December, and three of the four are by women writers: Gail Jones’ Our shadows; Laura Jean McKay’s The animals in that country; and Vivian Pham’s The coconut children. The Indie Awards longlist has also been announced, but I’ll leave till we have the shortlist … Meanwhile you can check out the longlist here.

As ever, Jones’ work is subtle, her writing polished and poetic, and she is an expert at nuance, expertly capturing moods, expressions and the interconnectedness between people that makes life so rich and varied. Her descriptions of people, places and time periods are evocative and her characters all-too-human, flawed but believable.

Now, on to wrapping up the year…

Australian women fared very well in the year’s literary awards, including winning the Miles Franklin Award. However, I was disappointed to see that two biennial awards specifically targeting women writers – the Dobbie and Kibble Awards – were not offered because, apparently, the Trustees need to review them.

Unlike recent years, where we had an even spread of winners, one book stood out among the rest this year, as you will see in the list below of Australian women who won significant literary awards:

All have been reviewed for the challenge, but here I’ll share a December-posted review for The yield. Nancy Elin reviewed it, and noted one of the strong points as being the writing:

Each narrative has a distinct writing style…remarkable!
The ways that the author uses words, sentence structure
…and sentence arrangement all work together
to establish mood, images.

Most reviewed Literary books in 2020

Like last year, the top positions were not shared, but the numbers, nonetheless, are close which speaks to the strength of women’s writing and publishing. The most reviewed books were:

However, unlike recent years, the most reviewed Literary book also did well in the awards. Of course, some of these top books were only published this year so will be eligible for the 2021 awards. Still, you would think literary award winners would be popular reads in the year they win, but this is not what usually happens! It seems our readers are primarily seeking the next new thing!

Anyhow, a couple of these were reviewed in December, but let’s look at one of our 2020 top ten reviewers, Kali Napier’s review of Kate Mildenhall’s The mother fault. In her short review she said she felt Mildenhall had achieved her goal of highlighting

Australia’s treatment of asylum seekers, who find themselves in precarious, knife-edge, vulnerable situations, because they just had no other choice but to survive.

Most reviewed Literary authors in 2020

There was, again, a complete change in our top reviewed authors from last year’s, but they track very closely with the most reviewed book figures:

Several authors received 9 and 8 reviews, mostly for 1 book, but it’s worth noting that while Toni Jordan has dropped a little in the ranking, she remains popular having received 7 reviews across 4 books (versus 9 across 4 last year). It’s special seeing an author’s backlist being consistently appreciated as hers are.

Once again, we have Bill (The Australian Legend), himself, and his AWW Gen 3 Week contributors to thank for a good percentage of this year’s classics. I would also like to send a big thanks to French blogger Emma (Book Around the Corner) and Netherlands-based blogger Nancy Elin for their reviewing of Aussie classics, posting 5 and 2 reviews respectively. It comes as no surprise, however, that our top Classics reviewer was again Bill (The Australian Legend) who posted 12 Classics reviews, followed by Emma with 5. A big thanks to all these reviewers – and to the rest of us Classics readers too of course!

Emma posted her fifth Classics review in December, and it was for Elizabeth Harrower’s 1960 novel The Catherine wheel. She captures the power of Harrower’s writing perfectly, with:

Harrower’s tour de force lies in the minutia of her description. Christian’s manipulation is gradual, and described with such an accuracy that made me want to put the book down and stop reading. To breathe. …

Last year, Thea Astley shared the second most-read Classics author spot with two other writers, but this year, due to Lisa’s (ANZLitLovers) Thea Astley Week, she climbed to number one, with 5 reviews. Second spot was held by Ada Cambridge with 3 reviews.

PS: Purists may not like this, but I use a 25-year-old rule-of-thumb for classics rather than any sense of “importance”, partly because we want to highlight and encourage the reading of older books by Australian women.

Before I list “my” top reviewers please note that the figures only count their reviews for Classics and Literary. All have contributed other reviews too. This year’s top reviewers includes three from last year’s top 5 – Cass, Jennifer and Ashleigh – but the truth is that in recent years, our top ten reviewers have been pretty consistent, with some jostling for top five each year.

A big thanks to these five, and to everyone who contributed even one review this year. The real point is not how many reviews you add, but that you take part. Every review is valuable to us, because every one helps us achieve our goal of recognising and promoting the diversity of Australian women’s writing.

So 2020 is over and, given the pandemic ‘n all, I think the Challenge did very well. We are deeply grateful to all of you who contributed even one review because it was not an easy year for concentrating. Many of us had time to read, but putting fingers to keyboard to then write a review required commitment, and so many of you did just that. Thanks so much.

And now, as we move into 2021, the TENTH year of our Challenge, I hope you will all join in again this year (or for the first time if you haven’t before). It’s easy, it’s fun and it’s oh so valued by our Aussie women writers. Just sign on here.