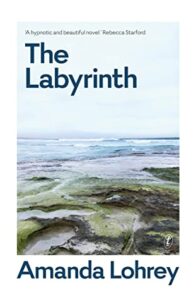 A year ago, how innocent we were! There were rumblings of the coronavirus and, here in Australia in early March, limits were starting to be applied to our lives but could we have imagined where we’d be a year later? I don’t think so, and it’s probably just as well! Now we are a year in, I’d love to know how the last 12 months affected your reading. Did you read more, or less? Did you read the same sort of books or did you look for or need something different? How did it affect your access to reading matter? Future researchers would love to know how this year affected even a “little” group like us!

Anyhow, on with February’s report, and, as usual, awards announcements made over the last month are at the end.

Actually, February wasn’t particularly flashy, but, we are still here with a bunch of reviews. Thirty-six reviews were posted for Classics and Literary books in January, three fewer than January, and several fewer than last February. Are we all running out of puff, I wonder? Anyhow, the usual stats …

Classics featured well again this month, with five posted to the Challenge. This was partly due to an overflow from Bill’s (The Australian Legend) AWW Gen 3 Week, by which I mean that not all of us finished our books (or posting our reviews) in time! The books (with links on the titles taking you to the reviews) range from a very early Australian classic, Catherine Helen Spence’s 1854 novel, Clara Morison, to one that just squeezes into my loose definition of classic, Helen Garner’s 1992 “novel” Cosmo cosmolino, both of which were reviewed by Bill, in fact. In between, are Agnes Gwynne’s 1921 novel, The Mistress of Windfells (reviewed by Tessa at Thoughts from an Idle Hour), Elizabeth Harrower’s 1958 The long prospect (reviewed by me), and Dorothy Hewett’s 1959 Bobbin up (reviewed by Kim at Reading Matters).

Bill starts his review of Clara Morison with:

Every time I read an excellent book off my own shelves – and it happens surprisingly often – I wonder what took me so long to get to it. I guess, despite Lisa/ANZLL’s glowing review of Spence’s Mr Hogarth’s Will, I expected Clara Morison to be stodgy. Dear reader, I was wrong.

He then goes on to tell us that the novel tells the story of the destitute Scottish-born Clara sent out to South Australia with a letter of recommendation, hoping to find work. The novel is also a mining novel, and, Bill says, it paints vivid pictures of life in Adelaide, Melbourne on the goldfields of the time. Bill was less keen on Cosmo cosmolino, finding it a bit mystifying and a departure from the Helen Garner that he loves. If you interested please check out his review.  Meanwhile, I’ll move on the other three classics.

Gwynne’s The mistress of Windfells is new to the challenge – both the author and the book. Reviewer Tessa subtitles her post, “a novel of our time?” which appeals to me because while there can be intrinsic interest in reading novels of the past, the best thing, really, is how they might throw and light on the present by showing us where we’ve come from perhaps, or by reminding us that humans don’t change much, or, even, by encouraging us to thank again about whatever the issue is that the novel explores. The novel is set on a sheep station in Victoria’s Western Districts. Tessa’s review explains the content of the novel – do read it – but then she teases out the trade union and class divide aspect. Her conclusion is relevant to my point about reading older fictional and answers why she thinks this novel is wroth reading:

Yes, it includes a healthy dose of early 20th century romantic love (with all its assumptions about the place of women in marriage and society), but it shines a light on a period of Australian history when unions had begun to agitate for better wages and conditions for casual workers – an issue that is still pertinent today.

I’ve probably spent enough time on Classics, so will just briefly mention the two 1950s novels. Bobbin up is, writes Kim, “more a collection of short stories focused on a bunch of diverse characters, all female, who work together at a woollen mill in Sydney during the 1950s” than a novel. She teases out the themes which include, not surprisingly from leftist Dorothy Hewett, an examination of the working class, and the precocity of their lives. It’s not a perfect book Kim says but offers “an impressive snapshot of another time and place, and the storytelling is conveyed in rich, descriptive language that often sings off the page”. Harrower’s The long prospect, by contrast, is set amongst the middle-class, and also reflects its author’s ongoing interest – this time in power and manipulation in personal relationships. I concluded that although the subject is depressing “the perfection of Harrower’s insight into human psychology combined with the delicious precision of her writing make it, yes, a joy to read”. I stand by that!

I am loving short stories more and more (Cass Moriarty)

It’s been a while since I focused on short stories, so with this month’s good showing, I figured their turn had come again! However, like many forms and genres here, definitions are blurry, and books categorised as Short Stories can include books like Growing up disabled in Australia which is more a collection of short memoir pieces than the traditional fictional short story. Also, short stories can include collections (by one author) and anthologies (containing works, which can include other forms like poetry and non-fiction, by multiple authors). All types are represented this month.

Probably the most significant of the collections is multi-award-winning Australian-American novelist Shirley Hazzard’s Collected stories which was published posthumously and contains 28 stories representing the breadth of Hazzard’s career. Nadia King’s GoodReads review is short and brief, but positive:

This collection is filled with stories about what it’s like to work in a huge, powerful and faceless bureaucracy which is a shame because her stories about human relationships are the ones that haunted me.

At the other end of the spectrum is a newly published collection of short stories, Margaret Hickey’s Rural dreams. Reviewer Cass Moriarty liked the collection, saying

If you herald from a country town or have ever lived or worked in a rural area, this collection will appeal to you. It will touch something deep inside. Hickey has the ability to recreate those small-town feelings with a few sentences, a quickly-painted portrait, some lines of dialogue that resonate with an authentic ring.

After Australia, edited by Michael Mohammed Ahmad, is an example of an anthology. Like many anthologies, it includes works by a variety of authors, including women, whose inclusion qualifies the book for us! In this anthology, reviewer Cass Moriarty writes,

12 diverse writers of both Indigenous and POC backgrounds, imagine Australia at some time in the future, ‘after empire, after colony, after white supremacy…’. The result is a richly imagined collection that is sometimes humorous, sometimes poignant, and often terrifying.

This sounds an inspired collection featuring some of our more provocative writers, like Claire G. Coleman, Ambelin Kwaymullina, Zoya Patel and Karen Wyld.

Two Awards announcements were made over the last month, and there were a few books that popped up in both: Laura Jean McKay’s The animals in that country; Nardi Simpson’s Song of the crocodile; and Jessie Tu’s A lonely girl is a dangerous thing.

The ABIA Awards aim “to celebrate the achievements of authors and publishers in bringing Australian books to readers”. The longlists are selected by an academy of more than 200 industry professionals, with the shortlists and winners being chosen by judging panels. The three longlists of most interest here are:

Literary Fiction Book of the Year (6 of 8 by women)

All have been reviewed for the Challenge, except Amelia Mellor, Marlee Silva, and Jess Scully.

Interestingly, four of the twelve have not yet been posted to the callenge: Louise Milligan, Cath Moore, Intan aParamaditha and Ellena Savage.

You know what I’m going to ask? Yep, for reviews of the books we don’t yet have in the Challenge database. Anyone interested?