Classics and Literary Round-up: May 2021 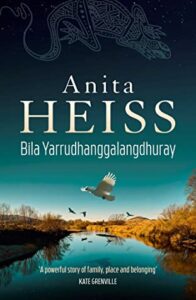 May 2021 is quite a different month to May last year. The pandemic had started but we had no idea how long it would last. We still don’t know, but we know more about it now, and have some strategies for managing it. That’s a good thing. Bookselling stats show that book sales increased last year in Australia. That doesn’t seem to have converted to significantly more reviews here. Is this because those bought books weren’t read? Or just that those buying more books were not our keen readers who just kept on doing what they always do? Anyhow, although numbers may not be up, it’s good to see reviews keeping on coming in.

Three classics this month, and they are all special, to my mind, anyhow. Two come from the twentieth century, Jessica Anderson’s Stories from the warm zone and Sydney stories (1987) and Thea Astley’s Reach tin river (1990), and one from the 19th century, Henry Handel Richardson’s The getting of wisdom (1910).

Let’s start with the last one. Tessa (Thoughts from an Idle Hour) wrote an extended post comparing this novel with Rebecca Starford’s memoir, Bad behaviour, published 100 years later. She looks at the similarities and differences between the two girls’ experiences, finding more of the former than the latter. She concludes that “with hindsight Laura and Rebecca grasp hard won truths from their boarding school experiences”. It’s an interesting approach to reviewing. Do check it out.

One of our wonderful non-Australian challenge supporters is Netherlands-based Nancy. She reviewed the two more recent classics. She loved Jessica Anderson’s Stories from the warm zone and Sydney stories, calling it a gem. It comprises 8 short stories, the first five coming from Brisbane (“the warm zone”) and the other three from Sydney (of course). She writes that “This is the first short story collection I’ve read with a perfect 100% score….all 8 stories are worth your reading time”. If you’ve never read Jessica Anderson, I suggest you take Nancy’s word for it, because she’s one of our great writers and should be better known.

Another treasured Australian writer, but better-known, is Thea Astley. Nancy reviewed her Reaching Tin River. Unfortunately, although Nancy loves Astley, she didn’t love this novel. Overall, she writes, “Ms Astley’s first novels were dazzling….filled with autobiographical tidbits and a dense almost poetic style” but she felt that Astley may have felt too pressured to keep producing books and didn’t manage to pull it off with this one. While GoodReads reviewers are mixed about it, this novel about a young woman who becomes obsessed with a dead man did win the Christina Award for Fiction in 1990.

You don’t have to be a debut author to be a debut novelist. Irma Gold, for example, had published a book of short stories as well as children’s books before her debut novel, The breaking, was released to the world this year. The breaking is an example of eco-literature. However, as Ebony (Underground Writers) makes clear, Gold does not let its politics spoil her narrative, with the end result being an entertaining book that asks questions rather providing answers which is usually the better way to go, don’t you think? Ebony writes:

While The Breaking highlights several significant problems and difficulties activists face in initiating change (such as educating families in more ethical practices to treat elephants), I found these conversations to be more of a sub-plot to the romance plotline.

Laura Jean McKay, whose debut novel The animals in that country won this year’s Victorian Premier’s Literary Award, is another example, having previously published a book of short stories. The animals in that country has been very well-reviewed overall, but this month’s reviewer for the challenge, Janine (Resident Judge of Port Phillip) was not enamoured, finding the novel’s “basic premise implausible (although interesting) and the writing rather flat.” She does qualify this, however, by saying that it’s “not my type of book, I’m afraid.” Some books, particularly those that are more “out there” in conception – like this one about talking animals – do divide readers, which is not a bad thing for literally culture.

Vivian Pham, on the other hand, is a very young writer whose Stella-prize listed novel, The coconut children, is her first book. GoodReads reviewer, Liz Hobson, loved it. Set in Sydney’s Vietnamese community, it is clearly an example of writing what you know – as first novels often are. Our reviewer wrote:

I was entirely transfixed by both main characters, Vince and Sony, and spellbound by their transformation through the book. The book deals with some challenging subject matter, notably the Vietnamese boat people and how they suffered before and during their journey to Australia and how many of them lost themselves once arriving in Australia.

Liz Hobson also reviewed Ewa Ramsey, an emerging writer who has had individual short stories published but no book of her own before her debut novel, The morbids, came out late last year. Hobson’s review is mixed as she found the concept – a self-help group focusing on death – depressing, but Ramsey, she says, “has an amazing ability with language ” and she loved the ending. In the end she rated the book 4/5.

Two Awards announced their longlists over the last month. There were some interesting overlaps, with Amanda Lohrey’s Labyrinth, Laura Jean McKay’s The animals in that country, and Nardi Simpson’s The song of the crocodile featuring in both..

All of the above have been reviewed for the challenge, except for Ali Whitelock’s curiously titled The lactic acid in your calves of despair. You know why I’m telling you this, so now, it’s over to you!