History Memoir and Biography Round Up: May 2021 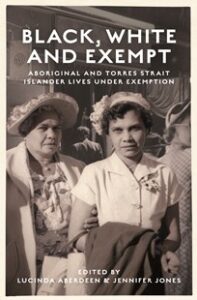 How have we arrived almost at the middle of the year already? The month of May brought us twelve reviews of ten books. Among those that have been featured recently, Jennifer Cameron-Smith reviewed The Husband Poisoner by Tanya Bretherton, Tracey at Carpe Librum read Grave Tales I by Helen Goltz and Chris Adams and Krissy Kneen’s new book The Three Burials of Lottie Kneen was reviewed by Cass Moriarty.

Black, White and Exempt (2021) is a collection of essays related to the exemption legislation which was introduced in Queensland (1897), Western Australia (1905), Northern Territory (1936), South Australia (1939) and New South Wales (1943). Under this legislation, individual Aboriginal people could apply for a certificate that attested that they were exempt from the ‘Protection Acts’ that governed the lives of other indigenous people in their state, on the grounds that they were more ‘assimilated’ than other Aboriginal people. Both Jennifer Cameron-Smith and Janine Rizzetti were stunned and horrified by what they learned in this book.

What was ‘exemption’ and what did it mean? Before I read this book, I really did not have a clear idea of what ‘exemption’ meant. …These personal and often painful histories uncovered in archives, family stories and lived experiences reveal new perspectives on exemption. …I opened the book and started reading. I kept reading, through feelings of outrage and sadness at the processes and consequences of a system designed to have people deny their indigeneity, lose connection to their family and community on the basis that ‘exemption’ was ‘good’. …I have no polite, well-thought words to describe how this makes me feel. All I can suggest is that you read this book for yourself.  (Review here)

The exemption legislation…is almost breathtaking in its condescension and its nonchalance to its implications….I was appalled, reading these stories, one after the other. … the repetition of these injustices, in one family and then another and another, highlights that this was a structural, government-sanctioned process. It should be better known, and it needs to be part of the Truth Telling that must, eventually, come. (Review here)

Two of the memoirs reviewed during this month were part of a series of memoirs, written by the same author. Another review compared two memoirs set in a boarding school, separated by a hundred years.

Mandy Sayers’ Velocity was published in 2005, and it won the South Australian Premiers Award for Non-Fiction and the Age Book of the Year (Non-Fiction) in 2006. It is one of three memoirs that she has written. Jennifer 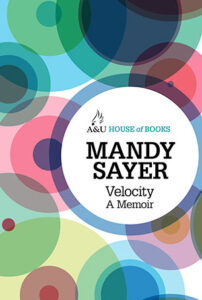 This is a difficult memoir to read, not because of the writing, which is excellent, but because of the content. Gerry and Betty, Mandy’s parents, lived a life largely unfettered by usual societal restraints. Gerry pursued his dream as a jazz drummer, while Betty retreated into alcohol when it became clear that her dreams would not be realised. The youngest of three surviving children born to Gerry and Betty, Mandy learned how to accept, observe, and survive. …I found this a moving account, filled with both joy and pain, a struggle against daunting challenges, and will seek out Ms Sayer’s other memoirs: ‘Dreamtime Alice’ and ‘The Poet’s Wife’. (Review here) 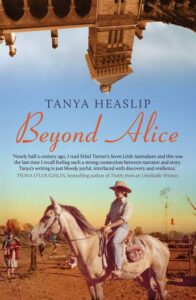 Beyond Alice is the second I’ve read by Aussie author Tanya Heaslip and I thoroughly enjoyed it. Although nonfiction, it reads as a fiction story would, flowing well, with the horrors of boarding school standing out. I can’t believe – well I suppose I can (it was 1975 after all) – how horrible the people in charge of the boarders were. …Beyond Alice, along with Alice to Prague (her first) and An Alice Girl (which I loved) show how Tanya’s love of reading and writing as a youngster, led the way with her books. Highly recommended. (Review here)

Boarding schools seem to be a theme during May, with Tessa Wooldridge’s insightful post from her Thoughts from an Idle Hour blog, where she compares Henry Handel Richardson’s The Getting of Wisdom and Rebecca 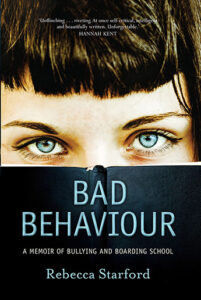 Starford’s Bad Behaviour (2015). The resonances between the two books struck her immediately:

When I read Rebecca Starford’s Bad Behaviour, I immediately heard echoes of Henry Handel Richardson’s The Getting of Wisdom. The two books were published over 100 years apart – Richardson’s novel in 1910 and Starford’s memoir in 2015 – but despite their differing time frames and genres, the books share common ground. Both focus on Australian secondary school-aged girls who have been sent away from home to further their education; both squeeze those girls into austere, regimented, potentially hostile, living arrangements where ‘mean girls’ rule the roost. (Review here)

It is interesting that all three biographies reviewed during May spring from the author’s interest in members of their family, either through lineage or marriage. These investigations into family history draw on a wide range of secondary sources in filling in the context and meanings of the lives of family members who may, or may not, have been personally known to the writer.

Carmen Callil delves way back into her family tree in writing Oh Happy Day: Those Times and These Times (2020). In her introduction, Callil explains that she had a present day purpose in writing the stories of Sary, 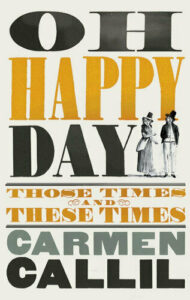 George and Mary Ann, natives of England’s labouring poor, and the paupers, asylum seekers and refugees of their day. How could generation succeed generation, each repeating their grim experiences? In her review, Janine Rizzetti wrote:

Sary, George and Mary Ann are strong characters, whose lives provide much to work with, and I think that she should have stayed with them alone. Her research into the Britain they left, and the Australia to which they came is detailed and rich, especially for people who are unknown to all but family, but I’m not sure that the book meets the expectations for present-day commentary that the title and her introduction suggest. (Review here)

Sue Smethurst’s The Freedom Circus (2020) has received several reviews this year, and somehow it slipped past me in writing these Round Ups – apologies! It is the story of Smethurst’s husband’s grandmother, Mindla Horowitz who, with her husband Michael, a circus performer for the famous Staniewski Brothers, escaped from Poland with their young son and embarked on a terrifying journey through the USSR and Middle East to Africa and ultimately to safety in Australia. 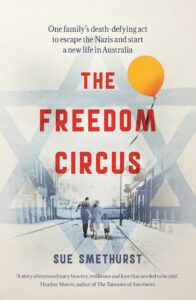 The author explains in her prologue how it took patience and gentle encouragement (and bright nail polish!) for her grandmother-in-law, Mindla Horowitz, to reveal the details of a life she believed was no more remarkable that those of her compatriots. …Smethurst easily evokes the era and setting with descriptions of folk cures, traditions strictly observed, the opulent Cyrk Staniewski circus pavilion. With her vibrant prose, the sights, sounds and smells of the circus are almost tangible, while the fear and sadness triggered by the bombardment of a beautiful city with its attendant destruction of landmarks and icons holding memories, are palpable. …While an account of such a life could be dry and tedious, Smethurst fills it with such rich detail that it is never dull or boring: it reads like a novel, and the reader cannot help but feel anxious for these people and their unenviable fate, and joy when things fall their way. (Review here)

What emerges from these interviews and research is the courageous story of how a circus performer, his wife and son managed to undertake a perilous journey through a number of dangerous countries in the heat of the war, to eventually reside permanently in Australia. How this family managed to survive and find safety truly begs belief….Sue Smethurst is a non-fiction based writer and I have come to trust her storytelling abilities thanks to three books I have read previously by Smethurst. Now a senior writer with the Australian Women’s Weekly, Sue Smethurst draws on the experiences of her husband’s family to form the basis of her latest release. The Freedom Circus is an honest, emotional, surprising and respectful set piece. (Review here)

Grace Wholley reviewed the book too for the Underground Writers blog:

At times, it is easy to forget that The Freedom Circus is the tale of an actual person as opposed to a fictional character. Smethurst is so thorough in her explanation of people and events that it would not be difficult to believe that this story is the fictional product of a wonderful and experienced writer; however, it is not. Smethurst does an exceptional job in seamlessly blending the information given to her firsthand by Mindla and that acquired via an extensive historical deep dive. It is well-executed, so much so that it could be considered art. (Review here)

Debesa is a rich family history set in the West Kimberley region of Western Australia…. Her father, Francisco (Frank) Rodriguez, arrived in Fremantle on 17 August 1937 as a Benedictine novitiate. He met Katie Fraser, formerly a novitiate at a convent for ‘black’ women, in 1946 and they married later that year. Not everyone supported their marriage. In Australia in the 1940s interracial marriages were opposed by many. …This is an uplifting story of love, of cultural difference, of devotion and hard work set against a background of social challenge and change…. An inspirational story drawn from Frank Rodriguez’s diaries, research and family 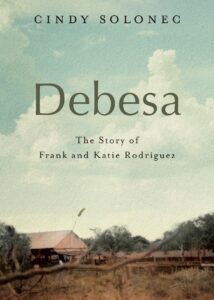 I was pleasantly surprised by Debesa. I don’t generally read biographies however I found Cindy Solonec’s writing engaging and the story of her ancestors interesting. I know nothing of the Kimberley region and reading about the history of the area was captivating …This is a wonderful story about family, the importance of heritage and the connection to country.
The extensive Bibliography shows the amount of research that went into this heartfelt story. (Review here)

Thank you as always to our reviewers, whose wide reading always throws up such a wide range of books to add to our TBR piles.

About: I’m Janine Rizzetti and I blog at the immodestly named Resident Judge of Port Phillip where I indulge my love of reading, podcasts, history and seeing films and exhibitions just before they close. I am a historian, interested in Australian and colonial history. I’m officially retired but more occupied than I thought I would be with my local historical society, playing with grandchildren, learning Spanish and now playing ukulele!