History Memoir and Biography Round Up: June 2021 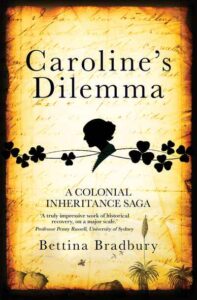 June was a quiet month for the History Memoir and Biography category, with eight reviews of seven books. Two of these books have been featured in Round Ups previously. Bill at The Australian Legend reviewed Jacqueline Kent’s Vida, a biography of Vida Goldstein ( see his review here), and Kate@BooksAreMyFavouriteandBest reviewed Jacinta Parsons’ memoir of living with Crohn’s Disease in Unseen (read her review here).  Mrs. B conducted an interview with Mimi Kwa, the author of the memoir The House of Kwa, which has not yet appeared amongst our reviews (read the interview here).

So on to the new books reviewed this month, and they are all new books, published in 2021, and all within either the history or memoir genre.

In Caroline’s Dilemma, historian Bettina Bradbury examines the case of Caroline Kearney, a young widow from the Wimmera who, after her husband’s death in 1865, found that his will placed unexpected and onerous

conditions on her future life. In her review, Janine at Resident Judge of Port Phillip writes:

Although she acknowledges the assistance she received from two great-great-grandchildren of Caroline and Edward, this is not your usual family-history search narrative, freighted with family identity and identification. That is not to say that Bradbury was not emotionally invested: her loyalties clearly lie with Caroline and other women whose financial rights were circumscribed by property and inheritance law until Married Women’s Property Acts were legislated across the British Empire. But she brings to this case study her historian’s eye, conscious of context and the norm, and alert to the anomalous and unusual….In this way, we roam across emigration history, pastoral history, 19th century legal principles, sectarianism, social history, women’s rights, paternalism and history of the family more generally. (Review here)

A book that straddles the History/Memoir divide is The Women’s Doc, written by Caroline De Costa who was the first woman to become a professor of obstetrics and gynecology in Australia, and is currently a professor at James Cook University in Cairns. The book consists of 73 short stories centred around changes in the world of medicine and childbirth, many of which were pioneered by De Costa herself over her 50-year career. In her review, Veronica@TheBurgeoningBookshelf writes: 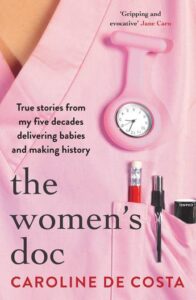 Caroline De Costa is a trailblazer in the area of women’s health and giving women more rights over their own body. She has had a colourful and outstanding life studying in Dublin at an early age, becoming an unmarried mother in the late 1960’s (a time when this was deeply frowned upon), running contraceptive pills over the border from England to Ireland, opening the first family planning clinic in Ireland and working in villages in PNG. Caroline De Costa has been an advocate for women worldwide. …The Women’s Doc was a book I could pick up whenever I had a few spare minutes reading two or three short stories at a time.The stories aren’t in chronological order, jumping back and forward in time, and I found this a bit off putting…Most of the birth stories are quite graphic, some even alarming. …The Women’s Doc is a no holds barred look at women’s health; the highs, the lows, the triumphs and the tragedies.

Ruhi immigrated to Australia from India with her parents as a young child. Now expecting her own daughter, she decides to unpack her own emotional baggage in her memoir Good Indian Daughter. In her review, Veronica@TheBurgeoningBookshelf writes: 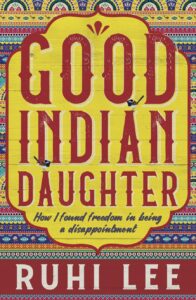 Ruhi Lee writes with candour and humour. Her memoir, written as she awaits the birth of her first child, is a journey into a life lived with an underlying guilt for not being the daughter her parents had envisaged. …Ruhi Lee is a strong voice for girls and women everywhere who are being subjugated and unheard. She speaks openly on bullying, body image problems, religion, misguided advice, depression, anxiety, racism and abuse. (Review here)

This is a well-written brutally honest account of reclaiming a life battered by the expectations of others. I think many readers from a variety of backgrounds will be able to relate to Ruhi’s journey. Yes, it is complicated by cultural issues but the underlying theme of ‘never feeling good enough’ is one many will understand. (Review here) 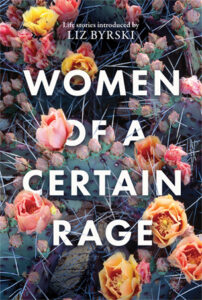 This timely collection of essays features musings on anger and everything associated with it, from the perspectives of a varied selection of Australian women. Authors, activists, politicians, teachers, and creatives, among others, have contributed to this outstanding commentary on rage and gender …I find it difficult to critique/review anthologies as there are so many contributors with different writing styles, but Liz Byrski has done an amazing job of editing and collating a well-rounded series of essays. …Women are beginning to speak up in larger numbers on more public platforms than ever before, following each other’s examples. It is empowering to read a book and feel seen and understood. (Review here)

Thanks, as always, to our reviewers who continue to bring books, both new and old, to our attention.