History Memoir and Biography Round Up: July 2021 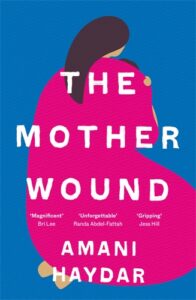 The month of July brought us ten reviews of nine books – not a particularly high number, given that so many of us are in lockdown again, sometimes with more time on our hands than we might wish. Perhaps history, memoir and biography are not quite what we need at the moment.

Four of these ten books were books that have featured in the Round Up previously. Sandra Hogan’s My Little Eye was reviewed by Ktbookbingo and Rebecca Wilson reviewed Kate Kelly: The True Story of Ned Kelly’s Little Sister (review here). Jonathan Shaw added his review of Anita Heiss’ edited collection Growing Up Aboriginal in Australia to the seven reviews already received, while Denise Newton reviewed Clare Wright’s  The Lost Rebels of Eureka which was published in 2014 and now has ten reviews on the Challenge (review here).

New to the Challenge

All three of the memoirs reviewed during July related to sexual abuse or domestic violence – a difficult topic to read about at any time, and perhaps particularly so during a lockdown.

We received two reviews of Amani Haydar’s memoir The Mother Wound (2021). In March 2015, while Amani Haydar was herself five months pregnant, her father killed her mother Salwa Haydar and injured his youngest daughter during his frenzied attack on the mother of his four children. The author brings her lawyer’s eye to the justice system and its failures in addressing and combating emotional abuse and coercive control. She also weighs up  familial and cultural context in writing of her family’s experiences of war in Lebanon where her grandmother was brutally killed in 2006, and her parents’ arranged marriage, with her mother thirteen years her father’s junior, and the wider family’s response to the murder.

Jackie McMillan writes in her review:

The Mother Wound is a poetic and moving account of the terrible impact of domestic and family violence homicide on surviving family members. …As she untangles the story of her father murdering her mother, Amani Hayder applies a seamless combination of lived expertise of violence and knowledge of the law to make an unusually self-reflective account. Hayder adds nuance and depth to concepts like intergenerational trauma and intersectionality. (Review here)

This is a difficult book to read, and I admire Ms Haydar’s courage in confronting so many issues to write it. There is despair here and grief. There is also hope, support, strength, and resilience. Ms Haydar invites us to look at the stereotypes of victims as well, reminding us that it is okay to be angry. (Review here) 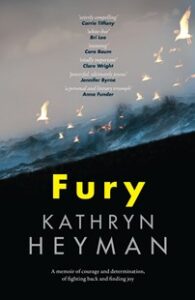 Two reviews were also received of Kathryn Heyman’s Fury (2021) a memoir of her experience of sexual violence and her decision to join a fishing trawler crew in the Gulf of Carpentaria as a way of working through her own response to this sexual violence and the place she wanted it to have in her life.  The book starts on the fishing trawler, then alternates back and forth between her earlier life, the rape and its aftermath, and her experience at sea.

Like many readers, while I’m starting to find the temporal jumps in contemporary novels annoying, in Fury they make perfect sense. …As Kathryn buries herself in the intensely physical work on a fishing trawler, her brain tries to place the sexual violence within the context of her life, working out where to file it amongst all the memories relating to her gender…For Heyman, nature is the healer, plus sharing it with a group of four imperfect but at least not sexually violent men. The author’s poetic prose about the things she sees while fishing in the Gulf of Carpentaria stops Fury from being a piece of tragedy porn. (Review here)

Janine Rizzetti sums up in her review:

It’s a tightly constructed, human, affirming memoir that took me to places where I had never been, but also took me back to places that are less comfortable to visit. ….This is such a well-written book, so carefully structured and so controlled. All memoirs are constructions, and the more skilled ones go beyond chronology, as this one does. Here is a writer who knows her craft. It is a reflection on class, femaleness, sexuality, the power of story and the narratives we tell ourselves. It has emotional rawness and fidelity, but it is also lyrical and evocative in its descriptions. (Review here) 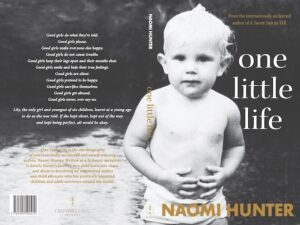 Children’s author’s Naomi Hunters fictionalized autobiography One Little Life stretches the genre-boundaries for this History Memoir and Biography Round Up. However, from Denise Newton’s review, it sounds as if fictionalization was the author’s way of dealing with graphic, very detailed sexual abuse. Denise writes:

I can completely understand her decision to come at the telling of her experiences as fiction. This book describes unspeakable horrors inflicted on a very small child from both family members and a neighbour. And it is detailed. Very detailed. There is no way that anyone with a brain could read this story and not feel visceral revulsion, heartbreak, and anger at what happened to her. Re-telling the events from a third-person narrator about a different little girl would be one way to cope with the remembering and telling of these events. …I would go so far as to suggest that anyone working in the arenas of policy, funding decisions or the justice system in relation to child sexual abuse, should absolutely read this book. It is an extremely uncomfortable read. (Review here)

Not all the books read this month were so grim and emotionally demanding. There were also two reviews of  biographies of notable lives, lived either as part of shaping social change, or in defiance of society’s expectations. 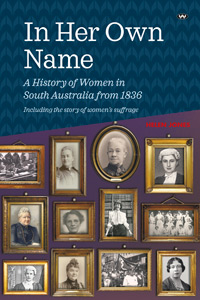 Helen Jones’ In Her Own Name: A history of women in South Australia from 1836 was first published in 1986. Its third and enlarged edition, released in 2020, analyses women’s changing status and role in a pioneering Australian state during its first 150 years.

This is a fascinating book, a political and legal history filled with personalities, issues, and events. Legal changes usually lag behind social changes, but it is interesting to follow the changes to both marriage and property acts.
…Ms Jones documents her history, showing how women were able to develop their lives, assuming roles and responsibilities once considered taboo. …While I would recommend this book to anyone interested in the history of women in South Australia more broadly, I was particularly interested in the period between 1836 and 1901. (Review here) 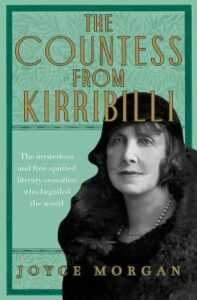 Finally, Janine Rizzetti reviewed The Countess from Kirribilli (2021) a biography of Australian-born author Elizabeth von Arnim, whose life and books were firmly centred in European settings rather than those of her birthplace in Sydney in 1866. With her wide contacts amongst the literary and intellectual scene in England, Europe and America, she published 21 books (many of which were likened to Jane Austen) and was a literary sensation on both sides of the Atlantic.

Janine writes in her review:

Joyce Morgan has presented an enigmatic, fascinating woman who lived a life very far removed from an Australian experience. She has a light touch as a biographer, starting each chapter or section with a narrative, scene-settling, imaginative paragraph or two, as if she is coming up for air, before diving down into description and analysis again. This leads to a fairly ‘choppy’ sort of reading experience, but it also keeps the biography at an easily-accessible level. It is only when you turn to the back of the book that you realize how well she has integrated primary sources into her narrative (Review here)

Thank you again to our steadfast reviewers.