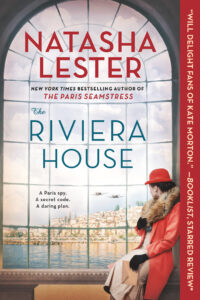 Little did I expect when I commented in my July round-up about New South Wales and Victoria still being in lockdown, that we in the ACT would have joined them. What to say, except let’s hope we will be out of it soon and that no-one else will be in it?

Anyhow, as usual, awards announcements made over the last month are at the end of the post.

August was awesome because we just kept on reading through everything that’s been going on around us – and adding our reviews to the database!  Forty-six reviews were posted this month, which is just under last month’s 48, and a bit less than last July’s 52. Our 46 reviews were for 37 different books.

Now, the classics, four fiction and two non-fiction. One was published in 1997, which is borderline, as my rule of thumb is 25 years, but, what’s a year between friends, eh? The four novels are Marion Halligan’s The hanged man in the garden (1989), Carmel Bird’s The Bluebird Café (1990), Melina Marchetta’s Looking for Alibrandi (1992), and, the ring-in, Elizabeth Jolley’s Lovesong (1997).

Brenda (GoodReads), who read The hanged man in the garden for a Canberra-reading challenge, did not like it much, because she found it dated. However, she says that “For the era though, everything was said and done as it is in this book”. Bill (The Australian Legend) reviewed Carmel Bird’s The Bluebird Café, and was a bit bemused, though in a different way to Brenda. He starts his review with “The Bluebird Café is set in Tasmania, probably in some sort of whimsical alternative reality”. That sounds like the Carmel Bird I know. Bill then discusses the characters, content and different forms (including a journal, interview, essay) used in the novel. Both these books challenge their readers in terms of form – as both can also look like a collection of short stories – suggesting some experimentation with “the novel” that was going on at that time.

Melina Marchetta’s Looking for Alibrandi has appeared a few times before in this round-up, with Ashleigh (The Book Muse) being our latest to contribute a review. Ashleigh recognises this YA novel’s classic status. saying:

Since 1992, Looking for Alibrandi has been a book that speaks to the experiences we all go through – but not just when we’re in high school. We might experience some of what Josie goes through later in our lives, and in reading books like Looking for Alibrandi, we can begin to find a way to understand our own identity and place in the world, and during a turbulent time like the COVID-19 pandemic, it can reassure us that things will one day be okay, that we will work out who we are and what the world around us is like, even if it is constantly changing.

For our last fiction classic, we return to Bill who reviewed Elizabeth Jolley’s Lovesong, one of her last novels. It also challenges its readers. Bill writes that it:

is a difficult work to come to grips with, set in an unnamed (Australian) city with a male protagonist who appears to have been released into the community from an institution for the criminally insane (that is, for people who commit a crime and plead mental illness, or sometimes for people who are at risk of committing a crime, usually sexual). I found it very slow to get into, though I gradually became engrossed, and I think Jolley may have been concentrating on imagining/reproducing the thought processes of someone who was a bit bewildered to find himself where he was. That is, the problem she set herself was not ‘how do I tell this story?’, but ‘how can I best write what/how this man is thinking?’

The two non-fiction works are Charmian Clift’s memoirs Mermaid singing, Peel me a lotus recently published together (but originally published in 1956 and 1959), and Helen Garner’s The first stone (1995). Kim (Reading Matters) read the two Clift memoirs, which are about Clift’s life in Greece with her husband, the Australian novelist, George Johnston. Kim greatly enjoyed the two memoirs, because they are “full of bold and colourful descriptions of people, locals and foreigners alike, and places … enough to make you feel as if you are there soaking up the sunshine, the plentiful wine and the good vibes”. She concludes that

Given our current travel restrictions (because of the Covid-19 global pandemic), reading this book is the next best thing to visiting the Greek islands yourself. I loved it.

Helen Garner’s The first stone is a different matter altogether. It was reviewed by Janine (Resident Judge of Port Phillip) and was a reread for her. She read the 25th anniversary edition which had some additional material, though nothing additional by Garner herself reflecting back. Just to recap, this book contained Garner’s thoughts “on the case of the Master of Ormond College at Melbourne University, who was charged with indecent assault by two female students”. These thoughts caused quite a controversy at the time. Janine’s thoughts on the book – on her reading then and now – are worth reading. Her conclusion is that in some ways it has dated but that:

the questions of proportionality, agency/victimhood, generational change, the law, class and feminism are just as pertinent – if not more pertinent – today.

I have spent a lot of time on the classics in this post, because they are less likely to be covered in other round-ups. For my other spot this month, I’m featuring an author, which I haven’t done for a while. I’ve chosen Sofie Laguna who was one of our most reviewed authors this month.Two of her books were reviewed, one representing her adult fiction work, The eye of the sheep, and one her children’s, The song of Lewis Carmichael.

Laguna is a multi-award winning author. She has written four adult novels, all of which have won or been short or longlisted for literary awards. The eye of the sheep won the Miles Franklin. Thuy On, reviewing her most recent novel in The Guardian said, “Laguna seems to have a preternatural talent for channelling the worldview of a child beset by ill luck and circumstance”. The eye of the sheep is one of these, as Janine explains very well in her review. She concludes with:

The real strength of this book … is the power of the narrator’s voice, which doesn’t slip for a second. The author has disappeared completely behind this guileless yet perspicacious character, who becomes real: someone I cared and worried about enough to lie awake at night, thinking of him. Her book is an exploration of class and deprivation, but also love and fear, strength and weakness.

Laguna has also written over 15 children’s books, including picture books. Her latest children’s book, The song of Lewis Carmichael, illustrated by her husband Marc McBride, was reviewed this month by Brenda (GoodReads) and Ashleigh (The Book Muse). Unlike her grittier adult novels, this one is more “heartwarming”, albeit young Lewis has, of course, some challenges to face. Brenda calls it “absolutely delightful”, with a story that is “poignant and heartwarming”. Ashleigh agrees, calling it “a beautiful story”, but she also makes an interesting point about it:

It is one of those books that has a timelessness about it that I’m seeing a lot of these days, particularly in books for younger readers. This trend is nice, as it doesn’t pin the story into any set time or place, and they aren’t constrained by technology or anything that might date the book too soon.

Three – probably not so well-known – awards made announcements over the last month. Do note that the asterisked books have not been reviewed yet for the challenge – that’s a hint!

This lesser-known award has been around for 20 years. Its criteria are unusual because while “excellence in writing” is important, a major focus is “excellence in research”. It is open to all forms of writing, but not surprisingly, nonfiction features heavily. Only one of the 18-title longlist was a work of fiction.

Readings Prize for New Australian Fiction  (4 of 6 by women)

Jennifer (GoodReads) reviewed Echolalia this month, and said it “haunts” her, partly because of the central tragedy, but partly “because there is no neat resolution. We are left, as is the world, in an uneasy suspense”.