History Memoir and Biography Round Up : August 2021 August was a quiet month here at History Memoir and Biography. Eight reviews of seven books were posted to the database.

The boundaries between ‘History Memoir and Biography’ and non-fiction essays are not always watertight, and two of the books reviewed this month combine personal reflection with cultural critique. Jemimah-Oddfeather reviewed Adult Fantasy (2017) by Briohny Doyle, which she described as “an exploration of the meaning and attainment of adulthood for young people in a world that is very different from our parents’ and grandparents’ times” (see her review here). Theresa Smith, who is more attracted to essays than memoir was entranced by Sarah Walker’s essays in The First Time I Thought I Was Dying (2021), which dealt with “many topics that include grief, self image, self harm, mental illness, family relations, sex, fear, theatre, photography, death, illness, bodily functions, art, and honestly, so much more”  (see review here).

With all the construction that is going on in capital cities, it’s quite common for an archaeological dig to be underway while we are all going about our daily lives. Little Lonsdale Street has been the site of a series of investigations in recent decades, where its earlier incarnation as the ‘red light district’ of Melbourne has been uncovered. In her book The Women of Little Lon (2021) Barbara Minchinton goes beyond the lurid tales to discover the networks and hierarchies in this largely female-dominated economy, locating them as daughters, sisters, wives and mothers as well as sex workers. Janine Rizzetti (Resident Judge) writes in her review:

In developing these portraits of women who were part of the Little Lon network, Minchinton draws on newspaper articles, court reports, family history and archaeological objects uncovered by the archaeological projects conducted at the ‘Commonwealth Block’ and later ‘Little Lon’. By broadening her vision out from the breathless, flippant and often censorious newspaper reports, she gives a picture of the whole lives of these women. …Minchinton’s wide-ranging research and focus on whole lives emphasizes the networks between women in this largely (but not completely) female-dominated economy that extended far beyond just the provision of sex. (See review here)

While new publications are always exciting, it’s good to see that some ‘classic’ memoirs are still being enjoyed by our reviewers. Kim Forrester at Reading Matters enjoyed Charmian Clift’s memoirs of her family’s life in Greece in Mermaid Singing (1956) and Peel Me a Lotus (1959). The two books were reissued in one volume by Harper Collins in 2020. 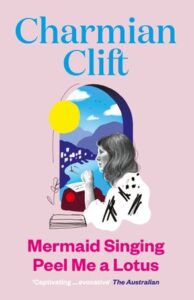 [In Mermaid Singing] Clift turns a forensic eye on cultures and customs to report on a way of life that was poor and primitive (even by mid-century London standards). Some of her chapters read like expertly crafted magazine features that would not be out of place in a glossy newspaper supplement today. She really gets under the skin of what makes the people and the place tick, writing about the sights, smells and textures in filmic detail. [Peel Me a Lotus]… is less about traditional island life than her previous volume and more about the life of the family, how they go about setting up their home, the tensions Clift experiences between living a life of domesticity and one of creativity, and the role the couple play in the foreign community of artists and poets and writers who have made Hydra their hang out. …Given our current travel restrictions (because of the Covid-19 global pandemic), reading this book is the next best thing to visiting the Greek islands yourself. I loved it. (Review here)

Fiona Murphy’s The Shape of Sound (2021) is a memoir about being deaf, something that Murphy kept secret for over twenty-five years. Her book blends memoir with quotes, summaries and other academic and non-academic information on deafness. In her review, Kate Lomas Glendenning writes: 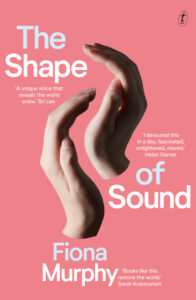 Murphy details her upbringing, struggles with education, continuous loss of sound (or perhaps, as Murphy noted towards the end, gaining of silence), difficulties with relationships, career moves, and stigma surrounding the deaf community while battling to keep her condition a secret….Though this story does, in some ways, follow the ‘overcoming your disability’ narrative that prevails in so much of disability literature, it just reinforces how deeply inaccessible the world is to people with disabilities. Murphy’s need to keep her deafness secret and to work around others to avoid discrimination highlights how our society is still geared towards making people with disabilities change their behaviours rather than building systems that include them. (Review here)

When Dianne O’Brien was thirty-six, with six children of her own, she learned that she was a victim of the Stolen Generations, removed from her mother at birth, and the great-granddaughter of the Aboriginal activist William Cooper.  Daughter of the River Country (2021) by Dianne O’Brien and co-written with Sue Williams, tells her story. Two of our reviewers read the book. Sachini at Underground Writers observes: 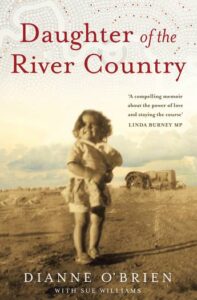 Condensing a lifetime as tumultuous and eventful as O’Brien’s into a novel is no small feat. After brief reflection on some rosy memories of childhood, this memoir quickly reaches full steam before hurtling to a finish. Its intensity is amplified by the fact that these are real events. As a result, the story-telling style is concise and does not linger too much on unimportant detail … Though it can be difficult to read the abuse and violence described in this memoir, the reader is never left to dwell on it for too long. Partly because of the pragmatic tone of O’Brien’s voice and because she overcomes every difficulty sent her way. She takes every vice or act of cruelty against her and turns it into a positive for others… (Review here)

Memoirs by members of the ‘stolen generations’ are always difficult to read. And they are especially uncomfortable to read when they involve abuse. Difficult and uncomfortable, but important. Why? Because if we ignore these memoirs we are ignoring (and denying) the pain caused. ….This is the memoir of an amazing woman and while I found it unbearably sad in parts, I finished it full of admiration for what Auntie Di has achieved. An inspirational memoir of courage, persistence and resilience. (Review here)

Michelle Tom’s house was damaged by a deadly magnitude 6.3 earthquake in Christchurch, New Zealand, in 2011. In Ten Thousand Aftershocks (2021), she writes about the earthquake and uses the five stages of an earthquake to explore the similarities between seismic upheaval and her own family’s tragedies. Denise Newton reviewed the book very positively: 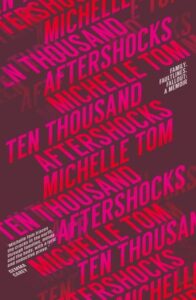 This memoir by New Zealand born- now Melbourne resident – Michelle Tom is already one of my standout reads of 2021. It cleverly, poetically, blends her story of family violence, love, and bitterness with the devastation of the earthquake that hit Christchurch in 2011. She uses geology and seismology as metaphors to drill down into the strata of her family; its patterns of behaviour and unrest over generations. …The book is divided into five sections, each one reflecting the different stages of an earthquake, the final one being the aftershocks of the title. And for each of these stages, she identifies a corresponding period or event in her family’s life. It is such a powerful way of looking at family and individual trauma. (Review here).

As always, thank you to all our reviewers who have shared their responses with us.