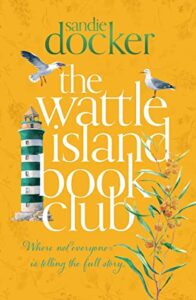 So September has been and gone, with New South Wales, Victoria and the ACT, spending it all in lockdown. However, as I write this in October, New South Wales is “relatively” free again, as will the ACT be at the end of the week. Things should be freer in Victoria at the end of the month. For everyone else though, it’s been business as the new usual! I hope that wherever you were, the first month of spring (or autumn for our northern hemisphere readers) has been good to you.

Regular readers here won’t be surprised that the reviewer of this month’s lone classic is Bill (The Australian Legend). He reviewed Katharine Susannah Prichard’s The child of the hurricane. Published in 1964, this is Prichard’s autobiography. For those of you who don’t know Prichard, she was one of Australia’s most significant writers in the first few decades of the 20th century. Her novels The pioneers (1915), Working bullocks (1926), The wild oats of Han (1928), Coonardoo (1929), and Haxby’s circus (1930)  have all been reviewed for the challenge. Do check them out next time you feel like reading something a bit different.

Bill enjoyed the autobiography for what it did contain, but would have loved more on her literary and political life. For that, we must wait for Nathan Hobby’s biography, The red witch, due out next year. Here is Bill’s conclusion:

An entertaining read, informative about her early years in a chatty way but which left me wishing she’d at least written the second volume, about her middle years and the literary and political theory which informed her writing.

I am going to sneak in here under Classics another book, Leah Purcell’s The drover’s wife: The legend of Molly Johnson because it is a recent reimagining, from an Indigenous Australian point-of-view, of Henry Lawson’s classic short story, The drover’s wife. It is also Purcell’s adaptation of her award-winning play on the same story. Ktbookbingo did one of her Instagram reviews of this novel. She found the first half slow-going, perhaps because she hadn’t read the original story (?), but she found that it picked up in the second part. She concludes:

I do recommend The Drover’s Wife. You can read it for the words alone; but if you look hard enough, you’ll appreciate Purcell’s use of the themes of race, gender and violence in a historical context and how they are still just as topical today. Whichever way you choose to read it; my advice is to do so knowing the first half is a slow burn for which you’ll be rewarded for your perseverance of with a cracking second half.

Two novels reviewed this month were debuts, Marion Frith’s Here in the after and Sophie Overett’s The Rabbits.

Marion Frith’s Here in the after is about surviving trauma, with the story told through the lives of a victim of a terrorist attack, in which several were murdered, and an Army veteran who served in Afghanistan. Two of our regular reviewers, Mrs B (Mrs B’s Book Reviews) and Jennifer Cameron-Smith (GoodReads) posted on this book. Mrs B interviewed Frith, which you can read at the link and in which Frith says that she’d been “toying with this idea of trauma’s aftermath for a while”. Jennifer was impressed by the book, concluding that:

I was deeply moved by this story and after finishing my review copy, bought a copy for myself. This is Ms Frith’s first novel, and I recommend it highly.

A brave, strong topic for a debut novel I’d say, but it sounds like Frith has pulled it off. It is certainly relevant to our times.

Sophie Overett’s The rabbits won the 2020 Penguin Literary Prize, which was established in 2017, “to find, nurture and develop new Australian authors of literary fiction”. This novel was reviewed by Mrs B again, who describes it as combining “magical realism with suburban life in contemporary Australia”. Drawing from the disappearance of a family member, this multigenerational story is, says Mrs B, “a startling story of loss, change, trauma, strained relations and connections”.

However, she also admits that its style/genre is a bit out of her comfort zone, so she found it challenging at times:

Reflective, meditative, quirky and creative, I appreciated the intent of this novel much more than the overall execution. Unfortunately, as magical realism is genre I struggle with, I experienced some difficulties in connecting to and fully understanding The Rabbits. This one baffled me!

Mrs B has certainly captured my attention with her honest, but intriguing assessment. And, what an interesting cover.

Four awards made announcements over the last month. Note that the FOUR asterisked books have not been reviewed yet for the challenge – that’s a hint! (I will be doing one of them in a couple of months, so that’s a start.)

Mark and Evette Moran Nib Shortlist (4 of 6 by women)