Non-Fiction (General) Round Up: September 2021 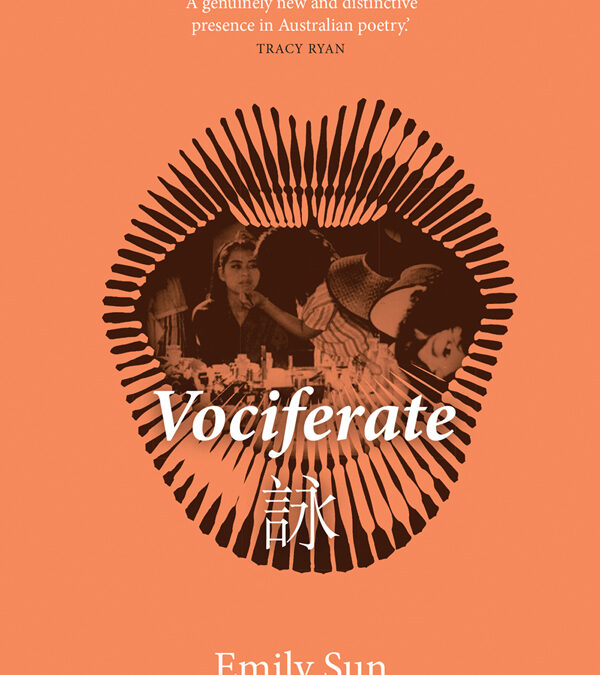 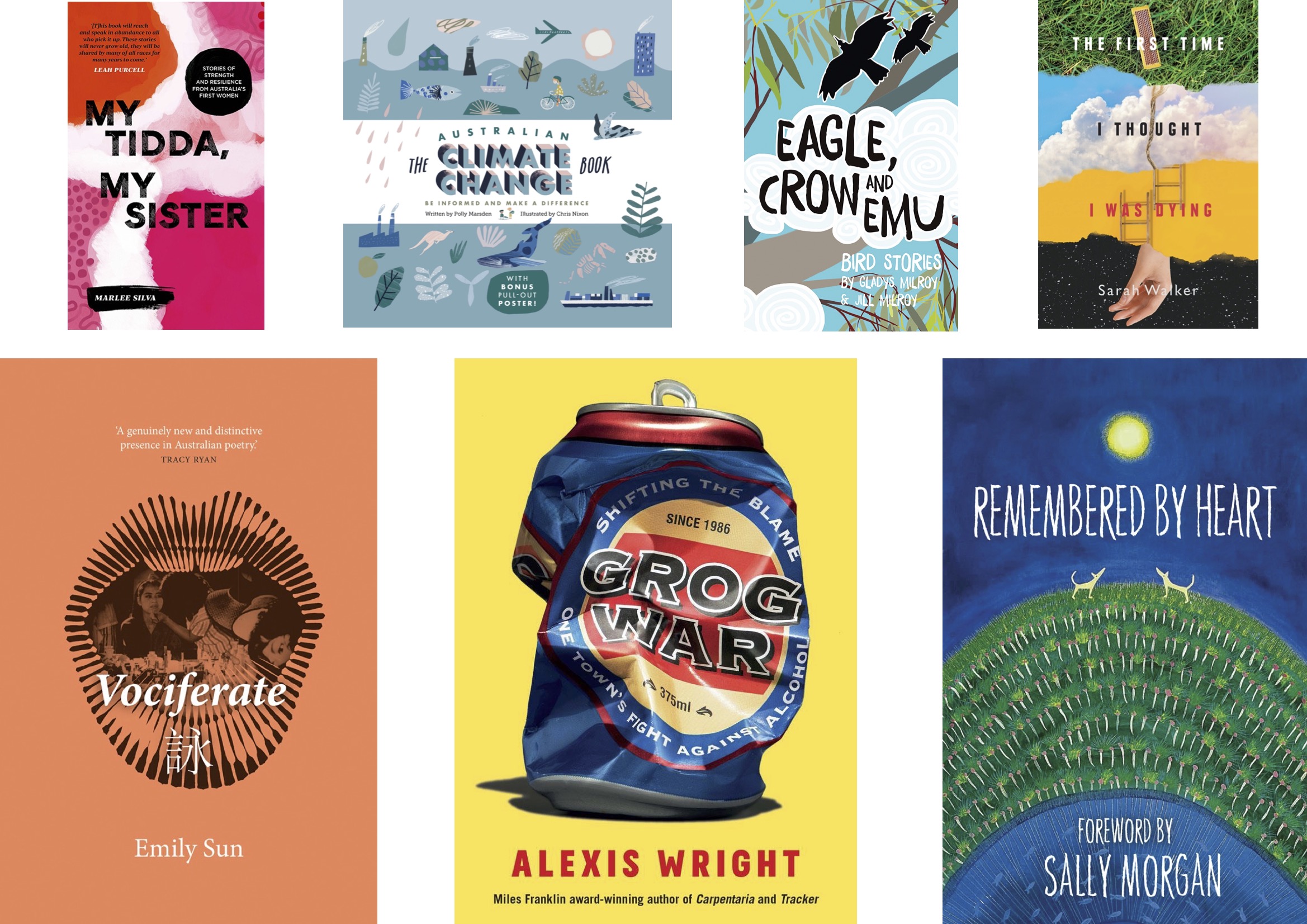 For September there was:

Wonderfully 6 of these 9 books were first-time reviews. Thank you for adding them to the database!

The most prolific reviewer was: Katie Elder here on Instagram with 4 books reviewed.

The most reviewed title this month was: all of them! As each title was reviewed once.

As always, click on the coloured quote from a review to be taken directly to it. And a quick reminder: this round up includes poetry submissions despite their not being non-fiction. It just came out in the wash that way!

Before proceeding please be aware that some of the books discussed below mention racism/colonialism, alcoholism, domestic violence, murder, suicide, and the climate disaster. There is no description or imagery relating to these topics.

Katie Elder on Instagram has been busy this month, reviewing a handful of books never before added, largely about Indigenous stories of Aboriginal and Torres Strait Islander peoples. First off was Remembered by Heart: An Anthology of Indigenous Writing (2016) edited by Sally Morgan. Through fifteen true stories reflecting a diverse range of Aboriginal Australian experience, its exploration spans from life in the desert to growing up on a mission, enduring devastating policies in the 1930s to bravely seizing new opportunities in the 1960s. Katie says each recollection is: “powerful, confronting and eyeopening” but the book may have suffered a little from misrepresentation during publishing as it is aimed at young adults but not promoted as such. Nevertheless, according to Katie, “it is a short but recommended read for teenagers [because] it will provide an excellent starting point for education, awareness and discussion”.

Second up is another collection of stories entitled My Tidda, My Sister: Stories of Strength and Resilience from Australia’s First Women (2020). It shares the experiences of many Indigenous women and girls, brought together by author and host of the Tiddas 4 Tiddas podcast, Marlee Silva. The voices of First Nations’ women that Marlee weaves through the book provide a rebuttal to the idea that ‘you can’t be what you can’t see’. For non-Indigenous women, it demonstrates the diversity of what success can look like and offers an insight into the lives of their Indigenous sisters and peers. Although finding the inspirationalism somewhat too neatly packaged, Katie states: “Silva was very clever in using a multigenerational approach to evidence that no matter what adversity is before you, dreams can come true; even if that means creating a path to make it happen rather that following the beaten track.” I wonder though if a turn away from the expectation that Indigenous peoples must perform their trauma for their stories to matter has paved way for a new set of stories that are celebratory and about them—within and of themselves—and not always in relation to white people’s violence. I will have to read the book to find out!

Finally Kate also reviewed Alexis Wright’s Grog War (2021) which is a rerelease of the original 1997 text but amazingly has never been added before. This updated and revised edition takes an academic look at the harmful effects of alcohol in the Tennant Creek community during the 1980s where the Indigenous townspeople organised at a local level to halt the rampant sale of liquor and revitalize their town. Kate says that: “This edition is a re-released twenty fifth anniversary edition, but the contents are still just as topical and informative…[and] has a lot to offer from a cultural, sociological, ethical, legal, anthropological and historical perspective”. 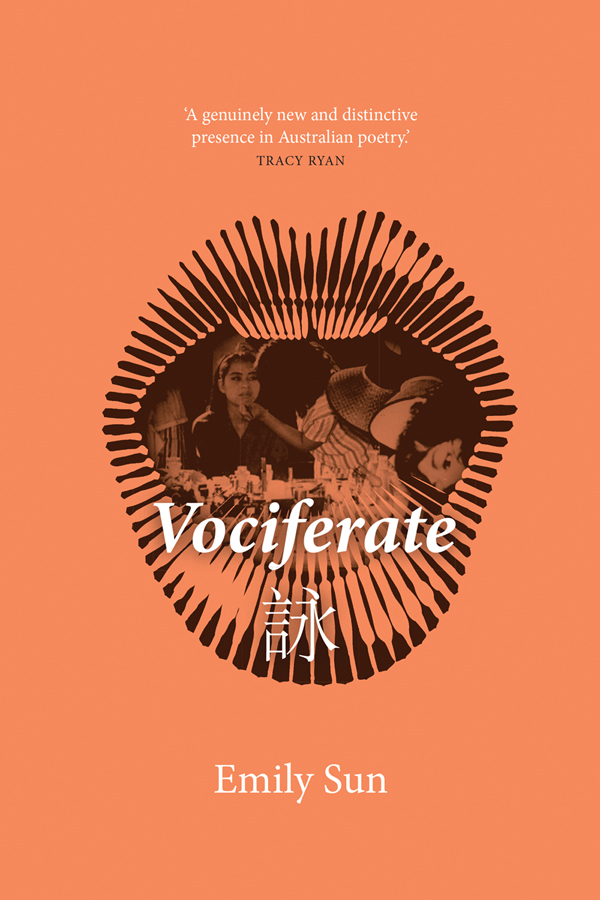 Our only poetry review this month comes from Jess Gately at Underground Writers who delves into Emily Sun’s Vociferate (2021). Delightfully this recent release and firs-time addition is also a debut collection that is, according to Jess, a “bold and intelligent debut filled with rage and wit.” The poems were inspired by diasporic-Asian feminist writers. Like these writers, Emily Sun resists Orientalist tropes as she explores the complexities of national and transnational identities, reflects upon the concept of belonging, and questions what it means to be Asian-Australian. I especially enjoyed the last paragraph of Jess’s review and have quoted it in full despite its length:

“Vociferate is a wonderfully complex and powerful collection. It’s not a quick read, but it opens up a rabbit hole of history, philosophy, and cultural revolution. If the role of literature is to place a reader in someone else’s shoes, then Sun’s collection is an open and honest reflection that lays her emotions and thoughts bare. It’s not an easy read. Sun asks you to work for understanding, asks you to actively participate in the poetry beyond just reading or speaking it aloud, but it’s worth it. It took me back to my days of studying literature, where every reference was pulled apart and interrogated, and in doing so a broader history and understanding of the world was revealed. This is an ambitious, genuine, and heartfelt anthology that invites the reader to embark on a journey through time, space, and politics.”

This is definitely one that is going on my to-read list!

It has been a while since we’ve had submissions for the Non-Fiction Kid’s Corner but that changes this month with two educational books for younger readers. First off is Eagle, Crow and Emu: Bird Stories from 2016 by Indigenous mother-and-daughter team Gladys and Jill Milroy. Bridging the gap between fiction and non-fiction, it includes three short stories that feature environmental tales about birds. Reviewed (again!) by Katie Elder on Instagram who highly recommends it, she says: “The writers are inspired by their concern about the damage that is being caused to the environment, especially with regards to birds and animals. The writing and plot reflects this for adults; but avoids being lecturous and overbearing for children. Instead it cleverly uses the context of environmental issues in a plot that features adventures for the animal characters.” 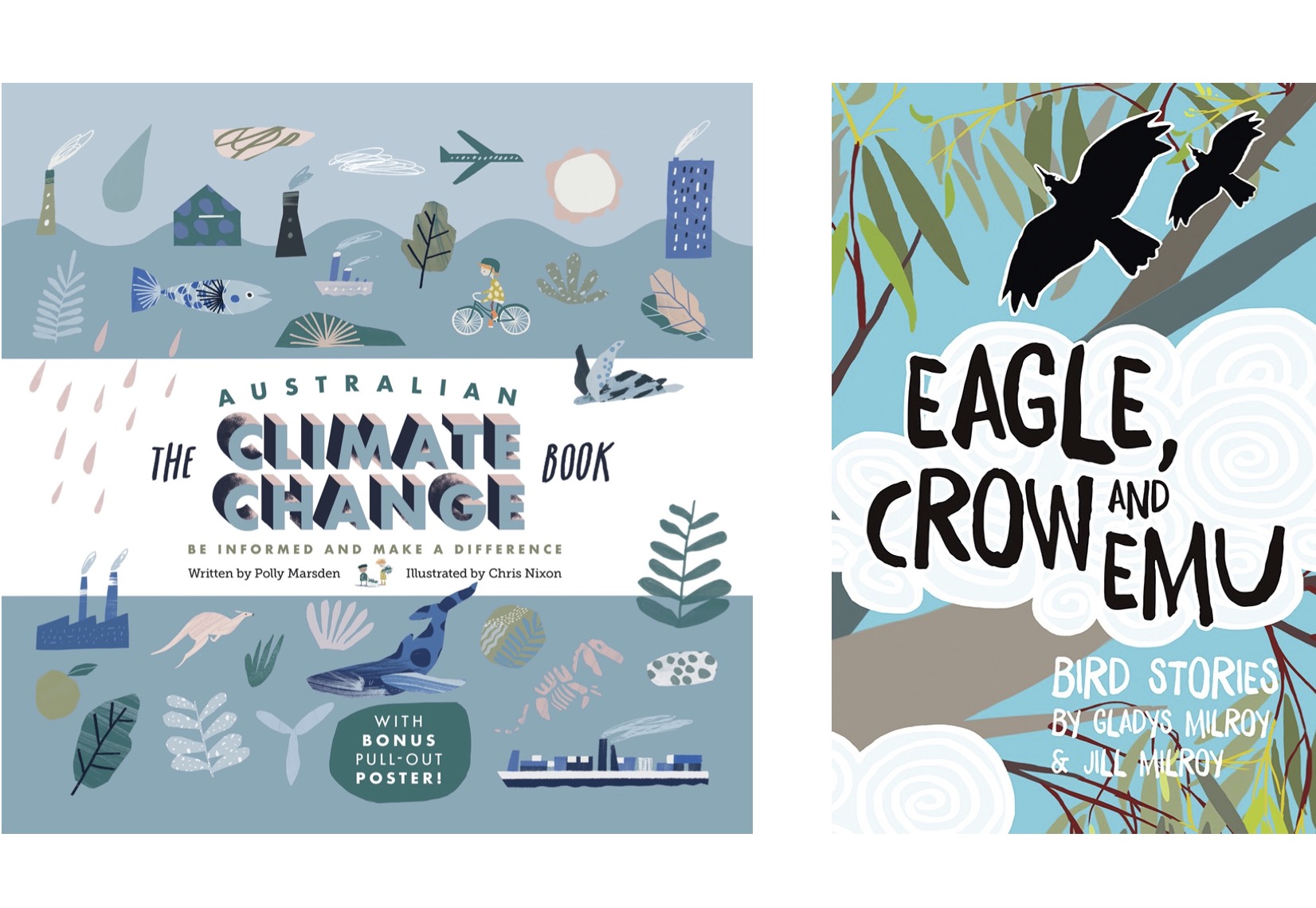 On a similar subject and also a first-time addition was Brenda Telford at Goodreads’ review of The Australian Climate Change Book (2021) by Polly Marsden. According to the publishers it is an accessible and reassuring picture book that teaches children about the specific challenges of climate change for Australia so they can be informed and make a difference. And Brenda agrees, calling it “a perfect tool for children learning about climate change, for their parents and teachers to discuss with them, introducing them to fossil fuels, to the environment, to ecosystems…For school age children, with guidance from mum and dad, this helpful children’s book will be one that should have a place on the school library shelves, as well as at home.”

For just the second time for the AWWC Jemimah Halbert Brewster at Underground Writers reviewed Sarah Walker’s The First Time I Thought I Was Dying (2021). In this book Walker wrestles with the awkward spaces where anatomy meets society and explores our unruly bodies and asks how we might learn to embrace our own chaos. Jemimah writes: “In sharp, clear prose she lays bare deeply personal experiences alongside facts, figures and studies of everything from sex education in schools to suicide to grief to body hair removal…Walker’s experiences may not be relatable to everyone, but she expertly uses her experiences and knowledge as jumping off points for a broader conversation that includes everyone.” 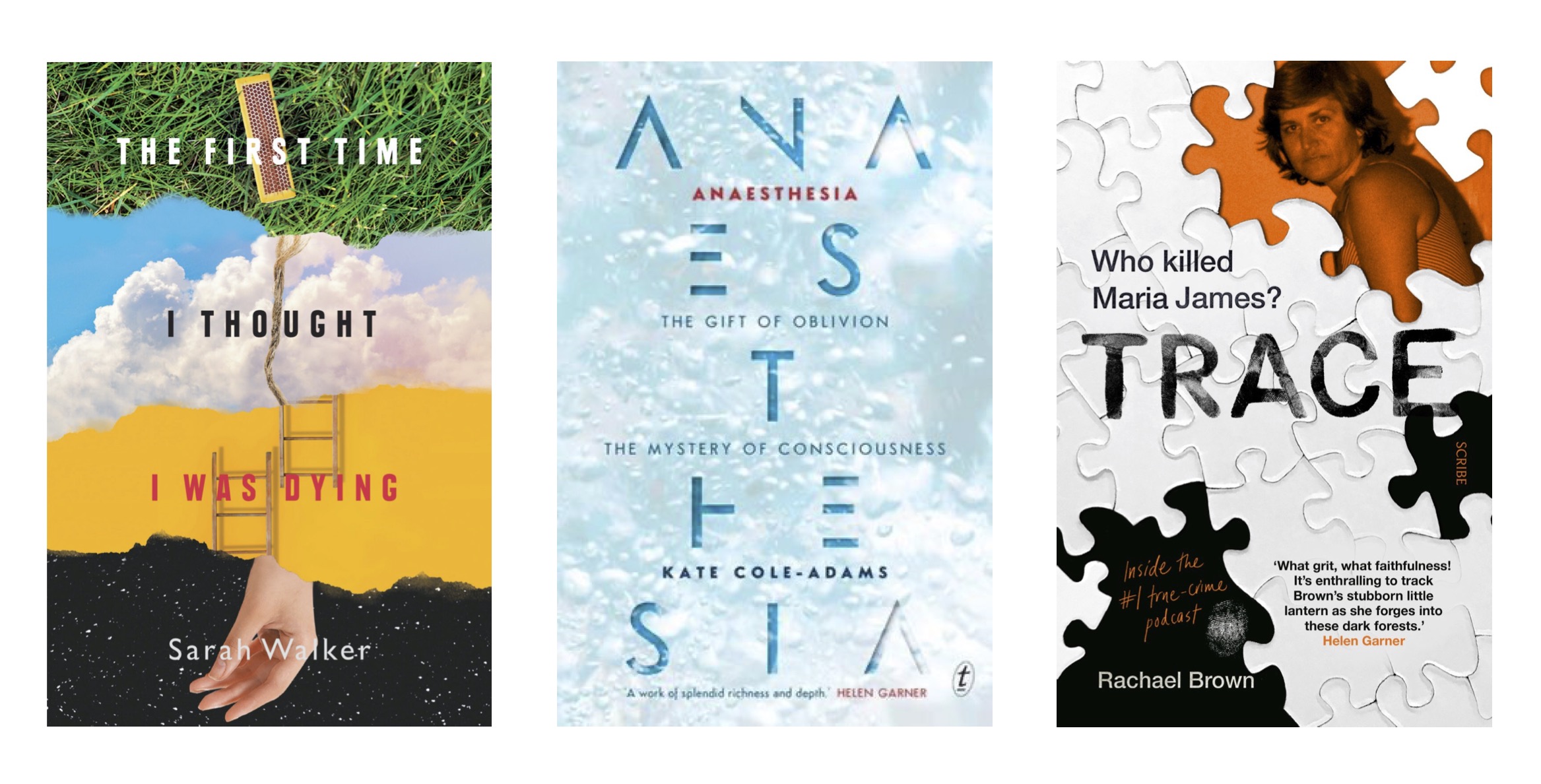 Also reviewed was Rachael Brown’s Trace: Who Killed Maria James? (2018). This is a well-known true crime title and story, with this being its fifth time added. Preceding the book was a podcast about the unsolved murder of Maria James who was found stabbed to death in her own bookshop in 1980. With updates happening as we speak in this case as an inquest is underway, I think Angharad Lodwick at Tinted Edges is right to say this is still “an incredibly important book not just for true crime fans or even fans of the podcast, but for all of us who believe that the truth should not be obstructed.” Angharad’s look at the book is very personal and imbued with deep feeling, I recommend reading it in full. Especially, for true crime ‘lovers’ like me, who constantly need to be reminded of the line between crime as fascinating to the point of entertainment and the reality for the victims and those who knew them.

Turning back the clock to 2017, Kate Forsyth read and reviewed Kate Cole-Adams’ Anaesthesia: The Gift of Oblivion and The Mystery of Consciousness. This is the third review in the database of this title which received a slew of accolades at the time. A book which explores consciousness and memory through the medical process of anaesthesia, it melds science with personal experience to bring an intensely human curiosity to the unknowable realm beyond our waking selves. According to Kate: “On the one hand it’s an examination of the history of anaesthetics, and some of the mysteries and problems associated with it…The other aspect of the book was personal histories of those who have suffered and survived and been saved because of anaesthetics, including that of Kate Cole-Adams herself. These stories lifted the book out of the ordinary, along with her utterly beautiful prose.”

Thanks to all the Reviewers

Here is a list of the reviewers mentioned this month and where you can find their work. Visit them, if and when you can. Say that I sent you! 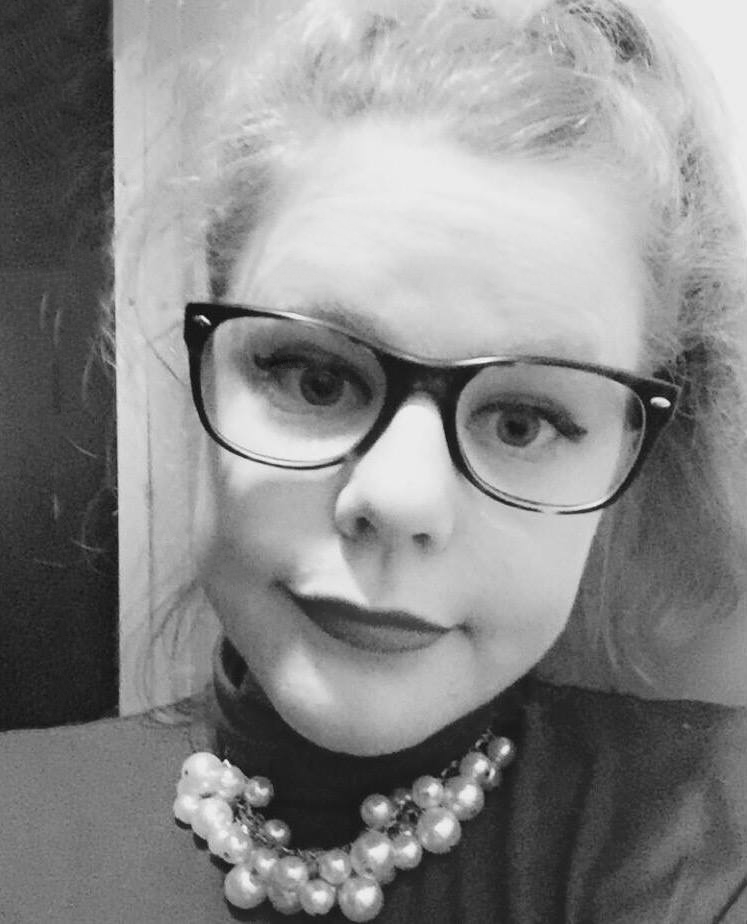 I write about stories and language at Slant Postscripts. I’ve worked extensively on nineteenth century fiction by women and decided it was high time I was more acquainted with books from this period that are closer to home. Did you know that the first book ever published on mainland Australia was by a woman? I have a project about it coming soon.

I write mostly about literary history and fiction which make up much of my research work. However my more personal writing often deals with different concepts such as illness, interpretation, trauma, injustice, and melancholia. Add me on Goodreads – I’d love to see what you’re reading!