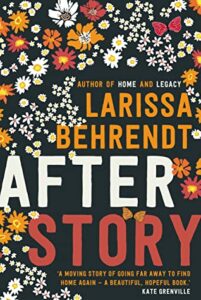 With October under our belt things are returning to COVID-normal in Australia, though there are still ups and downs, some restrictions in place, and general all round uncertainty about what happens next. But, it’s nearly summer (here down under) and we are still reading …

Our October reviews are holding strong. At 39 reviews for the month, they were 2 less than last month (ie September), and 2 more than October last year. These reviews were for 27 different works.

This month’s classics were from opposite ends of the spectrum, meaning one is one of our best-known classics, Miles Franklin’s My brilliant career, while the other is, well, an older work but not known work which we also define as “classic” here, Elizabeth Jolley’s short story, “Hilda’s wedding” published in 1976.

My brilliant career, published in 1901, surely needs no introduction. It was reviewed by Rachel on GoodReads. Rachel has read this novel before and offers this wonderful description of heroine Sybylla (who draws from Franklin’s own life):

Sybylla is passionate, spirited, wilful, creative and walks to the beat of her own drum, refusing to kowtow to the expectations of her gender and era. She is also maddeningly self-loathing and seems to make illogical decisions based on her distorted view of herself.

Elizabeth Jolley’s short story, “Hilda’s wedding”, is something very different. I reviewed it on Whispering Gums for the #1976Club run by two non-Australian bloggers, Kaggsy and Simon. This short story is, I wrote,:

a rather bizarre or absurd story – which … is not a surprise from Jolley. In it, the narrator, who is a relieving night nurse – so somewhat of an outsider – organises an on-the-spot wedding for the very pregnant, apparently unmarried, kitchen maid Hilda. The various roles – husband, celebrant, parents of the bride, pages – are played by night staff including the cook, cleaners and porters.

It is typical Jolley, as I also wrote: it has humour alongside sadness, comedy next to tragedy, unreality bumping up against reality, and, appropriately, no resolution at the end. I like it because it’s about warmth in a cold place.

For a change of pace, I thought I’d focus this month on our top reviewer, Theresa Smith, who has also magnificently coordinated the challenge for us over the last few years. She maintains a beautiful blog, Theresa Smith Writes, and has been an assiduous reviewer for the challenge across many genres, but has also been our round-up editor for historical fiction which, if you ask her, she’d say was her favourite genre. I’ll just share three of her reviews from this month.

One was for our top book of the month, Hannah Kent’s Devotion. Theresa writes that

I love the way she writes, the way she plays with language, the way she conjures such visual imagery with her words. And there is some truly beautiful writing within her latest release, Devotion. Once again, she returns to the genre of historical fiction, and I was lost within the passages of time inside the world she has created, following a large group of Old Lutherans journey from one side of the world to the other.

However, she said this wasn’t her favourite Kent because of the supernatural element which at times pulled her out of the story. Tracey (Carpe Librum) agreed to some extent with Theresa. She “willingly went with” the “supernatural realm” but preferred the earlier part of the novel before the supernatural hit! Cloggie Downunder, on the other hand, doesn’t really mention this aspect in her review. She loved the book. All these reviewers like the way Kent tells stories of love.

Another new release that Theresa reviewed was Lucy Neave’s Believe in me, which she enjoyed, despite its bleakness. It’s about a daughter who researches her mother’s life. As a teenager, her mother had been forced to leave her home in upstate New York to accompany a missionary to Idaho. Upon falling pregnant, she is sent to relatives in Sydney, and is placed in a home for unmarried mothers. I like Theresa’s discussion of the writing, and, in particular the voice. She says, “The writing is exquisite, and it was narrated in an impressionable way, a first-person narration that had an omniscient feel to it”.

Let’s finish with one more new release, Emily Bitto’s Wild abandon. Theresa always starts her review with a description of the novel from the publisher or a blurb. She starts this review with “In the fall of 2011, a heartbroken young man flees Australia for the USA. Landing in the excessive, uncanny-familiar glamour and plenitude of New York City, Will makes a vow to say yes to everything that comes his way.” Now, she admits that she “didn’t get along” with the book at the beginning, partly because Will was “totally unimpressive as a character”, but in the end, she found the novel “deeply affecting” and “compulsive”. It is, she said, “a complex novel that generated complex feelings within me whilst reading”. And, once again, she talks about the writing and the voice. I love that, because as well as knowing what a book is about, I do like to know a bit about how it was written.

If you haven’t read Theresa’s reviews, I suggest you do so.

Four awards made announcements over the last month, but I’ve only reported on three here, as the ARA Historical Novel Award was won by male author, Jock Serong.

Sofie Laguna’s Infinite splendours – and it has been reviewed for the challenge.

This award was, until 2019, the Most Underrated Book of the Year Award. It was renamed partly, I think, to sound like something less, hmm, embarrassing to say you’ve won. But George Dunford from new sponsor, Arts Hub, also says this:

‘We’re thrilled to be supporting writers and small publishers at a time when our literary ecosystem is threatened. We need more independent books right now to tell the stories that big publishers ignore or don’t think will sell. The spirit of this award is to spotlight stories that might not be told if not for small press.’

Proving the need for this award is the fact that only one of these, Krauth’s novel, has been reviewed for the challenge.

There are several categories in these awards, but I am just posting here on the Fiction and Poetry shortlists this month

All the novels have been reviewed for the challenge, but not Mags Webster’s book.