History Memoir and Biography Round Up: October 2021 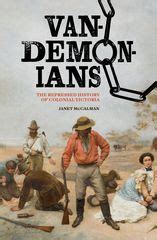 October was another good month, with thirteen books reviewed, many of them not mentioned in Round Ups previously. The two that had been previously highlighted were Tanya Heaslip’s An Alice Girl which Jennifer Cameron-Smith reviewed here and Kathryn Heyman’s Fury which Cass Moriarty reviewed here.

All the rest are “new” books, although not all have been published recently. And joy of joys! all three genres are represented. What a beautifully balanced month!

Janet McCalman’s book Vandemonians (2021) is based on the rich archive of 25,000 files generated by the penal system in Van Diemen’s land in the first half of the 19th century, but with a twist. Victoria, just across Bass Strait,

has always prided itself on remaining uncontaminated by the ‘convict stain’ but this book challenges that boast by tracing through the life-stories of those many ‘Vandemonians’ who crossed over into Victoria. In her review, Calzean writes:

In this book the author provides the outcomes of this study which is unique in the richness of the data collected and the academic findings it produced. The data is melded with stories of the convicts, social changes occurring at the time and McCalman’s deep understanding in Victoria’s social history. The product is a book that is informative and rich in the knowledge it provides into the people who were transported to Tasmania and their subsequent impact on society. A stunning achievement. (Review here)

A book by Australian historian Anna Lanyon takes us further back to 16th Century New Spain, in The New World of Martin Cortes (2003), a follow-up to Lanyon’s earlier Malinche’s Conquest. Janine Rizzetti at Resident Judge 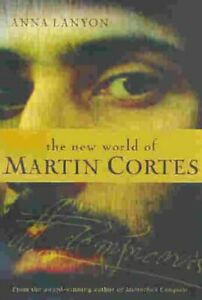 Martín Cortés was the ‘natural’ son of Hernán Cortés and Malinche, thus making him one among the early mestizo children born in the New World. But he was not to stay in the New World for long, as his father took him back as a six-year-old to the Old World, Spain. …Thus, this child of the New World, was integrated into the Old World, while his mother Malinche remarried and died within two years of her son leaving for Spain. …Lanyon knew the broad contours of Martín’s life before she started her research but even she felt sickened and saddened by the latter part of his life. Coming with no knowledge at all about Martín Cortéz, I felt that way too. Courage isn’t just found on battlefields: it is found just as much, if not more, in the dank cells of torture, where men are truly alone. (Review here)

Sometimes it’s difficult to make a clearcut distinction between history and biography, as it was with Lanyon’s 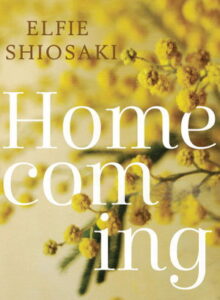 book, and so too with Ellie Shiosaki’s Homecoming (2021). The book pieces together fragments of stories about four generations of Noongar women and explores their navigation of  colonisation, protectionism, and assimilation in order to hold their families together. Jennifer Cameron-Smith writes of this book, which she has placed on her “keeper” shelf:

This book pieces together fragments of stories in poetry and prose and from historical colonial archives to provide a word picture of historical truth for four generations of Noongar women …The layout of this book with its spaces between thoughts and words slows down the reader, inviting us to think about what we are reading, about the lives and experiences being described. (Review here) 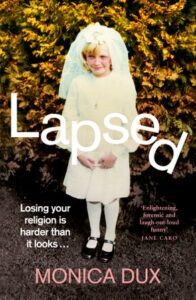 Monica Dux has written two non-fiction books about pregnancy and motherhood, and she has a column in the Nine newspapers on Saturdays. In Lapsed (2021), however, she goes further back to re-examine her childhood and the effect of Catholicism on her life.  Kate @ Booksaremyfavouriteandbest wrote:

Dux might be horrified (or thrilled) to know that Lapsed is the probably the most religious education I’ve had. It was informative – so much about Jesus that I didn’t know and hadn’t ever thought about (e.g. the likely inaccuracy of his whiteness) – but presented within the context of her experiences, making it a thought-provoking and entertaining read. (Review here) 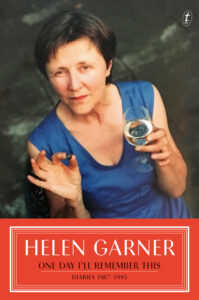 I loved volume 1 of Helen Garner’s diaries, Yellow notebook last year, and equally enjoyed this second volume, One day I’ll remember this. …Like Yellow notebook, volume 2 offers much for Garner fans. It covers similar ground to the first: observations from life around her, snippets of conversations, occasional news items (like the fall of the Berlin Wall), thoughts about other writers, and of course reflections on her own writing. We watch the tortuous development of her relationship with Bail, and the ups and downs of some close friendships. Music and religion feature again. And, there’s a search for home, for a place of her own. (Review here)

Sara El Sayed was born in Alexandria, Egypt and Muddy People (2021) is her memoir of growing up in 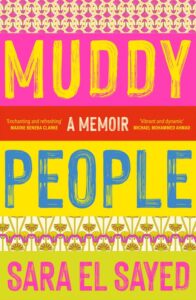 memoirs such as this from young Egyptian-born Sara El Sayed provide wonderful opportunities to walk, and thus better understand, the different life experiences of our fellow Australians. …in spite of the overt double standards applied to the sexes within their faith and being the target of overtly racist remarks, her ability to draw out the ironic humour while interrogating the causes of conflict with great empathy and compassion for others…alone makes Muddy People an appealing read. But, most impactful for me, is the light Sara El Sayed shines on the intractable problem children (particularly daughters) of parents living by strict faiths face growing up within a secular society; the emotional tug-of-war between a desire to make their parents proud and desire to fit in and form bonds with their often less than open-minded peers. (Review here)

KT at Ktbookbingo read the three volumes of indigenous activist and academic Roberta Sykes’ Snake Dreaming trilogy. Snake Cradle (1997) tracing from her birth in Townsville in the 1940s to the age of 17, was awarded the National Biography Award in 1998. Snake Dancing (1998) documents her shift into the national spotlight as a writer and as First Secretary of the Aboriginal Embassy on the lawns of Parliament House, to the time of her invitation from Harvard to take up postgraduate study in the United States. Snake Circle (200) is the final book of the trilogy follows her to Harvard, where she becomes the first Australian Black to graduate with a doctorate, and her personal, bureaucratic and political relationships within indigenous/government circles in Australia. 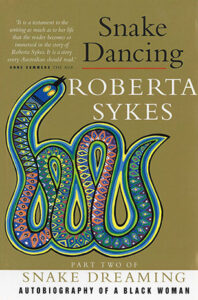 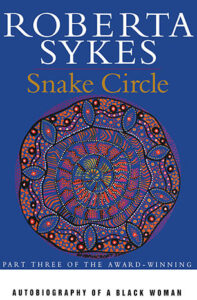 What an interesting read the autobiographical Snake Dreaming trilogy was. Sykes’ determination to leave the world a better place than she found it leapt off the page in all three books as she shares a no holds barred account of her first forty years. The fact that she was able to accomplish so much given her terrible childhood is nothing short of remarkable; especially in a time when Aboriginal people were subjected to significant racism and the ‘protection’ of the Government.
I did struggle a little with the way it was written though, as reading all three books was like reading someone’s diary… Instead, I wished for a lot less of the day to day stuff and more about what happened once she obtained the PhD she worked so hard for. An eye opening read from one of Australia’s most well known Aboriginal activists; the Snake Dreaming trilogy is an inspiring read about a very resilient woman. (Review here)

Another of those books that straddles memoir/biography is Gabrielle Carey’s Only Happiness Here: In Search of Elizabeth von Arnim (2020). At a time of turmoil in her life, Gabrielle Carey decides to read (or re-read) each of 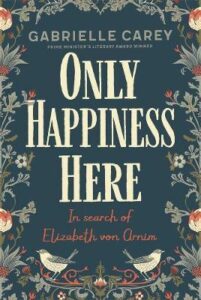 the author is very much present but it’s more a biography-as-memoir if I need to think of a hyphenated term for it. She engages at an intellectual and emotional level with the writings and life of Elizabeth von Arnim (the two were very closely associated), relating them to her own life. You learn about Elizabeth von Arnim, but you learn about Gabrielle Carey as well. (Review here)

The History Memoir and Biography Round Up doesn’t normally deal with children’s books, but Catherine Bauer’s Len Waters: Boundless and Born to Fly (2021) certainly falls into the category. As the third book in the ‘Australia Remembers’ series, it is aimed at children aged 6-12. Born a Kamilaroi man in the 1920s, Len ended up being 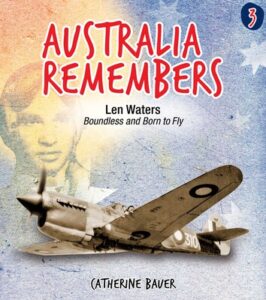 Australia’s first known Aboriginal fighter pilot during WWII, only to find out that out of his RAAF uniform, he simply ‘returned to being a black fellow’.   Ashleigh Meikle at the Book Muse writes:

Books like this can make history accessible and fascinating, and Cathrine also explores the Len’s family history and the general history surrounding his life to give readers context and an understanding of what Len went through, what he faced when he enlisted and what he went through when he returned from the war. Len’s story is just one of many stories and experiences that Indigenous soldiers went through during their military service and when they returned home – highlighting the stark differences and realities that someone’s identity played in how they were treated – and how society responded to this and has dealt with it. (Review here)

Thanks as always to our reviewers, who provide us such a rich and varied perspective on History, Memoir and Biography each month.