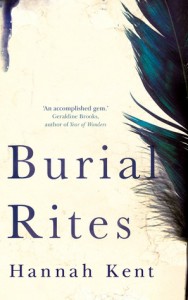 With the challenge as it was originally conceived finishing at the end of 2021, most of our volunteer editors did their final round-ups in December. However, for my own interest if not for others, I wanted to do one final round-up that looked at the ten years of the challenge in my Literary and Classics area. So, instead of the usual yearly wrap-up, I’m doing a ten-year one. I’m sorry if you would like to see one for 2021, but this will have to do, I’m afraid. Here goes …

At the ten year mark, our reviews database now contains reviews for nearly 7,700 books which is an increase of nearly 12% on our total to the end of 2020. You can see them all at Books Reviewed for AWW Challenge link. This is an impressive resource, and we thank every one of you who linked even one review to our database. It will remain as a resource for wanting to find reviews of books by Australian women writers.

Now, my regular clarification: this Literary and Classics area is slippery. There are no universally accepted definitions for either, so throughout the challenge we have primarily relied on reviewers’ categorisation, and erred on the generous side. I have, nonetheless, tweaked this at times, mostly where there have been inconsistencies between reviewers. Moreover, please note that Literary and Classics can encompass all forms and genres, fiction and non-fiction. Some authors who appear here also have works that have not been tagged “literary”, and some have older works that fit into “classic” and newer works that don’t (such as Helen Garner whose career is long). In other words, counts here only relate to Literary and/or Classics. Overall counts for certain authors and, certainly, for our reviewers can be higher.

For these and other reasons, then, the figures in this wrap-up will be a bit rubbery, but they are good enough to give us a decent sense of what happened over the decade. This is not, after all, intended to be an academic treatise.

So, where to start. The big number is that nearly 4,900 reviews were posted in the Literary and Classics area, over the decade, averaging just under 500 per annum. While numbers stabilised over the last few years, there was, right to the end, clear ongoing support, which I hope was appreciated by the authors and their publishers.

The most reviewed books were:

Hannah Kent burst on the scene early in the challenge – in 2013 – with Burial rites. This and her next two overseas-set historical novels, The good people, and more recently, Devotion, were all very popular with our challenge participants.

Some of these books also featured in major literary awards – in long and shortlists, and as winners: Charlotte Wood’s The natural way of things, Heather Rose’s The museum of modern love, Claire G Coleman’s Terra nullius and Evie Wyld’s All the birds singing.

This is the sort of information I was keen to discover. Who are the authors we have most loved and reviewed over the decade? Which is not to say that this is a popularity contest. For example, authors who only started publishing late in our decade will not appear in this list. To see who garnered most attention recently, I suggest you check the annual round-ups. However, many of the authors we read have been around for a while and it’s interesting to see which ones were most read and reviewed. They are:

Some way behind these is next bunch with review numbers in the 40s: Favel Parrett, Toni Jordan, Natasha Lester and Sofie Laguna.

You might have noticed that there’s only a small overlap between this list and and the authors with the most reviewed books. This is because some of these authors have had multiple books reviewed for the challenge, without any particular one garnering significant attention.

Encouraging diverse reading was a major goal of the challenge, and much effort was put into highlighting diverse authors over the decade. Diversity was defined broadly, but in my area a significant focus was First Nations women writers. Interestingly, the challenge coincided with a burgeoning in the publication of First Nations writers, though we should recognise the pioneering role of UQP, which established the David Unaipon Award in the 1980s. UQP has done – and is still doing – an excellent job in this area. In addition, the First Nations Australia Writers Network (FNAWN) was established in 2013, very soon after this challenge commenced, with its inaugural chairperson being the late Kerry Reed-Gilbert.

Anyhow, all this is precursor to the fact that participants read many First Nations women writers over the decade – particularly novels and short stories, memoir and poetry. The writers most reviewed for the challenge were:

Now to the classics. We defined these primarily by age* rather than by “fame” or longevity, because we were keen to bring older writers and works to the fore. Participants rose the challenge, helped along by Bill (The Australian Legend) whose AWW Gen weeks over the last few Januaries significantly boosted contributions to our database.

It’s worth mentioning here too that in 2012, the Text Publishing company started its Text Classics series which, ten years later is, wonderfully, still going strong. They have significantly improved accessibility to a wide range of Aussie classics – by women and men.

Through Bill’s week and our general reading, many little-known or forgotten authors were brought to our attention, like Daisy Bates (1859-1951), Dora Birtles (1904-1992), Jean Curlewis (1898-1930), Mary Gaunt (1861-1942), Myrtle Rose White (1888-1961) and June Wright (1919-2012), to name just a very few. Better known “classics”, like Barbara Baynton, Katharine Susannah Prichard, Henry Handel Richardson, and Christina Stead, again to name a few, were also read, perhaps a little more than they had been. These writers from the past – both known and unknown to us – are the focus of the next phase of the challenge. Watch this space.

Meanwhile, here are our most read “classic” authors over the decade:

As you can see, with the exception of Miles Franklin and Henry Handel Richardson, our most read “classic” authors were what Penguin might call “modern classics”.

Before I list “my” top reviewers please note that the figures only count their reviews for Classics and Literary. All have contributed other reviews too. These top reviewers have been pretty consistent, throughout the challenge:

Many other reviewers posted over 100 Classics/Literary reviews to the challenge. We also had several bloggers from overseas who posted reviews for us. They made a special contribution to spreading the word about Aussie women writers. Nancy Elin, in the Netherlands, was our most active non-Aussie participant, posting around 70 reviews to the challenge (in this category).

As I said at the beginning of this post, a big thanks to everyone who contributed even one review to the challenge. Every review is valuable and we have appreciated your support. But, for now, it’s farewell from this phase. I hope you have enjoyed it as much as we on the team have. I do hope you will stay subscribed to the blog, and join us as we explore some fascinating stories and writers from yesteryear.