A new year and a new focus 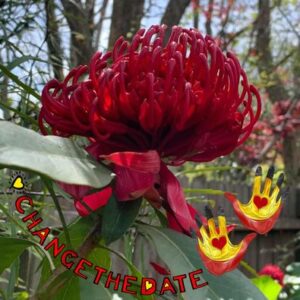 Over the past ten years, as many of you know, this blog has hosted a broad challenge to read and review works by Australian women writers across all genres, no matter the date of publication. A challenge that was initially meant to last for one year has thrived for ten, and I’m very proud of what has been achieved, and grateful to all the work that has gone into keeping it running over the years. (You can check our list of past volunteers here.)

At the end of last year we said farewell to our hard-working co-ordinator and team leader, Theresa Smith, who came on board at the end of 2016, as well as most of our “round-up” editors. Now, with a far smaller team, we’ve decided to change focus. Rather than encouraging reviews of contemporary works, we will use the blog to highlight the writing of earlier Australian women, works published 50+ years ago.

Our rationale: firstly, we’ve been part of a huge movement that has brought much needed attention to the work of Australian women writers. The success of the Stella Prize in supporting and promoting literary writers is indisputable. The success of our own blog in helping to highlight work across all genres may be assessed in time. However small a contribution we may have made, we can agree that change has happened. But what of Australian women writers historically? What of those writers of the 19th and 20th centuries whose work was dismissed as “domestic” or “commercial”, or not sufficiently focused on the blokey culture of the bush that dominated so much early Australian writing?

Scholarship around the world has demonstrated that retrieval of early works by women is an important contribution to redressing the gender imbalance that has haunted the canon for centuries. It’s work I’m happy to contribute to. However, that’s not the only reason for the change.

As you can appreciate, this blog is run by volunteers and all of us have been stretched during the pandemic. Hours spent on this project is also time which could be given to family, paid work, and our own writing and more reading. Importantly, too, it is a huge task to maintain the database for the reviews. Initially I helped out, before caring duties took over during the past few years. For the vast majority of time, the only maintenance work has been done behind the scenes by Sue T from Whispering Gums blog. It’s a huge job, as errors necessarily creep in to the data supplied by bloggers: duplicates, spelling mistakes, irrelevant or dead links. It all takes time to correct, and all the work has been unpaid – thank you, Sue!

While we intend the database of reviews from the AWW challenge 2012-2021 to remain as an archive, we’ll close the “link your review” page – at least for now while we assess the interest in our project on early writers. That doesn’t mean the broader challenge won’t continue in a less formal fashion on other social media platforms. There are two active AWW Facebook pages, “Love Reading Books by Australian Women“, which is open for people with a genuine interest to join, and “Australian Women Writers News and Events“. There’s also the @auswomenwriters handle on Twitter which will continue to broadcast links to the blog.

My hope for the database? In time, I envisage the “stories from the archive” list, which I began for Australia Day in 2017, will be subsumed within a reconstructed database which will include more “author” and “title” information. This work is done by another kind volunteer (thank you, Lewis!), and any change needs careful planning. If we pull it off, it will be an exciting development. The archive is already attracting the attention of scholars and bloggers interested in finding out more about the work of our early 19th-century and 20th-century writers. My goal is to make it much easier for people to find interesting work that has been overlooked, forgotten or has not attracted the attention and acclamation it deserves. Who knows? We might bring to light another treasure like Jeannie Lockett’s Milford Mystery which I discovered in 2017 serialised on TROVE. It was finally collated and published last year – its first ever appearance in book form.

Even without a searchable database, there are still lots of online links to books and shorter works by early Australian women writers for you to explore in the existing “stories from archive” lists. If you discover any gems, please let us know via our contact page, and we’ll mention them on the blog. You never know, another publisher might see your treasure and decide to publish it. That would be yet another huge legacy of the AWW challenge.

Now to introduce our new team and new focus for 2022.

Firstly Sue T from Whispering Gums blog will remain as administrator, editor and contributor, a stalwart since the beginning when the challenge was first discussed on social media at the end of 2011. A longtime enthusiast of early Australian women writers, Sue will continue to help with maintenance, and contribute articles on writers and topics relevant to her ongoing interests in past writers.

Next, we introduce Bill Holloway of The Australian Legend blog. Those of you who have kept abreast of Sue’s round-ups of “Literary and Classics”, as well as her own blog, will already know Bill. For the past many years he has been conducting a week-long decade-by-decade focus on early Australian women writers, and I’m thrilled to announce he will be our new commissioning editor, as well as administrator and contributor to the blog. I’ll leave it to him to introduce his focus as the weeks and months unfold.

Finally I’ll also remain on the team. My main area of interest will be to continue to add to the archive, and to publish short works or extracts that may not be otherwise freely available. One issue I can see for accessing online texts is that it often requires log-in via a library. Although membership of state libraries, for example, is free to residents, not everyone has the time, energy or technical savvy to know how to apply. All works republished here will be long out of copyright, and hopefully we’ll discover something precious. I aim to enter my own exploration of the works with a spirit of inquiry. I won’t necessarily curate the content, but rather I’ll aim to present each text on its own merits and let you decide. Was it overlooked or forgotten for an aesthetic reason, because it reflects dated values, or is simply poorly written? Or was it overlooked because it was written by a woman? You can be the judge.

If you’re interested in joining us for the 2022 iteration of the challenge, please let us know via the comments or the contact page. That’s it for now – and happy reading!

Elizabeth Lhuede, the author of this post, identifies as a peripatetic resident of land unceded by the Garigal, Dharug and Gundungurra peoples. Under the pen-name, Lizzy Chandler, she has had two e-novellas published (Harper-Collins, Escape imprint), one of which has been anthologised in print. In a past life, she taught English and Creative Writing at Macquarie University, where she completed her PhD, the topic of which was “Modernism and Postmodernism in Twentieth-Century Australian Poetry”. At that time she also had poems published in Southerly (editor, Elizabeth Webby) and Imago literary journals.