Bernice May, Impressions of Some Writing Women (nonfiction extract) 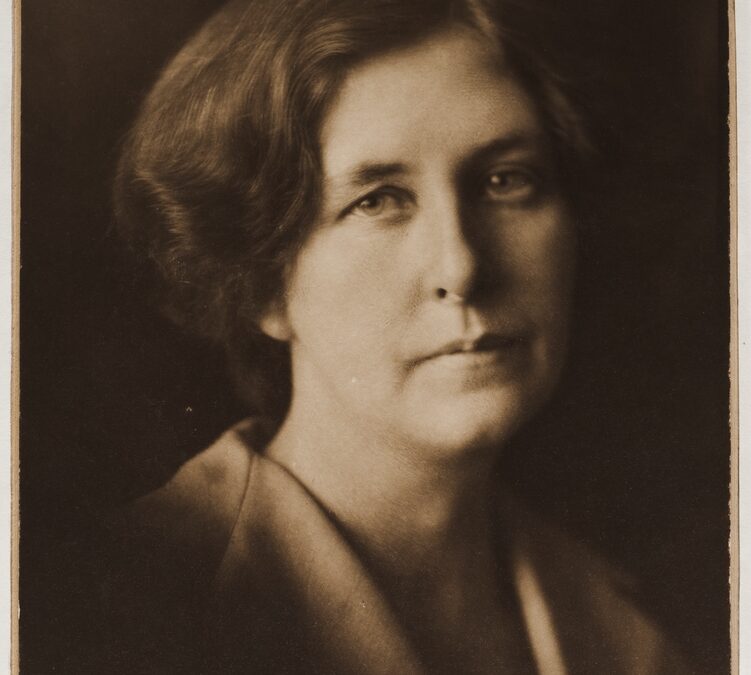 by Zora Cross, writing as “Bernice May”

In his discussion of Zara Cross, Jonathan Shaw referred to the mentoring Cross had received from Ethel Turner, the Children’s Corner editor known as “Dame Durden”, with whom Cross had corresponded as a child. In “Impressions of Some Writing Women”, an article published under the pen-name “Bernice May”, Cross describes her surprise at meeting Turner in person.

Since I had known “Dame Durden” from the age of nine I was sure I had her perfectly fixed in my mind. She would be pretty old, stooped, wrinkled a bit, wearing glasses, dressed in russet-brown…

…I was dumbstruck to find that I was talking to someone who did not look as old as I was, and that under her fair hair a pair of humorous blue-grey eyes were smiling at me. I often wonder if she looked at my flowery hat and blue muslin dress, saying to herself, “And is this the chatterbox from the bush whose bad handwriting has so often made my eyes ache!”

But as I drank tea I realised that I should have expected things to be just as they were. We sat in her study, which looked out on flowers and sunlight, surrounded with books – beautiful books. By-and-bye we talked about my school-story and then went out into the garden and looked down on the sea. It was all as it should have been.

Note: In the article Cross describes her meetings with several other fellow authors, Dulcie Deamer, Mabel Forrest, Nancy Frances (“Black Bonnet”), Mary Gilmore, and Turner’s then young daughter, Jean Curlewis. Elsewhere Cross wrote articles on several other individual contemporary authors, links to which can be found under her name in the 1920s archive list.