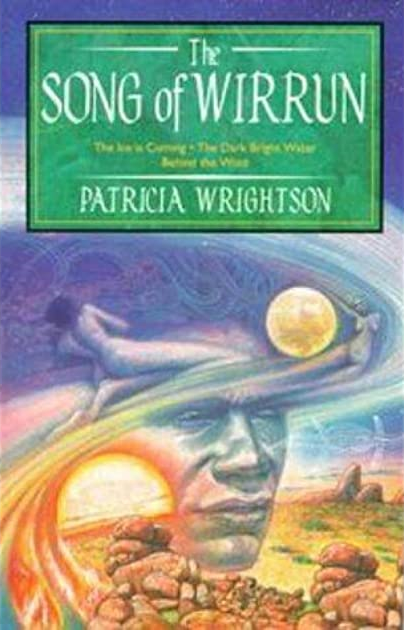 Mermaids. Faeries. Goblins. Dragons. As a young reader these and similar spirits populated my bookshelves and my imaginings.

I particularly loved stories of ordinary children who encountered these creatures. Thrilled to that cross-over between the everyday and the otherworld.

In the books I was reading, as I grew up in the 1980s, Somewhere Else was usually in the UK. Because it was taken as given – I certainly took it as given – that’s also where the mermaids, faeries, and goblins lived. Although dragons, to be fair, usually lived in Tolkienesque worlds of their own: northern hemisphere fantasy worlds populated by northern hemisphere norms. Where to travel northwards was inevitably to move towards the cold; southerners were always untrustworthy (and often ‘swarthy’); and where strange and fearsome menageries never included dingoes or crocodiles. A white hare could be imbued with mystery and glamour; a white kangaroo was never mentioned.

As a result, I never bothered looking for faeries at the bottom of my garden in suburban Melbourne. I didn’t tap on the back wall of my wardrobe, hoping to pass through. Even the Australian bush held no mystery for me and, to the extent I thought about it at all, it was simply the place where the trees and ferns were.

If magic existed – and as a child I fervently hoped it did – it existed Somewhere Else and, by definition, for someone else. Magic wasn’t something an Australian child was ever going to experience.

Patricia Wrightson changed all that for me.

In her lifetime Wrightson published 27 books, which were translated into 16 languages.[1] She was internationally renowned and in 1986, for her services to children’s literature, Wrightson was awarded the Hans Christian Andersen Medal – the highest international recognition given to authors and illustrators of children’s books.

Among many other prizes, she was also a multiple winner of the Australian Children’s Book Council Book of the Year Award for The Crooked Snake (1956), The Nargun and the Stars (1974), The Ice Is Coming (1978) and A Little Fear (1984). Today, the annual NSW Premier’s Literary Awards include the ‘Patricia Wrightson Prize for Children’s Literature’, established in 1999. The prize of $30,000 is offered for a work of fiction, non-fiction or poetry written for children up to secondary school level.

In the The Nargun and the Stars a (white) boy from Sydney, suddenly orphaned, is forced to live with relatives on their farm in southern New South Wales. There he encounters the Aboriginal spirits of that place, and adventures ensue. In An Older Kind of Magic (1972), a group of (white) siblings who live in inner-Sydney meet spirit-creatures in the harbourside Botanical Gardens. The standard tropes of childhood magical adventure, it seems, but completely subverted by the Australian settings and the use of Aboriginal magic. For the 1970s, her work was revelatory.

Wrightson then went a step further: creating a trilogy she would eventually call The Song of Wirrun,[4] where the main character Wirrun, an Aboriginal boy from Sydney, must confront the forces of evil. “Here, in a country young only to its latest settlers but in truth ancient, close to the world’s beginnings, the spirits of the Dreamtime are locked in battle …”[5]

Drawing on Aboriginal stories and culture, Wrightson’s spirit characters held all the power and mystery of 60,000 years of Dreaming – power distinctly lacking in invented colonial fantasies like May Gibb’s saccharine Snugglepot and Cuddlepie.[6]

A gifted and evocative writer, Wrightson opened my eyes (and my mind) to the possibility of magic and mystery that belonged to this place, this continent. She genuinely changed the way I, a white Australian girl from the suburbs, looked at my world. I’ve since spoken with other readers of my vintage, who felt the same.

Wrightson’s novels are no longer in print.

Which is probably for the best.

Wrightson was a white woman from New South Wales who, without seeking permission, cherry-picked her spirit-characters from stories belonging to a variety of Aboriginal groups. That she did so in good faith, with benign intentions, and even with positive outcomes, does not ameliorate the fact of her trespass.

“The borrowing of one culture’s traditions by another is a serious and risky business,” writes American writer and professor Brian Attebery, in a piece about Wrightson. [7] Risky to the writer perhaps, but potentially far more damaging than ‘risky’ to those from whom the traditions were ‘borrowed’.

Mark Macleod, Patricia Wrightson’s friend and publisher at Random House has explained how Wrightson acted as “an enabler, whose passionate commitment to making stories with an Indigenous theme part of the literary mainstream helped prepare readers for the many Indigenous and non-Indigenous artists who followed. The cross-cultural partnership of Dick Roughsey and Percy Trezise, who changed Australian picture books in the 1970s, for example, found an audience already used to thinking of Indigenous subject matter for children as exciting, dramatic and edgy. That is at least partly due to the high-profile success of Wrightson as a ‘real author’ in the education market before them.”[8]

Other commentators are far less sanguine about Wrightson’s acts of appropriation. Attebery notes that “white societies [display] the impulse to acquire whatever is of value in Indigenous culture while consigning the bearers of that culture to invisibility or extinction.”[9]

Emeritus Professor Claire Bradford, in Reading Race: Aboriginality in Australian Children’s Literature (2001), discusses the tendency of white writers to represent Aboriginal people as an undifferentiated ‘Other’ to the white Australian readership. Bradford questions the image of Wrightson as an advocate or defender of Aboriginality. She writes: “To look closely at … these texts is to recognise how the warm glow of Aboriginality conceals its appropriating and controlling strategies.”[10]

Brian Attebery and Mark Macleod both emphasise that Wrightson was careful to use figures from Aboriginal superstition and myth rather than sacred religious beliefs such as creation myths.

This was an attempt to show respect by populating her fantasies with the creatures of folk tale rather than figures of religious significance, but Clare Bradford questions the legitimacy of such a sliding scale, where all supernatural tales are assigned a value – sacred or trivial – according to the white writer’s judgment: “Cinderella and ‘How The Kangaroo Got Its Hop’ jostling in the lowest level, Adam and Eve at the top with the Rainbow Serpent … Wrightson’s use of the term ‘superstitious’ degrades the narratives that she claims for her own purposes.”[11]

Attebery and Macleod both attempt to frame Wrightson’s work as a positive bridge between Indigenous and non-Indigenous cultures. Mark Macleod writes, “The reality is that there are Indigenous and non-Indigenous Australians and they need to find ways to coexist. Their histories and mythologies are different; their values often seem diametrically opposed. [Wrightson’s] project to try and create a pan-Australian imagery therefore rests finally on the idea that all they really have in common is the land.”[12]

Attebery, however, digs his own grave: “No amount of care can make [Wrightson] into a tribal elder, nor can her use of Aboriginal folklore ever be fully ‘authentic’. However, she can become… a participant in the reshaping of tradition for a modern world in which authenticity is an inaccessible ideal.”[13] To trivialise Aboriginal cultural and spirit stories as mere folklore, and to claim that authenticity is an inaccessible ideal is both patronising and an act of erasure. And, given the brutal history and ongoing racial impacts of the Australian colonial project, it is not for white writers – no matter how well-intentioned – to draw on Aboriginal stories in order to determine and create any kind of ‘pan-Australian imagery’. Bundjalung descendant and poet Evelyn Araluen calls it a trope; calls it “misappropriated cryptomythology”.[14]

The first Aboriginal children’s book written by Aboriginal people was The Legends of Moonie Jarl, published in 1964. Wrightson’s first novel was published in 1955, her last in 1997. Wrightson was – arguably – displacing would-be Aboriginal writers, rather than paving the way for them.

Yet despite the barriers, Australian Indigenous voices, and their Indigenous stories, have been gaining a foothold in the Australian publishing landscape. The work is far from over but there is now a range of excellent First Nations titles for children to choose from – genuinely authentic stories exploring many aspects of First Nations people’s culture and life experience.

Quite rightly, that’s also where today’s non-Indigenous Australian children can discover the mystery and power of the Country on which they live.

Despite how wonderful I found Wrightson’s books when I was a child, why on earth would I today give a child a book to read about Indigenous Australia that was written (without permission, without authority) by a non-Indigenous writer?[15]

Wrightson’s pastiche stories are no longer required – if indeed they ever were.

Some will no doubt raise some spurious arguments about ‘freedom of speech’, or the obligation to ensure that a fiction writer’s imagination should know no limits, or that Wrightson’s works have to be viewed within their historical context.

When so much has been stolen, how can anyone possibly argue that the theft should continue?

In preparing this post, I drew heavily on some insightful bloggers who had covered this ground before me. To explore the issues surrounding Wrightson’s work in further depth I can commend to you:

[15] And I say that as a non-Indigenous writer who has written a book with, and about, an Indigenous man (a book written with his permission, with his authority, and with his trust).

Michelle Scott Tucker is the author of Elizabeth Macarthur: A Life at the Edge of the World (2018). And she is co-writer with Aaron Fa’Aoso of his upcoming memoir So Far, So Good, due out Sept 2022.