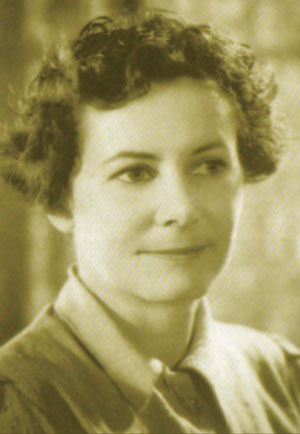 This review was in The Cumberland Argus and Fruitgrowers Advocate (Parramatta, NSW : 1888 – 1950), dated Thu 28 Jul 1932, so, the year Slow Dawning was published. While you would think it was syndicated from a larger paper, there is no sign of it anywhere else in Trove.

The late Dowell O’Reilly, who represented Parramatta in the [NSW] State Assembly in the nineties, had great literary talent. His exquisite little work, “Tears and Triumph” is generally conceded to be the finest literary cameo ever produced by an Australian writer.

Dowell’s genius appears to have been inherited by his daughter, Mrs. Eleanor Dark, of Katoomba. For many years she has contributed verses and stories to leading Australian publications, over her maiden name of ”Pixie O’Reilly”, and now she has succeeded in having a novel published by John Long, of London.

The book, “Slow Dawning” bears the author’s married name Eleanor Dark. It is exceptionally well written and is intensely human. It centres about a young woman doctor who is very modern and has scrapped all the Victorian age pruderies and inhibitions.

Naturally, she becomes the victim of the scandal mongers and her practice is almost ruined. But she is a stalwart fighter.

The interest never flags. One is carried through a rapidly moving story in a graphic style, which is clear, definite and virile. All the characters are real and the dialogue is as crisp and natural as a good conversation. The outstanding characteristics of Mrs. Dark’s English are its clarity and sense of rhythm – no artificial iambics, but. the natural cadences of first class prose.

Sex is handled fearlessly and without explanation. In this respect the book may shock older generations. Nevertheless, there is no suspicion of nastiness. It is straight speaking, not filth. “Slow Dawning” is a valuable addition to Australia’s works and worth reading.

The photo above, of Eleanor Dark by Olive Cotton, is from an article titled Eleanor Dark’s Slow dawning: a woman in rural practice in the 1920s … from the Medical Journal of Australia.