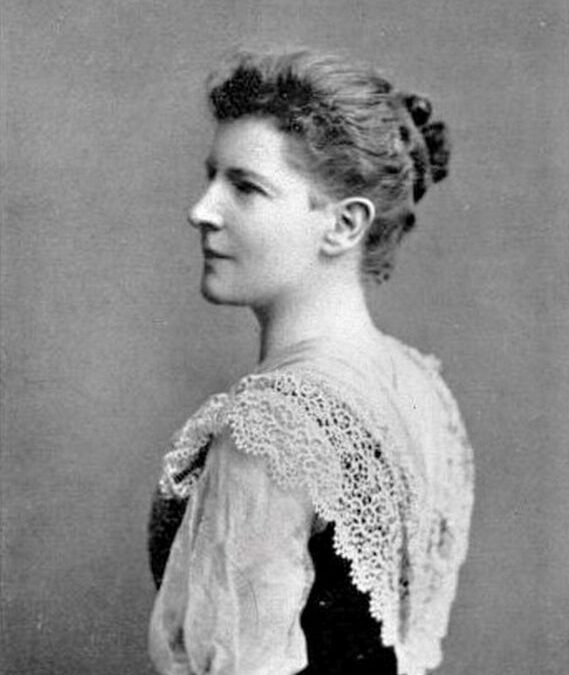 A jollie good booke,
Whereon to looke,
Is better to me than gold.
– Old Rhyme.

Madam, Although the Bush Book Club of New South Wales has been so frequently and so kindly mentioned in this page, I am glad of the opportunity your courtesy affords me to lay before your readers some account of its origin and progress, and the present seems to me a good moment, since the fete which is to take place at Greenoaks on Friday next has awakened interest in the Bush Book Club for the benefit of which it has been organised.

A year ago Mrs. Withers, now our secretary, originated the idea of sending books, collected among her friends and from the public, to the lonely places in the bush, and to her, therefore, belongs the credit of founding the Bush Book Club. After several busy months of preparation we who had joined Mrs. Withers in her venture called a public meeting, and asked those who attended it to show their sympathy with the movement by subscribing to our fund by sending us books and magazines, and by finding places in the bush where books were badly needed, and where the services of a competent branch-librarian could be obtained.

We did not get much money, but the response to our appeal for books was generous, and we have now over 4000 books and a great quantity of magazines. Forty branches have been established in the bush, and our staff of honorary workers, which consists of a librarian, censors, menders, coverers labellers, packers, and despatchers, has plenty to do. Doctor Mackellar has lent us a room at 183 Liverpool-street until next May; Mr. Lockley allows our committee to meet at his library; and Mrs. Withers has proved an inspiring as well as an untiring secretary. I may add that we have the warm sympathy and support of his Excellency the Governor and Lady Chelmsford. Our subscribers in the bush pay 2s a year, in return for which they got two books at a time from the branch library in their district.

We have no debts, but we have so small a balance in hand that I felt it was necessary to make a special effort to raise money if I meant, before leaving Australia, to provide a little “dowry” for the promis-ing child which Mrs. Withers placed in my arms as a baby a year ago. We want to be able to pay the rent of a depot and office in Sydney, and it is to that end that our fete on Friday is being held. It would distress me very much when I go-as go, alas! I must-to leave the Bush Book Club in-adequately provided for, and I ask the people of New South Wales, here and now, to help it, and not forget it after I am gone; not merely as a personal favour to myself (to whom they have ever been kind but for the far better reasons that books are truly appreciated by those to whom we send them, and that the Bush Book Club is actually a “going concern,” and worthy of continued support. The following quotations from the letter of a branch librarian, at the “back o’ Bourke,” will show what books can be to the bookless:-

“The branch (Barringun) was officially opened on July 16. . . . Three cheers were given for Lady Poore and the Bush Book Club, and the librarian was asked to convey this expression of gratitude to Lady Poore and the members of the B.B.C. . . . We are very much pleased with the selection of books sent. You should have seen how ravenously the books were sought. . . . We have not nearly enough books to go round. The magazines were ‘rushed,’ … If you could only see the pleasure you are giving in this part you would be rewarded for your trouble.”

This branch is sending us carved boomerangs and emus’ eggs to sell at our fete, and the librarian has offered to make Barringun a centre whence other branches can be “fed” with books; so we mean to send Barringun far larger parcels for the future.

Those books which are now on their travels throughout this State cannot last for ever I should, therefore, like to remind your readers that the supply of books will have to be a perennial one, and the reservoir into which they should be poured is at present 183 Liverpool-street The parcels should be addressed to Mrs. Withers, and the sender’s name and address written on a slip of paper, enclosed in