‘Writing in the Light’: Roundup of Queer/Lesbian Australian Women Writers 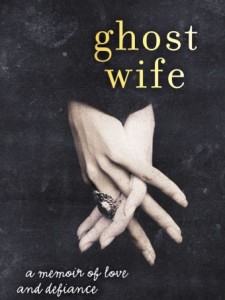 Visibility, invisibility, ghosts, mirrors, shadows … all these are terms that have appeared in the posts by lesbian/queer Australian women writers this month. Michelle Dicinoski, author of the memoir Ghost Wife, commented that ‘when you are a gay or lesbian or queer or trans writer, or a writer with disability, or a writer of colour, maybe you are always writing in the light, always aware in some way of your own shadow.’  Performance poet Eleanor Jackson also wrote about being in the light on a stage.  She described the discomfort that comes from being aware ‘that what I look like, as a woman, as a queer woman, as a woman of colour (light-skinned or otherwise) says something to an audience that I cannot always control, let alone neutralise.’  Yvette Walker, author of Letters to the End of Love, describes how lesbian/queer writers dip in and out of vision, ‘We appear. We disappear. We are in. We are out. Our history (such as it is) has mostly been made on the run, written in code, whispered from one generation to another.’ This history of appearing and disappearing, of glimpses and readings and mis-readings of identity, echo Terry Castle’s words in The Apparitional Lesbian: ‘When it comes to lesbians … many people have trouble seeing what’s in front of them.  The lesbian remains a kind of “ghost effect” in the cinema world of modern life: elusive, vaporous, difficult to stop – even when she is there, in plain view, mortal and magnificent’ (2).  As Castle details in her book, this ghosting has happened for centuries, and our guest writers’ posts, with their meditations on appearing and disappearing, show that it’s still happening.

So, what can one do to increase the representation of queer/lesbian women writers?  How can one, as Eleanor writes, ‘eras[e] the kind of shame that has been appended to those categories’ and draw into question ‘the assumptions we all make about what is good, what is normal, what is acceptable, and what is valuable’?

You pick up a book.

‘You ask,’ as Yvette writes, ‘who am I, and somewhere, someone will answer you back.’  She found answering voices in Elizabeth Bishop and E.M. Forster, and I compiled a list of Australian lesbian/queer women writers so that there would be other voices for readers to find.

These voices were also to be found in crime fiction by lesbian/queer Australian women writers, as detailed in Bernadette Bean’s post on lesbian characters, and in interviews with two wonderful crime fiction writers, Katherine Howell and Lindy Cameron.

Lindy also suggested that straight writers shouldn’t ‘be nervous about including queer, gay, lesbian, trans and bi characters’, while readers can ‘read more widely. Don’t be put off if you think the book is ‘full’ of lesbians or gay guys.’

To this end, it was fabulous to see AWW participants reading and reviewing books by Australia’s lesbian/queer women writers.  Writer Amanda Curtin reviewed Andrea Goldsmith’s The Memory Trap, a work about the entrapment, the different faces of memory, and unrequited love.  She liked the book well enough to chase up Goldsmith’s other works – as she mentions, a good endorsement!

Sally from Oz loved Katherine Howell’s Deserving Death, writing that ‘I always briefly worry before I open a new Katherine Howell book that maybe this book is going to be the one that doesn’t quite make it when compared to the others, it never is – it’s always amazing.’  She also appreciated the way Howell made her characters human, by detailing their personal as well as their professional lives.  Howell talks more about this novel in her fabulous interview with AWW contributing editor Marisa.

Marilyn of Me, You and Books reviewed Finola Moorhead’s A Handwritten Classic.  Moorhead’s Remember the Tarantella is one of Marilyn’s favourites, and she also enjoyed this earlier book which is ‘a compilation of [Moorhead’s] thoughts and definitions during two specific weeks of her life and is full of spontaneity.  It is literately a visual reproduction of what she wrote by hand; meaning that the reader must figure out what words are before addressing their meaning.’  Moorhead is not, Marilyn notes, ‘an easy author to read, especially if you prefer writing that is clear, linear, and conventional’, but often this makes for more rewarding reading. There were two reviews of Nike Sulway’s speculative fiction novel Rupetta – one by Jane from GoodReads, who found the writing ‘liquidly delicious’, while the world that Sulway created was ‘brilliantly imagined and purely itself’, although she felt that perhaps too many ideas were canvassed.  I came across this book while compiling the list of queer/lesbian women writers and it knocked my socks off.  You can read my review here.  I also reviewed Michelle’s beautiful memoir Ghost Wife, which I loved for its poignancy and humour.

All these stories contribute to the process of recognising and increasing representation of lesbian/queer women writers, although categorising writers like this is of course problematic.  As Indigenous author Anita Heiss commented at a salon at Avid Reader for the Stella Prize on International Women’s Day in 2012, ‘I don’t want to be pigeon-holed as a black woman writer, I just want to be a writer.’  However, this takes time, and until then we need stories to, as Eleanor notes, ‘make “other” people, gay people, ethnic people, less unfamiliar’ so that ‘perhaps we will recognise their intrinsic humanity more easily.’

And as Michelle observes, ‘The world bubbles with stories about different kinds of lives, but often we don’t hear much about them’.  Thank you to AWW’s readers and reviewers for listening to those stories and increasing the knowledge and visibility of Australia’s lesbian/queer women writers – I hope you’ll keep reading their works.  Also, the winners of our book giveaway are Marilyn of Me, You and Books, and Sally from Oz!  I’ll be in touch about getting your books to you.

Thank you also to our wonderful guest writers, AWW editors, and to Katherine and Lindy for your contributions, which have made March an exciting and rewarding month!  I’ll be back at the end of April with my regular diversity roundup.

I’m Jessica White, a novelist and researcher, and I’ve been deaf since age 4 when I lost most of my hearing from meningitis.  I have a PhD from the University of London and have published two novels with Penguin, A Curious Intimacy (2007) and Entitlement (2012).  I’m currently writing a book of creative non-fiction on Queensland novelist Rosa Praed and her deaf daughter Maud.  You can find more information about me at my website.  I’m also on Twitter @ladyredjess.