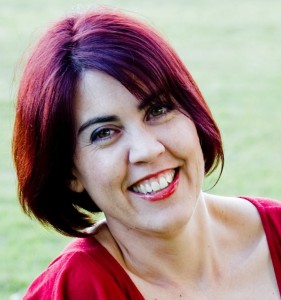 Two years ago, Elizabeth Lhuede, founder of the Australian Women Writers Challenge, approached me to become editor for the AWW in the area of diversity. She had read a blog post I’d written for the challenge on Eva Hornung’s Dog Boy, in which I discussed the way Hornung played with the supposed division between human and animal, and how people with disabilities have been perceived and treated as animals. As editor for AWW over these years, my own awareness of diversity has increased exponentially, as has my appreciation for women who write about diversity, or who are of diverse background. It seems apt, then, to write a post for our focus on women writers with disability, for it was my deafness which led me to writing and to the AWW Challenge.

We have a book giveaway for all the guest writers this month: Honey Brown’s latest novel, Through the Cracks, Donna McDonald’s The Art of Being Deaf , Kate Richards’ Madness: A Memoir, and my own novel, Entitlement. If you read and review a work by an Australian women writer with disability, or a work by an Australian women writer that features a character with disability, you’ll be in the running for one of these books! Links must be posted by 30th September through this form. You can also find authors on our list of Australian Women Writers with Disability.

The Consolations of Deafness

It was a morning in early summer. Nearly four years old, I lay on the pale blue trampoline beneath the apricot tree, my head, neck and shoulders awash with pain. The light chill in the breeze scraped against my skin and the sunlight, normally soft and dappled, speared through the green leaves of the tree.

My mother appeared at the side of the trampoline.

‘How are you feeling?’ she asked.

I shook my head, unable to answer.

My mother stood there for a few minutes, unable to quell a sense of disquietude. She went inside, changed her farm clothes for a skirt and blouse and collected her handbag.

Back outside, she said, ‘We’re going to town to see the doctor.’

When the local doctor in saw me, his movements became quick and urgent. He suspected meningitis: I was to go to hospital immediately. After another hour of driving over country roads, we reached the hospital, where doctors gave me a massive dose of antibiotics. I lived, but I also lost 75% of my hearing. When I was better, my mother took me to day care on Wednesdays. One day Mr Tony, who was to be my itinerant deaf teacher when I started school, paid a visit. In play he chased me through large cement tunnels and around the swings, but I was anxious rather than amused: was I playing well enough? Was I being like the other children? A sense of soreness around people, of not knowing how to deal with them, had arisen.

My father was a farmer who couldn’t leave the land, and I was too young to be sent to a boarding school for the deaf in Sydney, an eight-hour drive away, so I attended the local public school. From Year Seven, my deafness began to cause problems. Adolescents navigate puberty through interaction with their peers, but I was never able to overhear enough to understand how to chat naturally, gossip, or flirt with boys. My parents coached me on making small talk, but I couldn’t understand the point of expending so much effort and anxiety for a chat about the weather. Instead I sat alone on the cold steel benches at lunch, the crusts of my sandwich scraping against my throat as I swallowed.

I made it through school by working hard and immersing myself in books to avoid talking to people. On the bus to and from school, I either read or stared out the window at the country passing by. Every afternoon I swapped my school shoes for joggers and ran through the paddocks in a desperate bid to shed my stress. I lost so much weight that green and purple bruises dotted my skin from a vitamin deficiency. When I reached my final year, my mother bundled me off to a careers adviser, who told us that I needed a creative outlet, rather than running, for the frustrations of deafness. As soon as he mentioned the creative writing course at Wollongong University, I knew this was what I wanted to do.

Studying literature and creative writing set my mind on fire. From my English lecturers I learned about women’s writing from the 14th century onwards, and realised I could become part of that lineage. In the creative writing department, my teacher Deb Westbury told me that, to improve, I needed to write for fifteen minutes every day. Ever dutiful, I did so, and at the end of the year another teacher, John Scott, jokingly asked if I’d been drinking. I still hadn’t found the knack of making conversation, so I wasn’t partying. Instead I stayed in my room, working late into the night, gripped by the fever of writing. The word consolation comes from the Latin consolari, which in turn stems from the words con (with) and solari (soothe). A perfectionist who was self-reliant and preferred to solve problems on my own, I found writing an ideal vehicle through which to alleviate the embarrassment and psychic pain that came when I had mis-heard a phrase and said the wrong thing in reply, or when I was standing on the outside of a group, unable to participate because I could not hear. Every evening I poured my distress into a journal and, by the time I laid down my pen, I felt slightly more in control.

In the bush too, or when I was running across the paddocks, there was none of the anxiety caused by trying to act naturally around other people. Instead, there was the blissful silence of hills; wattle bursting against a palette of pale green and grey trees; exhalations of locusts rising from the dry grass; and a black snake I nearly stepped on, which looped away over a fence. As I grew older and learnt about my family’s history, however, I realised that I could never claim to belong to the land over which my feet had pounded. Kris Olsson once said to me that by the time you reach your second or third novel, the themes which trouble your unconscious begin to form a pattern. Inevitably, my first novel A Curious Intimacy was about ostracism. A small community’s expulsion of a mentally unwell young mother mirrored the actions of my peers at school, who would not – or could not, given their age – take me into their fold. My feelings of alienation have carried through to the novel I’m currently writing, The Sea Creatures, in which the protagnoist Clare strives to belong but can’t, because aspects of her body make her different to everyone else in her community. At the same time, nature offers a respite: Ingrid, the botanist of A Curious Intimacy, finds solace in the bush and its delicate orchids and trigger plants, while Clare of The Sea Creatures needs the ocean like air.

My growing awareness that the country on which I was raised was not my own has at time contributed to my dislocation. Sometimes when I see a landscape, now, I see ghosts within it, and wonder who they were – a line of enquiry that led to my second novel Entitlement. Being unsettled is not always detrimental, however, for I believe that to be fixed in one’s identity leads to staidness and complacency, and that to traverse and to question leads to inventivess.

The soreness which began with meningitis never really went away, but the consolations have been great. Through deafness I found creativity, the ability to empathise with others, the succour of nature, a relentless curiousity about why and how things happen, and above all, writing, my raison d’être. Being peculiar might bring loneliness, but it also renders the world beautifully rich and strange.