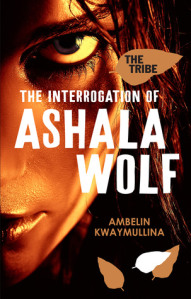 The Australian Women Writers Challenge is committed to diversity and to raising the profile of women writers who are Indigenous, of migrant heritage or ethnicity, queer/lesbian, or who have a disability. In 2014 we achieved this through spotlights, guest posts, interviews, and round-ups which highlighted books reviewed by AWW Challenge readers in these categories.

As diversity crosses so many categories, it’s not always easy to keep statistics on the number of books that were read. However, this year we have an excellent sorting system coming care of our committed web volunteers which will help us to track the numbers more accurately. Below is a summary of works which were reviewed throughout 2014. Altogether there were 38 reviews of books by Indigenous authors, which is 7 fewer than last year. In July, I was delighted to interview Ambelin Kwaymullina in celebration of NAIDOC week. Ambelin followed up with a guest post in October with reading recommendations for books by Indigenous women writers.

Here are the main works by Indigenous women writers which were reviewed:

You can also check out the others on the Indigenous women writers listings page. Let’s hope we can get our numbers back up in 2015! We include this category in recognition of the fact that Indigenous people are important threads in the fabric of Australian life, but people who write about them may not be Indigenous themselves. Books reviewed this year included:

Some 26 other titles can be found on our Indigenous Issues review listings page. March was jam-packed month with our focus on lesbian/queer women writers. We had guest posts from Michelle Dicinoski, Eleanor Jackson, Yvette Walker and Bernadette Bean, and interviews with crime writers Katherine Howell and Lindy Cameron.

This is by no means a comprehensive account of all the lesbian/queer writers reviewed! If you’d like to discover others in 2015, head over to the list I put together of lesbian/queer women writers. This category is comprised of both authors of diverse background/ethnicity and those who represent such characters in their works. Reviews of books by such authors included:

There were 14 reviews of Honey Brown’s new novel Through the Cracks (14) and Gillian Mear’s Foal’s Bread (2), while reviews of books with characters with disabilities included Anna Romer’s Thornwood House (5) and Joan London’s The Golden Age (4).

Thanks to our Challenge Participants! Thank you so much to all our reviewers who took the time to pen their thoughts on books about diversity, including Marilyn Brady, Sue of Whispering Gums, Sean the Bookonaut, Jon Shaw, Maree Kimberley, Dark Matter Zine and Jane Rawson. Writers are always appreciative of readers who think about and respond to their works, and it’s fabulous to see so many reviewers engaging with books that showcase diversity.

If you’d like any suggestions for books to read during 2015, our Diversity page has links to lists of books by Indigenous writers, queer/lesbian writers, writers with disability and writers of diverse/ethnic heritage. Otherwise keep on with your amazing reviews – I’m really looking forward to reading them in 2015!

I’m Jessica White, a novelist and researcher, and I’ve been deaf since age 4 when I lost most of my hearing from meningitis.  I have a PhD from the University of London and have published two novels with Penguin, A Curious Intimacy (2007) and Entitlement (2012).  I’m working on a book of non-fiction about Rosa Praed and her deaf daughter Maud, as well as my third novel, The Sea Creatures, which won funding through the Australia Council’s new Artists With Disability program.  You can find more information about me at my website.  I’m also on Twitter @ladyredjess.