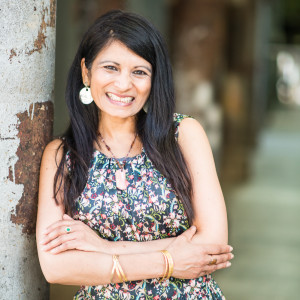 The third writer for our focus on Australian women writers of migrant heritage this month is Michelle Cahill. Michelle writes poetry, fiction and essays and is the editor of Mascara. She has received grants from the Australia Council and the Copyright Agency. She won the Hilary Mantel Short Story Prize (a fantastic achievement!) and was shortlisted in the Elizabeth Jolley Prize. Her debut collection of short fiction is Letter to Pessoa (Giramondo). In her elegant piece below, she discusses the lack of representation of women of colour in Australia’s literary scene, and the problematic application of labels.

To say that the writing industry in Australia privileges some women is to take account of our literary preoccupations. Look at the covers of literary journals, Google the prestigious literary awards, or indeed consider the Creative Writing academic staff at Australian universities and you witness the relations between white subjectivity, institutions and power in the cultural sphere. The ubiquity and unmarkedness of whiteness makes its almost narcissistic visibility seem benign. White privilege is so deeply and historically inscribed that the advantage it confers is overlooked, even to writers of colour. A seminar to be held next week at the State Library of NSW, on the topic of ‘The Retrospect: Australian Women’s Writing’ does not appear to have included an Aboriginal writer or a writer of colour.

CALD writers often prefer to write from the fringe in post-identity tropes. In my debut collection, Letter to Pessoa, the stories evince a questioning of identities, absorbed in contingencies, in fragments and an intertextual, gender-crossing voice. Reading and writing become as necessary and as playful as meaning. But some of my protagonists have mixed ancestries. Other characters are refugees; migrants, mothers or exploited workers. The textual and aesthetic experimentation has political themes and my guess is that these subtle intersections are possible because the fictional world is autonomous.

In the real world, we need proactive initiatives for those marginalised by the dominant cultural narrative. Interceptionality can reframe the narratives and dialogues which shape us as complex individuals. As informed responses, our interceptions might be humorous, or braced with anger when we refuse to be ‘authored’ by the centre. Interceptionality is about claiming the extent and scope of our subjectivity without being censored or requesting permission. For every textual exchange we intercept, an alternative space opens, one that is neither reformed nor recalcitrant. Though transitional, this textual event stages a space from where we speak as equals. After discussions with the Rose Scott Women Writer’s Festival last year about the need to involve more diverse women, I was invited to be a guest speaker. I was among the first South Asian Australian writers to contribute to this particular festival, on a panel about writing from the personal. Why is it important to acknowledge such precedents? We need to quantify the precincts of whiteness; we also need to map the spaces of our absence; we need points of reference, a fixed scale, a rationale and a critical discourse connecting statistical data and reformative changes with diversity. Interceptionality takes our work from theory into activism. Consider how many CALD women writers with vibrant, intelligent voices have suffered from stifling stereotypes and restricted readings of their work, if they are lucky enough to be published!

So, to return to the Rose Scott Women Writer’s festival, why does the personal matter for contemporary fictions? I think the personal matters because of the heterogeneity of our stories, our unique ancestries and our private myths. We are enriched by this diversity of women’s voices, their accents, surprising stories, their varied feminisms. It feeds our curiosity; it feeds our hunger for the thrill of reading books not despite, but for their differences from the heteronormative, from mainstream genres, from liberal or historical brands, from urban realism, from the contemporary pastoral, from the Euro-cosmopolitan.

As a category, the White Australian women’s narrative speaks for itself, historicising its erasures, renegotiating a patriarchal past. It has no need to be named. In spatial terms it is defined by what lies outside its demarcations and borders: Aboriginal resistance, multicultural ghettoes, minority cohorts, which are themselves arranged into heterogeneous alliances and hierarchies. When books written by white Australian women writers get reviewed in journals, their identity and authenticity is rarely, if ever, questioned. This allows their work to be appraised without preconceived assumptions. Maxine Beneba Clarke has audaciously described the experience of being authored by criticism. Australian critics and the creative writing industry may be more invested in positioning us as writers, rather than appraising the book being reviewed. Not only is the personalising style of reviewing sporadically fraught with biographical distortions or even inaccuracies, it becomes a limited reading, effectively reducing appraisal of the book, regardless of whether or not that book is deserving. This is deeply problematic because the actions and speech of writers of colour often arise at the intersections of race, gender and class, a multiplicity that the theorising academy cannot ‘represent’. The onus should be on academia to sensitively and accurately engage with our work.

But the opinionated armoury of official bias and mediation is foreshadowed by historical gaps, archival inaccuracies and erratum. How have Aboriginal, Eurasian, mixed-ancestry and other métis narratives been mediated? In the 19th century, European racist philosophy regarded métis populations with distaste and suspicion, as ‘a confusion of categories’ that threatened to undermine moral principles. Derisive attitudes prevailed, to position European knowledge and capital. Such attitudes may persevere in the presumptions and reservations evidenced by some critics. We need to talk about these things.

In Australia, discussions and disclosures of racism affecting women writers have surfaced. But they are not sufficiently nuanced to take into account the disproportions and intersections within minority groups. ‘Ethnic’ writers in the past have often been representative of nations: Greek-Australian, Italian-Australian, Vietnamese-Australian and so on, though more recently writers such as Ellen Van Neerven, Maxine Beneba Clarke, Rashida Murphy, Julie Koh, Debbie Lim, Tiffany Tsao, Michelle Wright, myself and others have described a multiple heritage. This brings us to one of the central issues that continues to be problematic: why does the use of naming and labels apply only to non-White writers? From what national category are we supposedly diverse? The underlying assumption is that we are displaced from the norm of White Australia. In the UK labels have shifted from BAME (Black and Minority Ethnic) to include ‘Visible Minorities’ or the American term ‘POC’, (People of Colour). But it is always going to be contentious and excessive.

Whether women writers are Aboriginal, Anglo-Indian, Burghers, Eurasians, Malaysian-Singaporean or Afro-Caribbean Australians, their genetic complexities seem to require naming only if they are different from ‘whiteness.’ This should tell us that ‘whiteness’ has boundaries. And yet, regardless of labels, many of these women are writing about discrimination obliquely or subversively.

The ambivalence of labels and the intersections of race, class and gender for Australian women require that these conversations become more flexible and nuanced as we negotiate the next phases of multiculturalism. The forecast is not all pessimistic. While countries like the US and UK have moved to the Right against racial tolerance, many women in Australia are beginning to speak and to write with audacity and complexity about race.