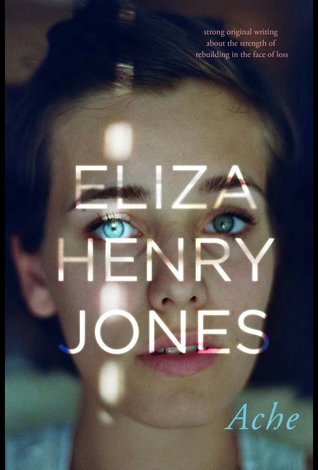 Author Karenelee Thompson introduces us to the work and life of Eliza Henry-Jones, whose second novel, Ache (Harper Collins), is released today. Eliza Henry-Jones writes so lovingly and confidently of all things country, I was convinced she must have grown up on a farm. In reality, she had a suburban upbringing but it was interlaced with visits to extended family’s properties and it seems she felt at home surrounded by chickens and cattle. That comfort in the smell of lucerne and the roll of the hills translates easily onto the page.

The author recently drove past her uncle’s house. The farm with its giant aloe vera plants has been subdivided and the house that she lovingly remembers by its sights and sounds and smells is nothing more than an empty cyclone-fenced block.

Whilst idyllic in some ways, Henry-Jones’ youth also toughened her in that typically Australian sense. From the age of fourteen, she worked after school, setting off before 8.30 in the morning and not making it back until after 9.30pm. Her love of Australia shines not only in her work but also in her memories. When I asked her about interesting travels, she cited a trip she took with her [now] husband, driving around Australia in an old van for three months. “We went straight through the centre and up to Darwin, and got to splash in Lake Eyre, which was incredible.”

In the Quiet, released in 2015, which I recently reviewed  was very well-received and I suspect many have been eagerly awaiting Ache, the second of the three she is signed with Harper Collins for. It is released today and I am confident that readers who connected with her first novel will find themselves firmly in her court with Ache.

While Henry-Jones didn’t consider herself under pressure after signing the three-book deal, she does comment that the writing process shifted slightly. “I wasn’t writing for myself anymore. I was imagining my agent reading it, my publisher, my editor – everyone.” After a period of slight uneasiness, she shifted back to do what she does well: writing joyfully with the knowledge that people will either respond positively to her work or not. It is hard to imagine anyone not connecting.

After working her way through a psychology degree, she sounds delighted to be a fulltime writer, something she never really believed would happen. She works from home in country Victoria where, with time and space, she writes “Outside, at my desk and (I know it’s bad) sometimes on the couch or in bed.” Her husband reads everything she writes (they met in a creative writing class) and she is grateful for her good fortune.

As a writer with boxes of unpublished manuscripts myself, I was heartened to learn that Henry-Jones has written a manuscript a year since she was fourteen and, while she might call some of them “terrible”, there’s at least one with potential. Interestingly, it was the manuscript prior to In The Quiet that first alerted an agent to her abilities. “Luckily,” she says, “by the time all the publishers had passed on it, I’d written In the Quiet.

And that’s a great lesson to pass on to all emerging writers . . . just keep writing.

Henry-Jones says it is the looking to the next project that has helped her enormously, allowing her to continuously hone her writing skills and to help keep her on track emotionally. The author’s advice to other writers is to “read everything you can get your hands on” and pay attention to proofreading, making use of someone trustworthy to read your work before sending it out.

In our discussion about In the Quiet, Lisa Hill of ANZ LitLovers wondered if Henry-Jones had dreamt of her narrator Cate, who watches events unfold and relives old wounds after her death. But it seems Cate was one of those miracle muses who appear magically to help write their own story. If Cate was real, she would have been pleased to land into such sure hands.

Ache is a novel of loss, grief and I am looking forward to bringing you my review for AWW Challenge then. About: Karenlee Thompson is only a little bit scared of heights, marginally frightened of the dark, and a teensy bit claustrophobic. She has had poems, short stories, and literary essays published and her first novel 8 States of Catastrophe was published in 2011. Her latest release, Flame Tip (Hybrid Publishers), was featured on the AWW blog in March. She was a finalist in the Tasmanian Writers’ Prize in 2015, 2016 and again in 2017 (with the anthology being launched in September through Forty South Publishing). She also made the short-list of the 2016 Hal Porter Short Story Competition and was published in last year’s The Big Issue Fiction Edition. You can connect with Karenlee via her website, on Facebook and on Twitter.