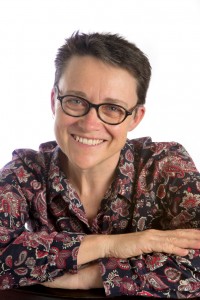 In line with AWW’s commitment to diversity and emphasis on marginalised writers, we’re holding a focus on lesbian/queer women writers in May. We’re delighted to kick off with a fantastic post from Kelly Gardiner about tomboys.

Kelly’s latest book for younger readers is 1917: Australia’s Great War. It has at least two tomboys in it. Her previous novel Goddess was based on the life of the remarkable Julie d’Aubigny, also known as Mademoiselle de Maupin – a 17th century opera singer, crossdresser and swordswoman. Kelly’s other books include the young adult novels The Sultan’s Eyes and Act of Faith and, for peak tomboy, the ‘Swashbuckler!’ trilogy for kids: Ocean Without End, The Pirate’s Revenge and The Silver Swan. She teaches writing at La Trobe University.

Five have a tomboy adventure When I was growing up, there wasn’t really such a thing as young adult fiction. I read books by Ruth Park, Rosemary Sutcliff, Enid Blyton and Dodie Smith, and nineteenth century gems like Seven Little Australians, Little Women and The Railway Children, before I moved straight on to My Brilliant Career, Jane Eyre, and Pride and Prejudice.

It was easiest to find British or American books. Most were about brave young chaps and plucky girls, and taught me all I needed to know about discovering spies or buried treasure, or the horrors awaiting if I was greedy or defiant. And how to sail a boat on a lake.

I didn’t have a boat – or a lake, for that matter. I grew up in a bushfire-prone outer suburb tragically devoid of smugglers or ruined castles, but was at least fully aware of the dangers of overhanging gum tree branches (if only I’d warned Judy Woolcot). Unlike Jo March in Little Women, I had no sisters, spent my days playing kick-to-kick in the street with my brother, my evenings reading with the torch under the blankets, and waited for Disneyland on Sunday nights in the hope of a Hayley Mills film. I can still taste the childhood longing to engage with story, to feel connected with characters – to imagine myself in the story. We all feel that. But some of us feel it more desperately than others, because we so rarely read stories about ourselves. Instead, we have to read our lives in between the words on the page.

Kelli M Sellers reminds us of the gendered nature of the act of reading, and the impact of feminist or proto-feminist texts on young women. She writes:

‘Books, like girlhood, then, create what Sally Mitchell calls a “provisional free space” that allows safe experimentation. Girls can “try on a certain role” as they would try on a costume, and become a new character for a short time without consequences […] girl readers imagined new modes of living by reading and then fulfilled their fantasies in life, becoming stronger, more independent women’ (‘Tossing the Pink Parasol: Rebecca of Sunnybrook Farm, the New Woman, and progressive era reform’, Children’s Literature, 2012).

I don’t ever remember reading a book about anyone queer. If I did, they were odd, tormented creatures like Miss Wade in Little Dorrit. But there were tomboys.

The idea of the tomboy was embodied in nineteenth century heroines like Jo or Judy, who were good-hearted, impulsive, courageous (usually white and middle-class) young women, temporarily disturbing the equilibrium of their households and gender norms. ‘I can’t get over my disappointment in not being a boy,’ said Jo March – before she married that boring professor (Little Women, Louisa May Alcott, 1873).

These novels imagined a world in which a young woman could live an independent life, and look beyond the roles and behaviours laid down for her. Many of the prototypical tomboys in fiction lived privileged lives that allowed a little mild subversion. In reality, things were very different, and tomboyish behaviours in novels – such as wearing male clothes or working for a living – weren’t at all outlandish for girls living on farms or working in factories (Tomboys, Michelle Ann Abate, 2008).

Stories about tomboys were enormously popular, partly because strength and independence were becoming more typical of fictional women (although some people still talk about ‘strong female characters’ as if they’re unicorns). But in spite of the fact that readers clearly adored books about heroic young women, the hero’s quest was often reserved for young men… or hobbits. So perhaps it’s no coincidence that, like Jo March, several of the most influential young female characters had boys’ names. Enid Blyton alone created Bill, Darrell, Bobby, Henry, Jo – in tribute to Little Women – and of course George, modelled on the author herself:

George isn’t like a boy. She’s better than one. And she’s unusual among fictional tomboys in that she remains gloriously George. She’s never tamed, doesn’t get killed off like Judy, or married off like Jo, or chucked off a swing into years of bedrest until she calms down, like Katy in What Katy Did.

For while I found my tomboy self in books, it was usually a very temporary connection. Those stories told me that being a tomboy is all very well, but one day you have to settle down or goodness knows what might happen. That’s what Marmie tells Jo and, arguably, The Hunger Games told a new generation the same thing.

Even Hayley Mills became a nun in The Trouble with Angels. Which is, I guess, better than having a gum tree fall on you.

Luckily, young readers often read texts the way they want to, regardless of the words on the page. Queer readers and all of us who are shoved to the margins learn to read or imagine subtext at an early age. Or we just stop reading if it takes a weird turn. Karen Quimby claims that ‘the conclusion [to Little Women] is so unsatisfying and incoherent that most readers reject it in favour of the far more queer middle of Jo’s plot’ (‘The Story of Jo: Literary Tomboys, Little Women, and the Sexual-Textual Politics of Narrative Desire’, Journal of Gay and Lesbian Studies, 2003). The tamed tomboy trope never made any sense to me, but then I never settled down. Now I write characters that don’t settle either.

This all matters – and it matters very much – because generations of girls and young women felt as if tomboy was a definition of gender that they could live. Tomboy modelled independence and courage and mastery. It said, there are other ways to be.

It matters, too, because generations of girls had the tomboy trained or scrubbed or beaten or blackmailed out of them.

It matters because now we can read new tomboys – who may not even be defined by that term – and characters who operate at newly fluid gender boundaries, who open up spaces for stories that speak to the truth of many experiences.

Some passages in this post are drawn from ‘Those wild romping girls: Tomboys performing gender in popular fiction’, presented at the (Re)Thinking Gender conference at the University of South Africa, September 2016. An expanded version of the paper will be published later this year.